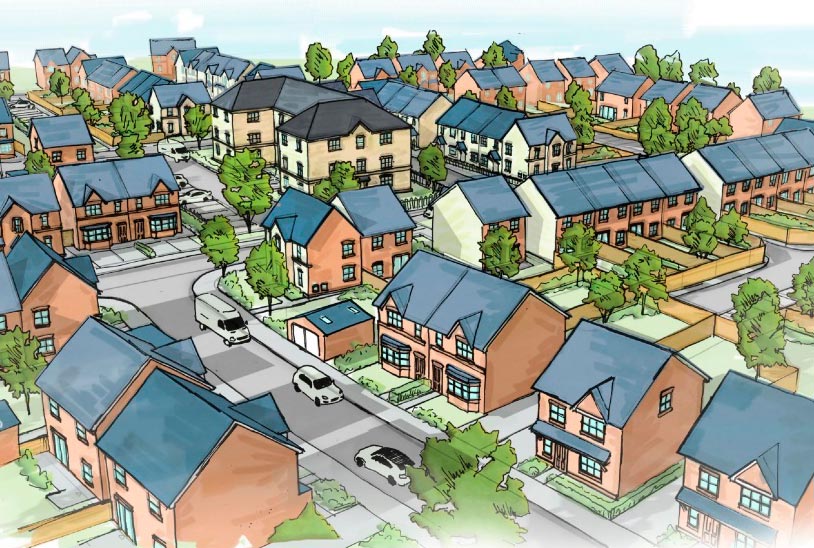 DESIGN plans for a housing development on the Dane Valley have been approved on appeal by the government’s planning inspectorate.

The reserved matters plan – the blueprint showing exactly how 227 homes on the site will take shape – was rejected by Cheshire West and Chester Council’s planning committee in May against officers’ advice, but has now been overturned.

Councillors had rejected the Ainscough Strategic Land/Bellway Homes plan due to concerns over the design quality, which they felt would not achieve the standard of initial proposals given outline planning approval in 2014.

Outline planning consent – with an upper limit of 242 homes and an initial suggestion of 187 – covered including issues such as flooding, which were not considered by the planning inspector in his report published on March 21. 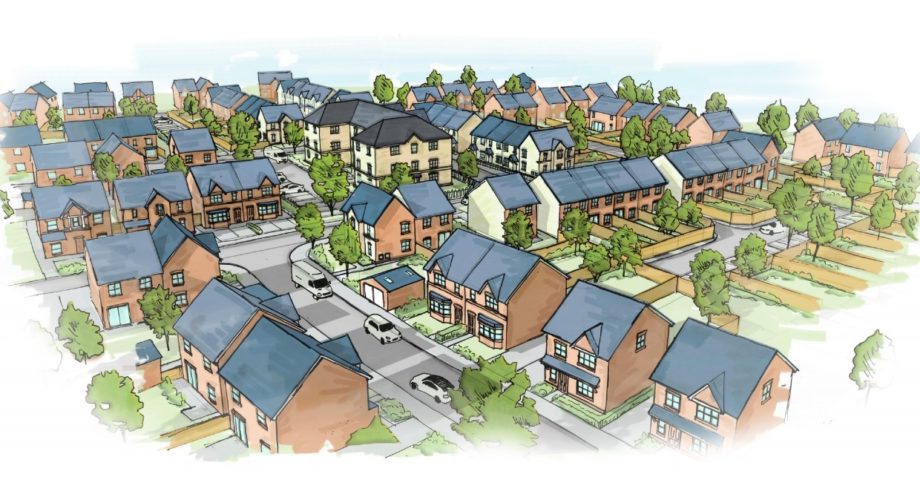 The inspector, Mr S J Lee, pointed out that CWAC’s reason for refusal in May did ‘not refer to any conflict with the development plan’.

Referring to a three-storey apartment block that makes up part of the plans, Mr Lee said: “In my view, the design would complement that of the housing and would not be of a scale or prominence that would cause harm to the character of the area or, in the context of the overall development, views across the valley.

“While I acknowledge that some may prefer the design of the earlier proposal, this is not a reason to withhold permission in this case.”

The development is set to take place on the western side of the Dane Valley, backing onto Withington Avenue and Bollington Avenue with proposed access from London Road.

Town and borough councillors had united to oppose the plans, and call for the 2014 design promises to be upheld before the decision was appealed.

Cllr Andrew Cooper said: “We are extremely disappointed that the inspector has come to the decision he has. We were hoping for a different result but we are where we are.

“Having read the report it’s clear that the big problem was the initial approval [in 2014]. There are a lot of things that you might like to criticise the scheme for, but because it was approved before the adoption of the Local Plan and five-year housing supply, we are stuck with the original approval and it’s very difficult to try and overturn that.

“That’s reflected in the report. We’re disappointed that he hasn’t agreed with our comments to do with the impact on the views over the Dane Valley and in our view the application doesn’t conform to the design guide we produced.

“We will continue to try to work with whoever picks up the planning permission, to reduce the impact on residents.”

The approximate development site within the Dane Valley, with London Road access

Cllr Helen Weltman, CWAC member for the area, spoke against the application in May, saying: “To preserve and enhance the [Dane Valley] views we need a bespoke development which meets the design code.

“Instead this application has generic properties which could be found anywhere.”

The CWAC case also made reference to a change in the council’s housing land supply since outline permission was granted in 2014, although Mr Lee said that did not alter the fact that permission already exists.

He added: “Any matters relating to the principle of development, including issues relating to flooding and biodiversity, are outside the scope of the appeal.

“The fact that permission has already been granted for development in this location indicates that such matters can be adequately addressed and/or are subject to existing conditions.”