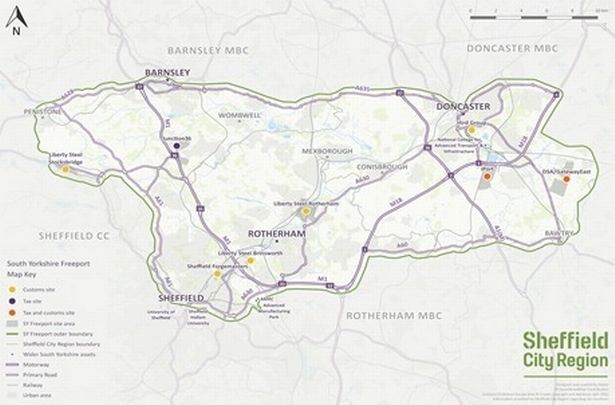 A Freeport for South Yorkshire?

Is that a bold statement? Yes, probably. But, as I would like to explain, it’s also very realistic and achievable when the reasons for creating a new generation of super-industrial areas are examined closely.

The Government hopes to create 10 large low-tax-low-tariff Freeports across the UK. Supported by networks of satellite hubs, the aim is to add extra manufacturing-value to imports and exports moving in and out of Britain.

The Sheffield City Region is an obvious candidate. 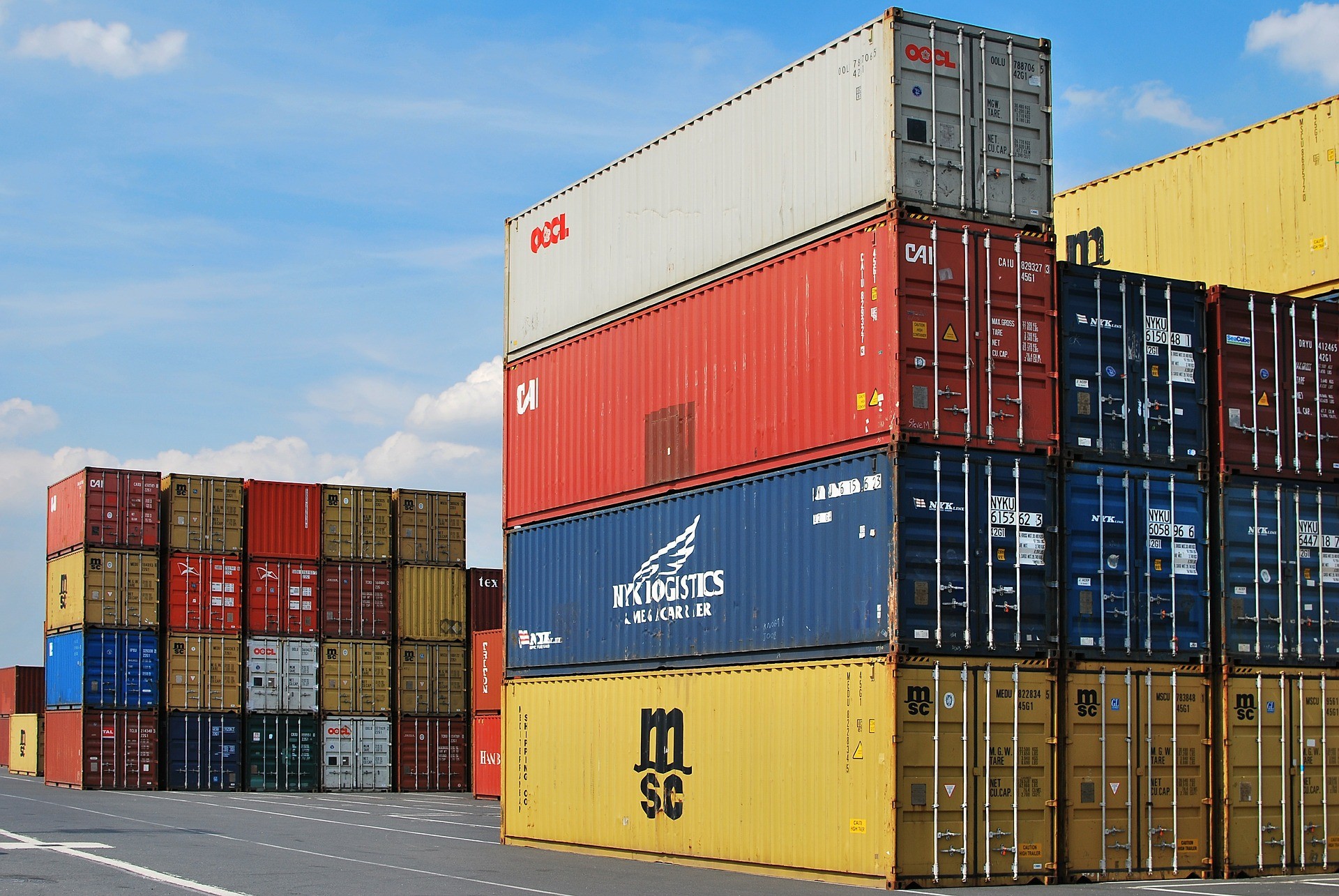 As a post-Brexit trading gateway to the world, it could counterbalance the UK’s current southern bias by dint of its location, modern resources and successful record in post-industrial regeneration.

But it can do much more.

As a leader in the use of low-carbon energy to protect the environment, we could also help the UK and world to keep global temperature rises low enough to combat extreme weather and the growing problems of flooding.

And here, we are particularly fortunate. In an age of advanced technology, Yorkshire’s coal mining legacy has the potential to provide many urgent-needed answers.

One, two and three

There are at least three strong reasons why a Freeport in the Barnsley-Doncaster-Rotherham triangle would be excellent news for the UK.

The first is economic. We are an historic cradle of industry that has already gone a long way to reinvent itself and can achieve much more with an infusion of new capital and infrastructure. 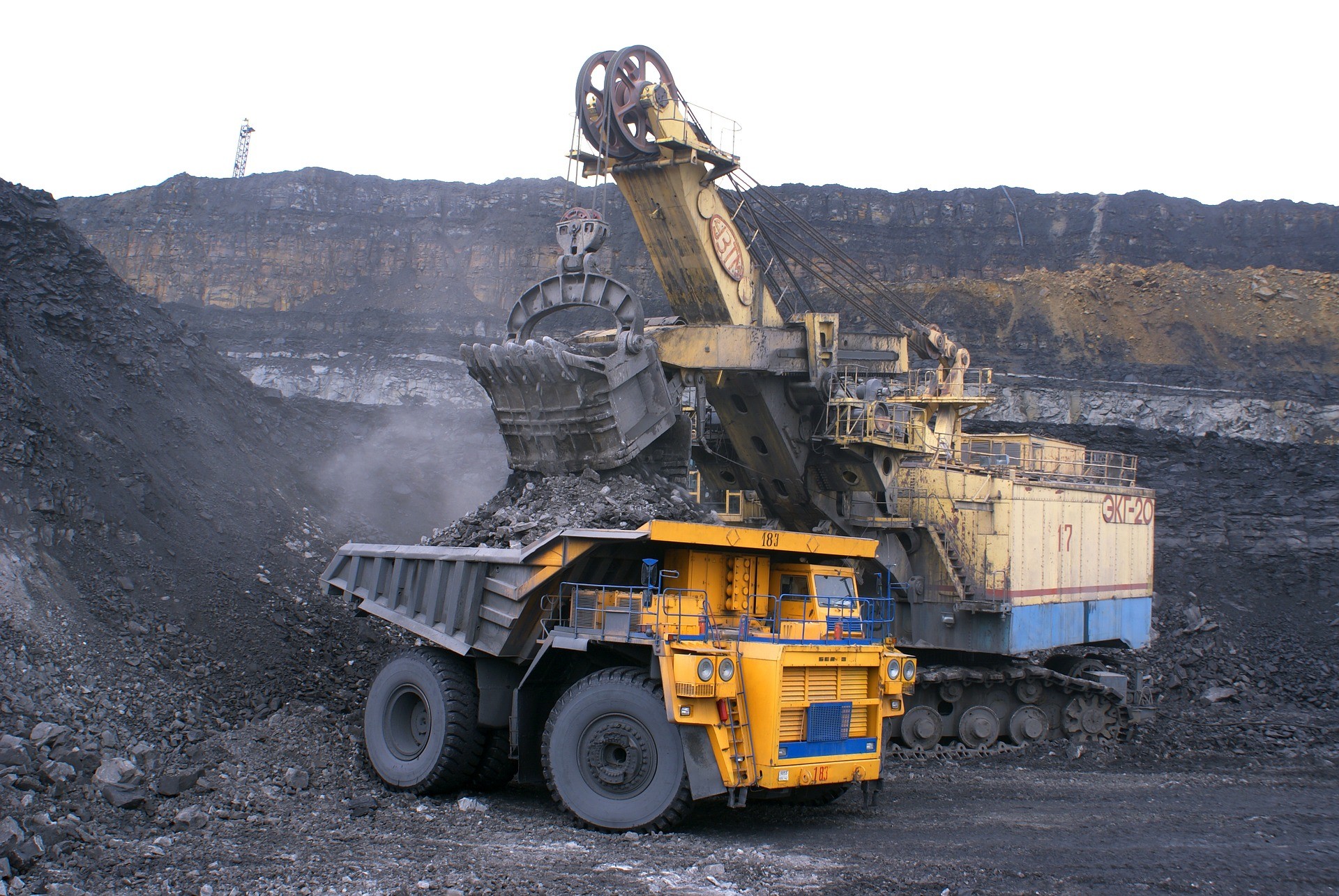 The second is transport. Much thought is already going into a far-reaching logistical revolution that will take goods from A to B far more efficiently, safely and cleanly.

This is another area where I believe we can help to create significant improvements.

By this I mean that as well as making existing transport systems greener, we also know how to move goods ordered online from big-hubs through to customer doorsteps with fewer half-empty delivery vehicles.

I would like to say more about this in a moment because it involves a new generation of local mini-hubs designed to make “last mile” deliveries swift and efficient.

The third point is the clean energy I have already mentioned.

We are ideally placed to help the Government put the climate change genie back in its bottle and cut greenhouse gas emissions to effectively nothing – in other words net-zero by 2050. 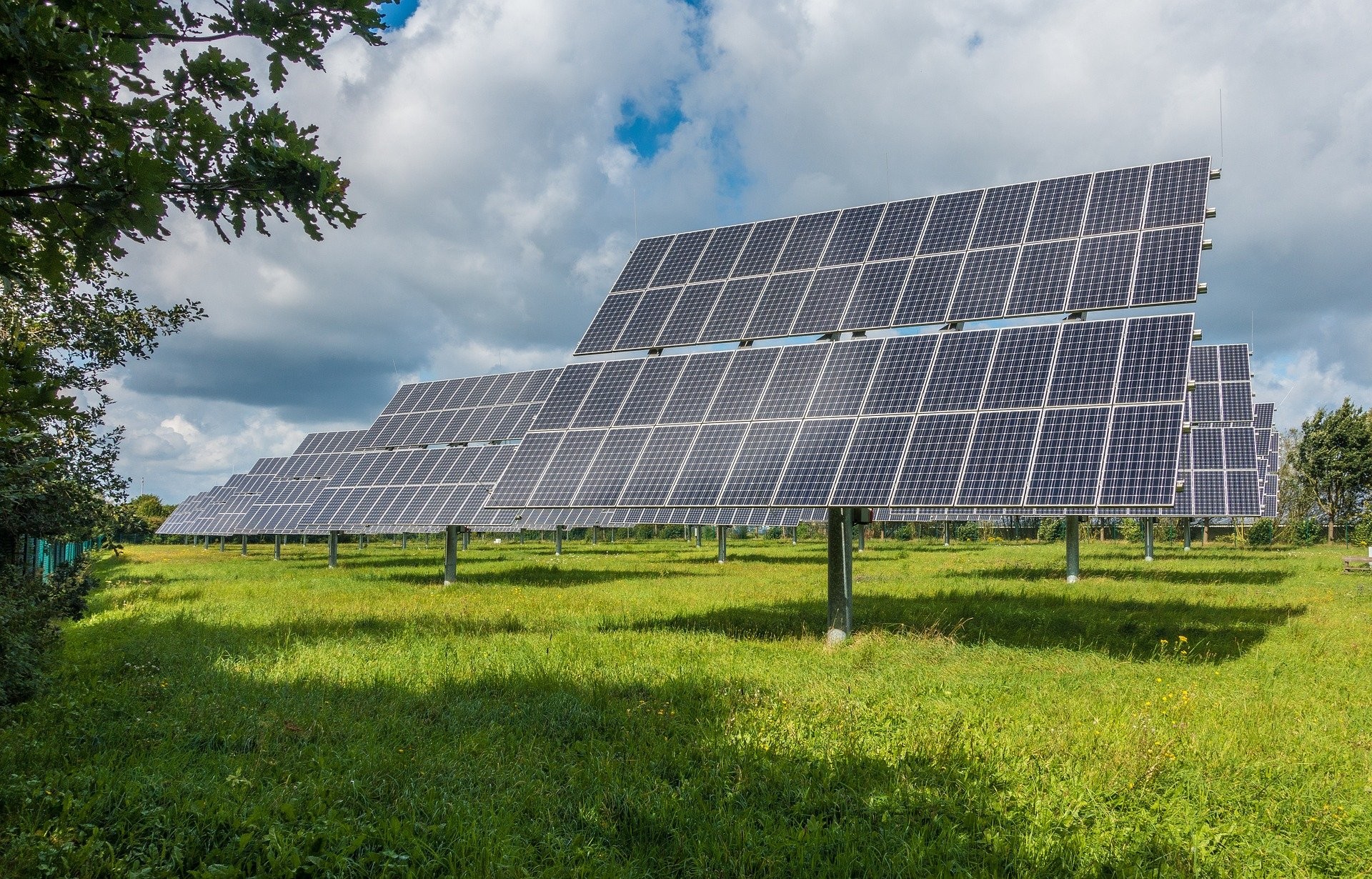 Many innovative sources of low-or-zero carbon energy sources are being developed. But Yorkshire’s mining industry offers us sustainable solutions both above and below ground.

On the surface, Gateway 36 is an example of the impressive satellite hubs a successful regional Freeport infrastructure will need. Built on the former Rockingham Colliery site, it now provide 127 acres of high-quality mixed-use development at Junction 36 of the M1 near Hoyland.

Beneath the surface, our old mines could yield huge amounts of renewable energy as geothermally-heated flood water and natural methane. They also have significant waste-to-energy potential.

As part of its ‘carbon-neutral by 2040’ planning, in July 2019 Barnsley Council began to investigate whether geothermal heat from hot mine rocks could be tapped to provide hot water and electricity. 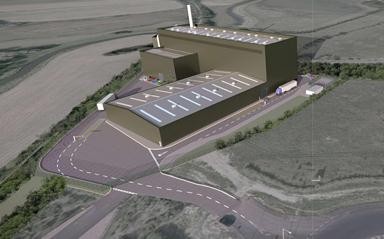 That was before the Covid-19 crisis. But as Councillor Jeff Ennis said at the time, Barnsley “was built on coal, built on mining and if we could use mines for heat there would be a certain elegance to that”. I agree!

There certainly is no shortage of warm water. What is missing is a pipe distribution network However, companies such as Nordic Heat are working to fill that gap.

They must all be green with low-impact traffic movements, high air quality, minimum noise pollution and waste, efficient renewable energy use, and an emphasis on biodiversity – reflected carefully in the planning process. 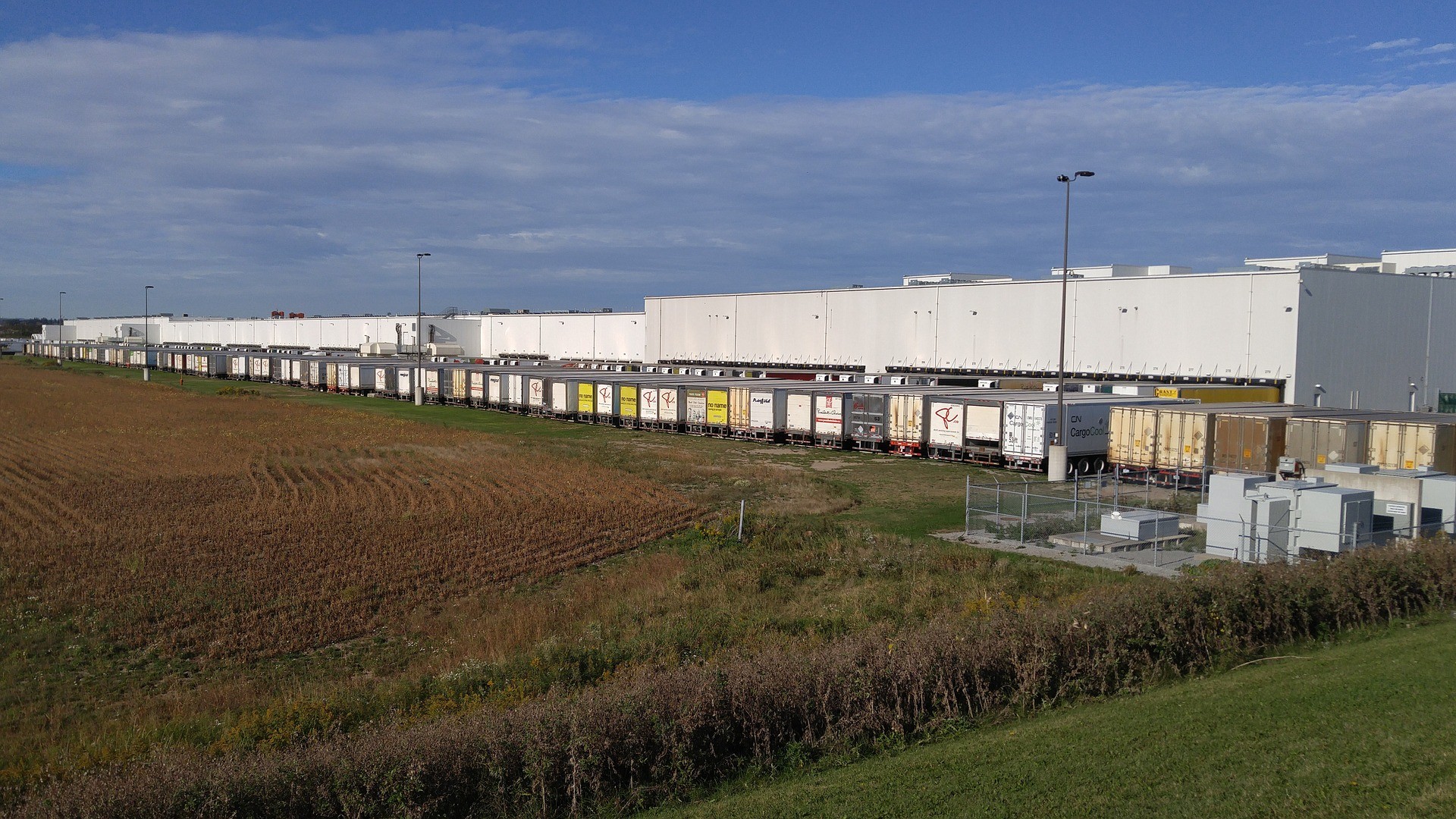 It would help I think if I look at what Freeports are, why the Sheffield City Region is so well suited, how goods can be moved sustainably from port-to-door across the UK … and finally clean mine energy.

Changing how we live, work, travel, import and export

Freeports, or free economic zones, are special trade hubs on the coast, or some way inland, where to encourage greater economic activity tax and customs rules do not apply.

The goal is to allow low-cost imports into the UK with simplified customs documentation or tariffs so that manufacturing value can be added before incoming goods and parts are re-exported.

To move inland products go through the full importing process. That is not necessarily a barrier to business and can boost the flow of trade, which is why broad distribution networks are important.

In post-Brexit UK, Freeport status should also make it much easier to co-operate with global trading partners – including the EU – and speed up the diffusion of new ideas and technologies.

To make then work, the Government’s three key Freeport goals – trade and investment growth; regeneration and levelling up; and creating hotbeds for innovation with R&D momentum.

As International Trade Secretary Liz Truss has explained, Freeport freedoms “… transformed London’s Docklands in the 1980s, and Freeports will do the same for towns and cities across the UK.”

She added, “They will onshore enterprise and manufacturing as the gateway to our future prosperity, creating thousands of jobs”. The Government also wants Freeport communities to fit well into local and national eco-systems.

Here, single provides supply goods in an integrated contract, from ships to ports, storage hubs, and on by rail or road to local distribution centres and customer doorsteps. Air freight is included.

The scale is huge. In effect, much of the British high-street has been replaced by ultra-efficient carefully camouflaged super-warehouses, or “sheds”, up to ten times larger than St Paul’s Cathedral. 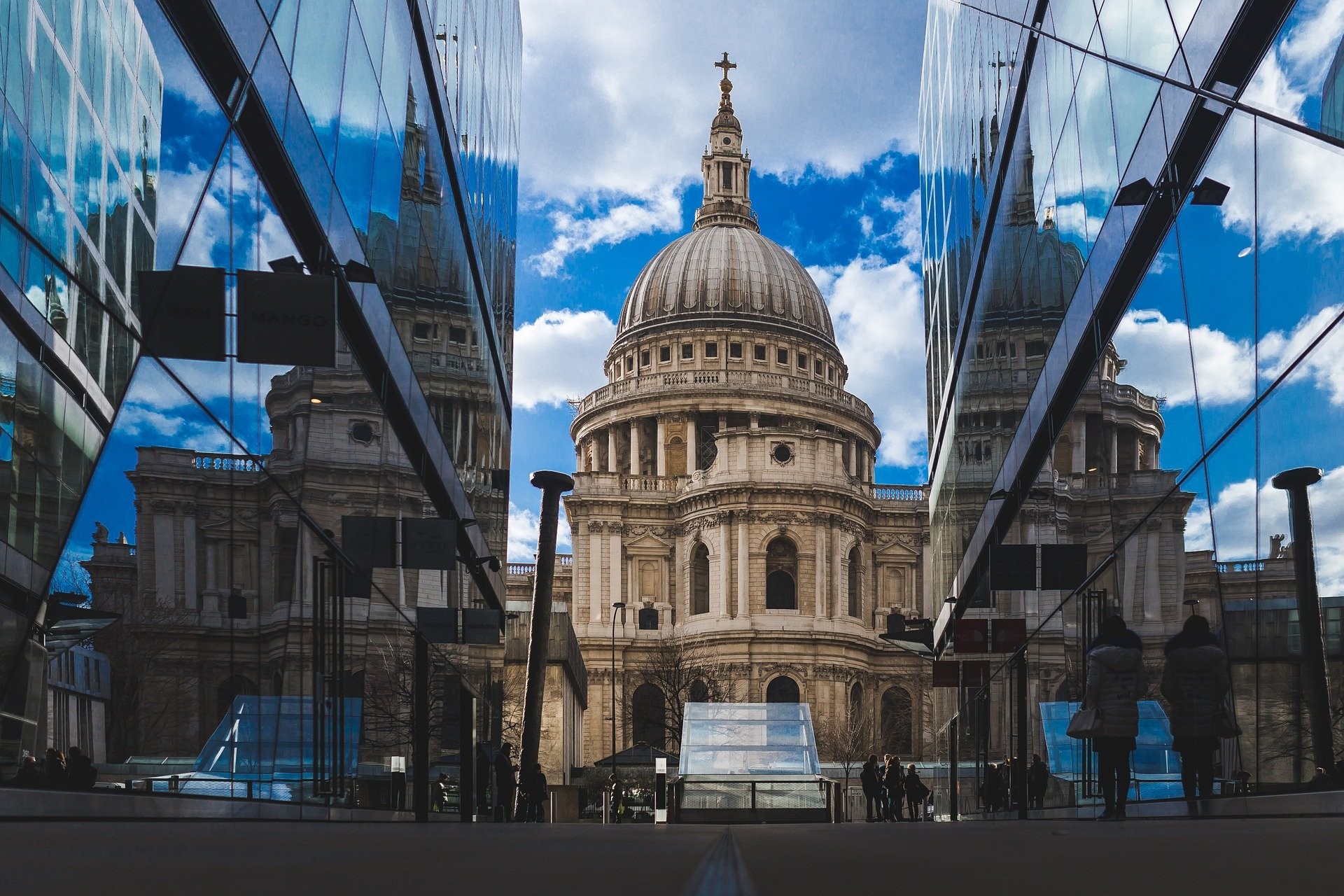 This means that, say, a simple set of napkins ordered by customers in Newcastle, Nottingham or Northampton could all come from the same “big box” in South Yorkshire.

But big shed also bring important green opportunities – such as roofs with solar PV panels and walls that double up as energy storage batteries for the coming zero-emission delivery vehicle revolution.

I’ve used the term “central Britain” intentionally because the Sheffield City Region is already a national bridge between the north and south within a four-hour drive of 87% of the UK population.

We have more development land available than coastal ports. Add to this our skills, university base plus the Advanced Manufacturing Research Centre, Enterprise Zones, business parks, Sheffield Doncaster Airport, and rapid rail links to London and Glasgow.

Freeports must also have easy access to at least one sea port. We have Hull and Immingham, both swift multimodal gateways to the North of England and northern Midlands.

in addition, we have Doncaster iPort, a “future-proofed” multimodal distribution complex with consent for some 557,000 m2 of modern 30-meter-high “sheds”, plus 12 ha of European Gauge Rail Terminal linked to the 5 ha Doncaster International Railport (Doncaster Europort).

Circa £300 million was spent on developing the iPort Logistics Park and Strategic Rail Freight terminal, and another £400 million on warehousing capacity.

Collectively, I think this makes a watertight case. But I need to detail the third element I introduced earlier.

Why the final mile is important

This is where I think neighbourhood mini-hubs can complete the sustainable journey, especially with changes in customer behaviour created by the Covid-19 pandemic.

Having travelled round the world by sea or air, the final mile to customer doorsteps can still account for 28% of total freight transport costs – and plenty of carbon from half-empty delivery vehicles! 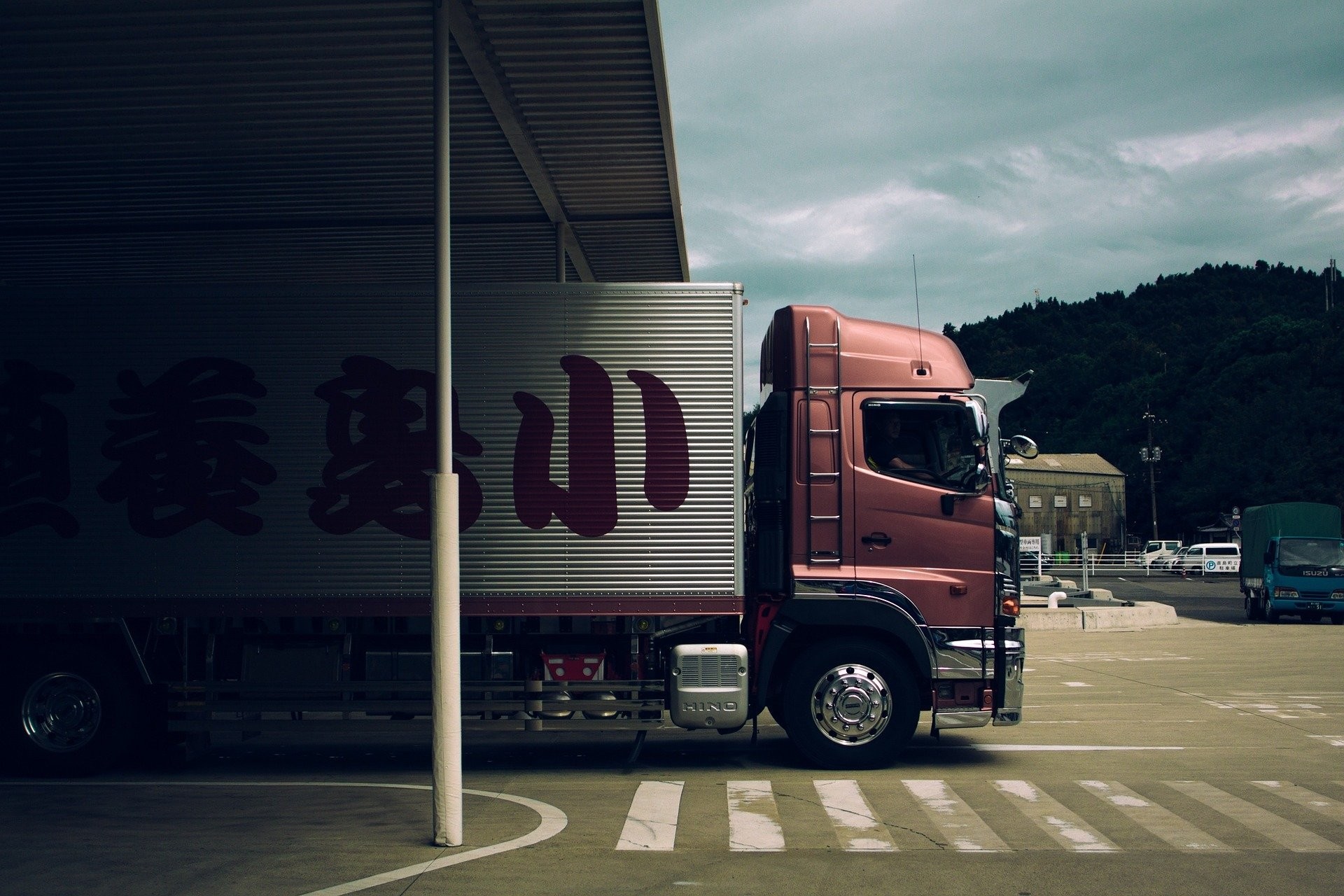 We can combine mini-urban hubs close to customer homes and small businesses that draw on the high-capacity of a Freeport network with emerging delivery technologies, such as robots and drones.

This new concept is being developed by Enzygo, my own independent multi-disciplined planning and environmental consultancy (https://www.enzygo.com/).

With creative planning and design, local mini-hubs could make good use of derelict, neglected, lost or forgotten ground. But that is not the end of the story.

On the same sites, we can also generate solar, wind, and other forms of smart-grid on-demand renewable power, to recharge electric vehicles or generate hydrogen to be used in fuel-cells.

This leads on to the Government’s December 2020 “Energy White Paper: Powering our net zero future”.

December’s paper sets out how various low-carbon goals targeting climate change – including a 2030 end to new fossil-fuel vehicle sales – are coming together (https://www.gov.uk/government/publications/energy-white-paper-powering-our-net-zero-future).

Importantly, it lists strategies, consultations and plans due to be completed in the first part of 2021 which tie in with the ideas I have mentioned above and Freeport hub developments.

Interestingly, there is a commitment to bring “… at least one large-scale nuclear project to the point of final investment decision”.

Another is perfecting a workable UK technology described as building “the sun in a box” that miniaturises the power driving the stars by joining (fusion) rather than splitting (fission) atoms.

Clearly, there is an urgent need for innovative green energy ideas. And that is where using low-cost, low-carbon energy beneath our feet is important.

Energy source under our Yorkshire doorstep

The Coal Authority (CA) estimates that 25% of the UK population live above abandoned coal mines, many with geothermally-heat flood water – including Barnsley.

To help developers and planners identify opportunities to use mine water as a sustainable heat source for homes and businesses, these have been mapped at https://www.gov.uk/government/news/new-maps-reveal-heat-stored-in-britains-abandoned-coal-mines.

At the end of 2020, a pilot scheme at Babbington Colliery near Mansfield expected to extract some 40 litres of warm mine water per second – enough to provide one megawatt of thermal energy to help heat at least 60 homes and a public building above the old colliery. 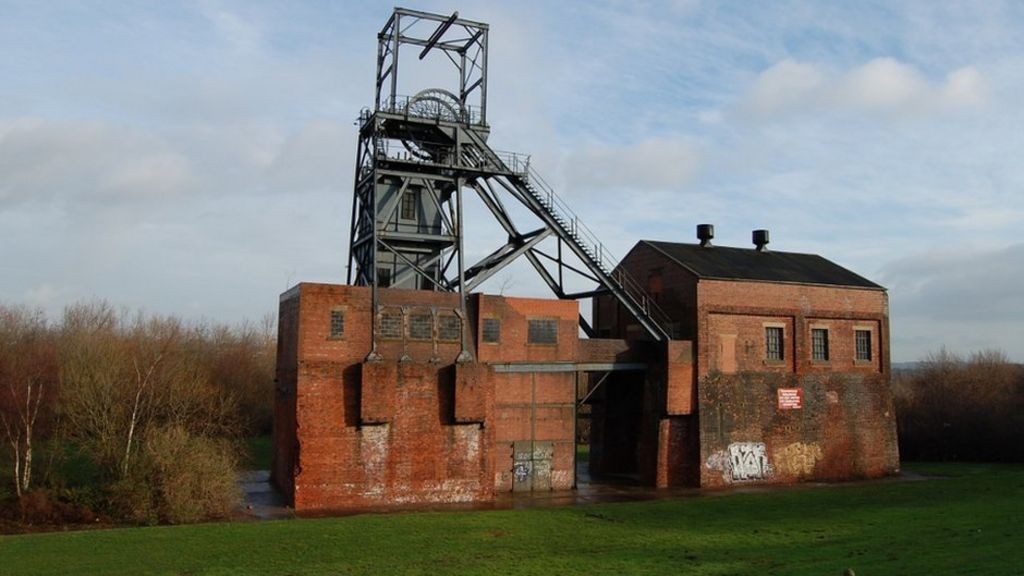 Nordic Heat (https://nordheat.eu/) is one pioneer that could help to provide the missing link, with warm water networks around Brodsworth Colliery an example target area.

Founded by environmental and social entrepreneur Peter Anderberg, it draws on more than 50-years of Swedish experience in developing district energy and energy-from-waste (EfW) solutions.

Houghton Main is already the site of a major renewable waste-to-energy park. Further afield, we can perhaps take waste-to-energy lessons from the Protos industrial eco-park under development in Cheshire to make use of unrecyclable rubbish (https://www.protos.co.uk/).

The Protos goal is to generate power from sustainable sources not yet fully utilised and stop waste going to landfill – examples are turning plastic waste into hydrogen and wood into combustible gas.

To cut costs and share resources and ideas, companies running individual operations work as a co-operative cluster. The ultimate goal is to generate at least 140 megawatts (MW) of low-carbon heat and electricity annually to power more than 250,000 homes.

Protos hopes to replicate this model at other regional sites. Would a South Yorkshire Freeport be an ideal candidate? I hope so.

Please contact me at any time to talk about any of the issues above.
matt.travis@enzygo.com