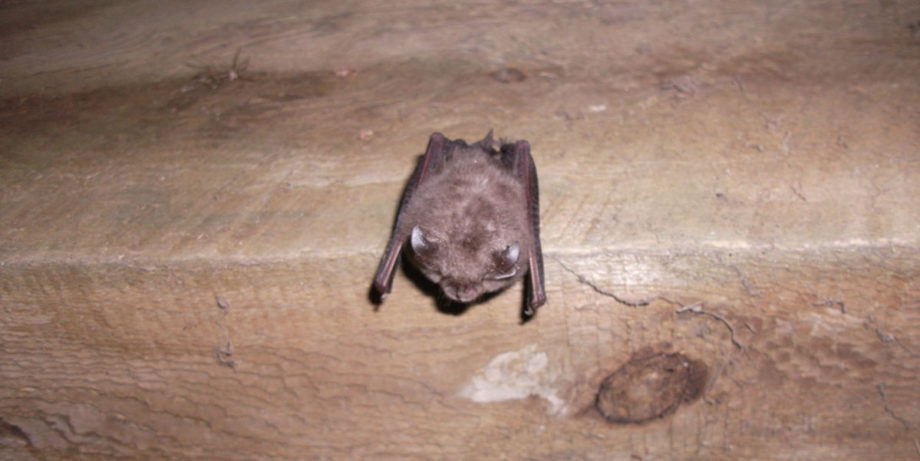 Accurate bat-counting in the dark

This crucial information used to be hard to gather. Bats thrive in the dark. But for dedicated licensed ecologists collating reliable evidence on the world’s only true flying mammals as they stream off into the twilight, a lack of light has often meant a lack of accuracy.

Now, as the video clip shown here from one of our recent survey projects illustrates clearly, technology has tipped the balance into our favour.

This gives us not only much greater clarity, but also opportunities to replay and review recordings while storing the scientific proof critical needed for permission to carry out responsible bat-sensitive site work. Surveys without people present can also be very cost-effective!

Later, as well as outlining our approach to ecological services in generally and our use of infra-red technology in particular, I would like to highlight steps we are taking to help safeguard a wide range of British wildlife that a new National Biodiversity Network survey finds is increasingly at severe-risk.

I also want to show why protecting bats in many commercial circumstances is important for both legal and strong environmental reasons.

Creatures of the night

Halloween and putting back the clocks for folklore and cultural reasons is associated with bats who at first glance may seem to have little in common with light-loving humans. We even use different technologies to “see” in the dark – natural echo location versus heat-detecting cameras.

But this goes to the heart of the problem. Mysterious masters of the night they may be. But dig a little deeper and the lives of bats and human activities cross at many points.
Development work can upset roosts. Busy roads and open spaces – which bats cross reluctantly close to the ground – break up their ranges and create collision risks. Traffic, noise and headlights confuse. Bats prefer low-flying, plus trees or hedges for protection against weather and predators.

Solutions are often relatively simple, non-intrusive and, again with careful planning, cost-effective. They include providing bat-boxes, natural crossing points such as so-called hop-overs, elevated verges, and green bridges that can help to create wider contiguous habitats.

But it is important to understand exactly what is happening first.

The closing months of the year are a potential confrontation point. Bats may be heading towards winter hibernation but the season is perfect for soft strip work around buildings – removing non-structural elements ahead of refurbishment, re-modelling or demolition.

Although essential for property-owners, this can make life extremely difficult for bats whose numbers have fallen severely in the last century. Some ‘indicator species’ are also a benchmark and bellwether for the general health of our ecology and biodiversity.

As a result, owners and their agents have strong legal duties to provide protection. Which is why comprehensive surveys must be carried out under fully-qualified ecological supervision as a condition of EPS Licences from Natural England.

It also underlines the measures that must be taken under threat of severe penalty to safeguard bats and the steps needed to help their dwindling numbers recover and survive.

However, as I said promised earlier to explain, there are good environmental reasons for supporting active bat populations too.

Batting for the home team

I should perhaps mention first that Enzygo’s experienced and licenced consultants provide expert ecological advice across the UK to clients in all sectors (https://www.enzygo.com/services/ecology/) with a full range of ecological surveys and assessments to high standards and current guidance.

Our team members also have proven skills in negotiating with statutory consultees, plus a deep understanding of planning policy. This means that they can tailor mitigation to individual projects and deliver cost-effective solutions and planning permission with minimal conditions. Services include: –

I also need to explain that infra-red technology using the heat rather than visible light spectrum does not disturb bats which have adapted to darkness to avoid predators and hunt night-flying insects.

However, artificial light on roosts and surrounding flight pathways is extremely disturbing to bats and can delay or stop them from emerging altogether. In the worst cases where roosts are abandoned, this is considered to be a breach of legislation.

Bats and the law

The UK’s 17 species of bats account for almost one third of our mammal species and occupy a wide range of habitats, from wetlands and woodlands to farmland and urban areas. Pipistrelles weigh circa 5 grams – the same as a 20p piece – and can eat 3,000 insects a night!

All Britain’s bat and their roosts have UK and international legal protection with strong penalties that make it a criminal offence to: –

The benefits of bats

The flip side is that the world has some 1,300 species of bats that are being recognised increasingly for a wide range of vital environmental gains. These include pollinating flowers – a process called chiropterophily, spreading plant seeds and controlling pests by eating insects that in turn eat crops.

Difficult thought they can be to see, bats are top predators of nocturnal insects. But they are also sensitive to changes in land-use practice, such as more intensive agriculture, plus housing and infrastructure developments and habitat fragmentation.

Other interesting bat-facts are that: –

I promised to talk about the severe threats to British wildlife that other survey work has revealed. Some 26% of the UK’s mammals face extinction, according to an October 2019 National Biodiversity Network report on the state of the natural world (https://nbn.org.uk/stateofnature2019/reports/) that examined almost 7,000 species. It adds that one-in-seven of the total are threatened; 41% have declined since 1970.

Scotland’s fall in average species abundance has been 24%, with circa one-in-ten facing extinction. A quarter of UK moths have now been lost, and nearly 20% of butterflies.

When it comes to flora, almost 25% of UK plants are now classified as at risk of extinction, plus 15% of fungi and lichens, 40% of vertebrates and 12% of invertebrates.

Circa 60% of “priority species”, includes some bats, have declined since 1970 in what is sometimes called “the great thinning”. There has also been a 13% decline in the average abundance of species studied.

Agricultural intensification is named as a key driver, with food production boosted at the expense of farmland biodiversity. Crop treatment with pesticides increased by 53% from 1990 to 2010.

The report adds that targeted wildlife-friendly farming, supported by government-funded agri-environment schemes (AES) “may have helped slow the decline in nature but has been insufficient to halt and reverse this trend”.

Climate change is seen to be “driving widespread changes in the abundance, distribution and ecology of the UK’s wildlife, and will continue to do so for decades or even centuries to come”, the report notes.

Many species, including birds, butterflies, moths and dragonflies have moved their range north over the last 40 years by an average of 20km per decade.

More optimistically a quarter of the UK species studied have increased, including bitterns and the large blue butterfly. Public support for conservation also continued to grow, according to the study.

With the state of the natural world now coming increasingly under the political, media and public spotlight, I’m very happy to discuss bats and all other ecological issues at any time.