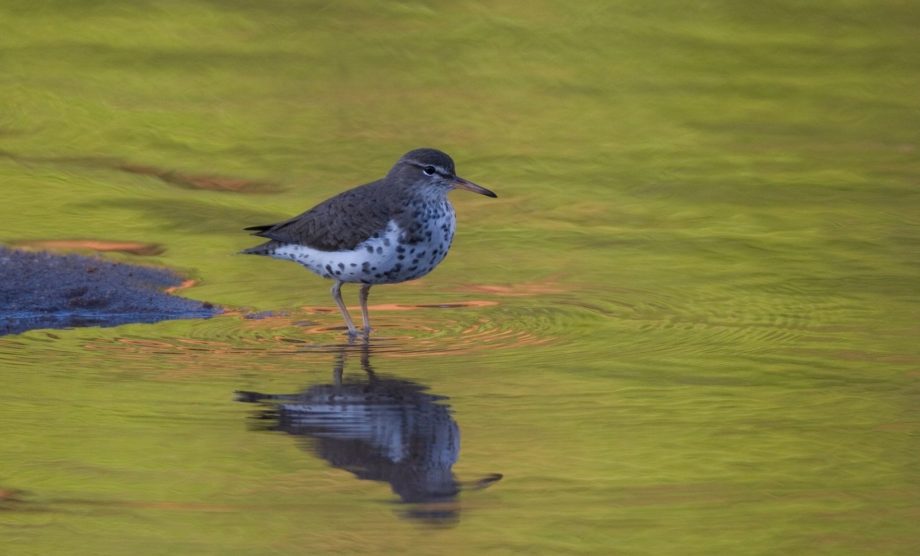 Strict rules now protect key coastal and estuarine wetland conservation sites from nutrient pollution – rules that many developers fear could threaten housing targets in the Southeast, and potentially the rest of England. Are there sustainable solutions to this complex problem? As I would like to explain, yes there are.

The basic dilemma is that our two quite laudable goals of creating homes for people and habitat for vulnerable wildlife species appear to be at odds.

Human activity in our homes and gardens creates ground and water pollution in the form of nitrogen and phosphorus. Made worse by increasingly heavy storms and rainfall, much of this flows away through local water courses to pollute important river, estuary and coastal wetlands as it travels down to the sea – including internationally-protected Ramsar sites.

The current mechanism for reducing the human impact of new housing developments is “nutrient-neutrality”. But this often leads to tight working envelopes which a growing number of developers now feel are putting much-needed housing projects at risk.

A Goldilocks level of nutrients

The basic problem is “eutrophication”- extensive algal blooms and plant growth in delicate open water eco-systems. This is triggered by excessive phosphorus and nitrogen nutrient releases from several sources, primarily farmland fertilisers, slurry and manure-based run-off. The result is damage to fish, shellfish and invertebrates in food chains that support highly-protected wading birds.

Housing developments also contribute to the problem, firstly through foul waste to sewer that local water providers must treat before release, and secondly as a result of long-term pollution from garden fertilisers and pet waste which is mainly washed off by rainfall.

Now Natural England (NE) has stepped in through local authorities ‘requirement to consult’ to ensure that total nitrogen/phosphorus discharges from housebuilding programmes are no higher than before the land use changed.

This may be good for complex food chains which support wild birds. But some developers are worried that it could become a major stumbling block to planning permission and meeting new house-building targets, to the extent that they are considering taking their case to court to contest the evidence.

The challenge is to achieve a nutrient level low enough not to be an ecological threat but not so low that developments are commercially unviable. And as an extra twist, the problem varies from site to site.

How can we ease the situation?

Fortunately, there are things we can do unravel this tricky problem and make building sustainable homes while protecting ecology and encouraging biodiversity compatible.

The first is carrying out detailed catchment-wide assessments along NE-EA guidelines to produce a “nutrient-neutral nitrogen budget”. The second is to identify improvements to wastewater treatment works (WwTW) and agricultural best practice that make a better balance.

However, there is a third pro-active area that splits into several strands. One is more innovative house designs incorporating, say, compostable toilets that reduce water use and foul flows. A second is using low phosphorus detergents in the washing machine and dishwasher and a third is encouraging homeowners to take up “green” gardening without continuous fertiliser use.

But there are also opportunities to use virtually energy-free and easily-maintained SuDS (Sustainable Drainage Systems) that replicate natural water storage and purifying processes, have important flood control benefits, and create attractive new habitat and community land.

In a moment, I would like to outline the eutrophication problem in more detail, show the value of comprehensive assessments, give a successful case example, and explain how we can help to make housing developments more nitrate/phosphate sustainable.

Before that it may be helpful to understand the important conservation drivers behind the rules.

Many threatened areas are Ramsar sites named after the Ramsar Convention – the International Convention on Wetlands of International Importance – signed in 1971 at the Iranian city of the same name. This intergovernmental treaty provides a framework for the conservation and responsible use of wetlands and their resources. Many Ramsar sites are also Special Protection Areas (SPA) and Sites of Special Scientific Interest (SSSI) with legal protection and management guidelines.

Wetlands are defined as “areas of marsh, fen, peatland or water, whether natural or artificial, permanent or temporary, with water that is static or flowing, fresh, brackish or salt” and include marine water no deeper than six metres at low tide. As of May 2018, England had 68 Ramsar sites covering an area of 320,648 ha – the UK has a total of 175.

In a nutshell, the problem which seems to have escalated by default in the last two years is that eutrophication is causing wetland waters to choke-up and stagnate, introducing a chemical threat, and altering delicate pH values. This in turn is compromising food chains for bird species protected by the European Community Wild Bird and Habitat Directive. 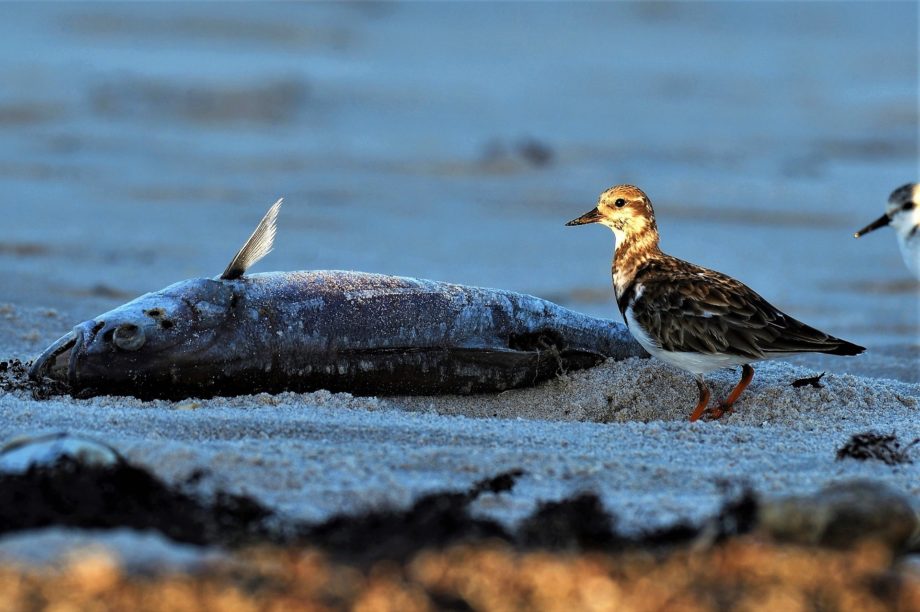 Under the existing EU Water Framework Directive – which we must assume will be translated into any post-Brexit UK environmental law – total nitrogen and phosphorus emissions (run-off) from a new housing development catchment must be no larger than under its former use.

This may make local sense, but wide variations between sites and locations could jeopardise individual housing projects and throw the Government’s aim of “development on appropriate land” into disarray, particularly for brownfield land.

As an example, the existing high emission rate from grade one prime arable crop-growing land may be appealing to developers because despite higher land prices as it is easier to achieve nutrient-neutrality by removing the fertilisers and so relative levels of nitrogen and phosphorus once the site is developed. Conversely, lower quality grazing land is cheaper but comes with a narrower emissions envelope and the prospect of higher mitigation costs. Brownfield land is normally relatively-cheap but development then needs more mitigation which means nutrient neutrality might not be achievable!

Carrying out a comprehensive nutrient-neutral assessment is a strong starting point that highlights key parameters and touch-points. We then examine a range of issues. The example given below is a typical and useful template.

Foul sewers – Most solutions involve tackling foul waste – foul sewers take “wastewater” from sinks, toilets, baths, showers, washing machines and dishwashers via the sewerage system to a local treatment works where strict standards must be met before flows are released to the environment.

Where local authorities have a long-term housing development strategies, water authorities must provide sufficient treatment capacity to protect the environment from new emissions. This often falls under Section 106 of the 1990 Town and Country Planning Act as private agreements between a local authority and a developer seeking planning permission.

One mechanism can be the Community Infrastructure Levy (CIL) whereby an authority makes a charge per house developed that goes towards local community (societal) improvements. These can include medical facilities, schools, parks, roads and treatment of emission run-off increases. Water authorities also receive money linked to the rateable value of properties that will benefit from increased treatment works capacity and final effluent quality.

A second mechanism is the Catchment wide NMP (Nutrient Management Plan] – see the assessment example below.

A second strand is reducing nitrates/phosphates from sources such as traditional gardening which can go together with recycling ‘grey’ bath water and building ‘rain gardens’ that absorb runoff.

Many new homes include soakaways that allow surface water from roofs and drives to be piped under gravity to large underground gravel-filled pits within the property boundary, usually some three to four metres away from foundations. Water then drains slowly into surrounding ground.

The magic of SuDS

SuDS can be used to treat flows from WwTWs through denitrification and sedimentation, plus flows and part-flows from existing streams and rivers.

SuDS work well for residential developments where ground can be profiled into vegetated shallow swales, reed beds, filter trenches, retention ponds and basins that clean and store storm water temporarily until it can be seep into underlying aquifers or discharge under control to watercourse. They need no artificial energy beyond that used for maintenance, and are intrinsically robust, attractive and environmentally sound.

By extending the use of reed beds and vegetation as part of SuDS we can increase the capacity for taking up nitrates and phosphates and provide new habitat for a diverse range of plant and animal species. As storm-water wetlands designed to treat intermittent and extreme wet-weather flows, SuDS can also add to natural flood defences. Well-landscaped schemes look nice too! 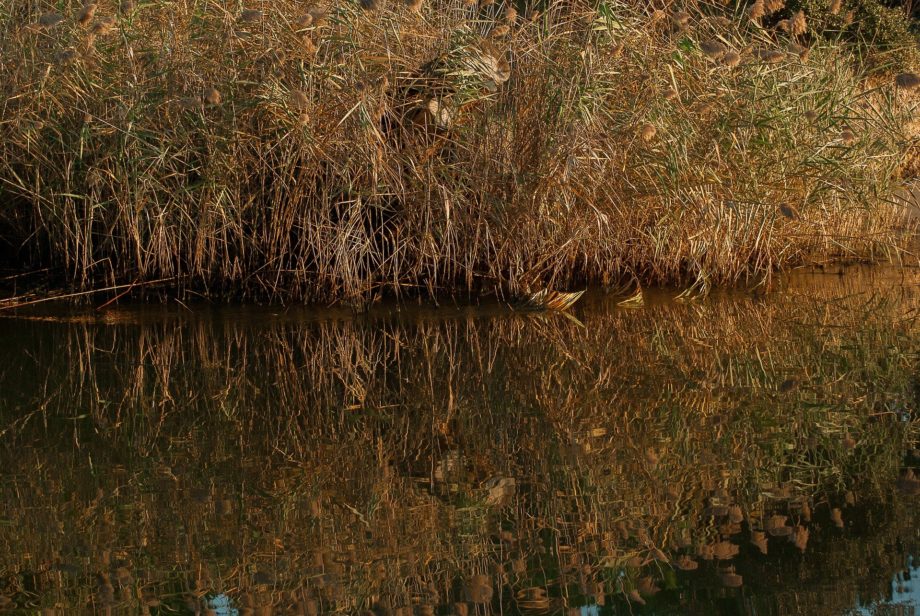 Natural England and the Environment Agency have looked carefully at the problem of migrating phosphorus emissions from future urban developments and recommended the installation of sediment traps, plus porous paving, to reduce run-off and flood risk.

However, on a specific large scale residential development linked to a major South of England river system where the potential phosphorus emissions threat was estimated to be high but only zero additional levels were permissible, Enzygo used its Site Pollution Index Tool (SPIT) analysis to, firstly, identify the treatment effects of different SuDS train feature combinations, and secondly, the best overall SuDS configuration.

The most effective treatment train proved to be a two/three stage treatment train with a combination of two swales draining into a detention basin. This ensured a negligible impact on receiving waters and, therefore scope for nutrient-neutral developments.

We also found that the additional use of SuDS elements such as constructed wetlands could be used to provide a final ’polish’ to the treated effluent.

An option not mentioned so far that may be included in any assessment is SANG (Suitable Alternative Natural Green Space). SANG refers to land reassigned to protect SPAs of international nature conservation importance under the European Community Wild Birds and Habitat directives. These are essentially buﬀer zones.

Examples include the Thames Basin Heaths Special Protection Area over 8,400 hectares of Sites of Special Scientific Interest (SSSI) in Berkshire, Hampshire and Surrey, and an SPA designated for breeding populations of Dartford warbler, nightjar and woodlark. A levy called SAMM or Strategic Access Management and Monitoring is charged on new developments in the area in each SANG.

Owners of large land takes can potentially re-designate, say, agricultural land as woodland, building homes on half a site and leaving the other as SANG. An alternative is for other agricultural land in the catchment to remove nitrogen by changed use to woodlands, heathland, saltmarsh, grasslands.

I would be happy to discuss these studies and any other water quality issues at any time.