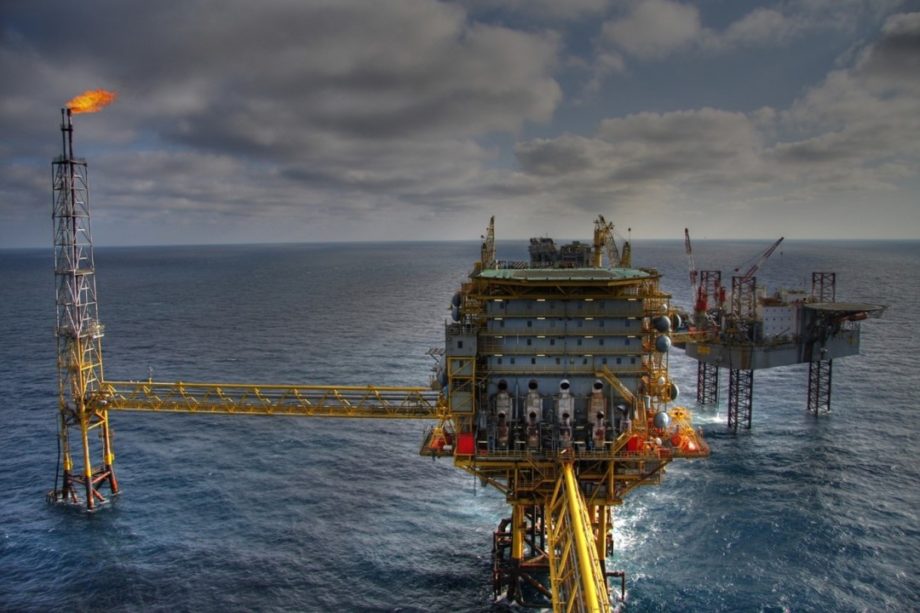 Energy crisis! What crisis … and what solutions?

Is the energy crisis here to stay? And if it is, can we build new ‘resilience’ into our communities, economic and industrial systems to protect ourselves – and those who will come after us – from present and future ‘fuel’ shortages?

Yes, we can, although the term ‘resilience’ when applied to the uninterrupted supply of watts and therms – rather than the pandemic or economic crises – does need some clarification.

It generally refers to being able to recover quickly from difficulties. However, in our context it means being able to: – use less energy, use energy efficiently, and use green energy.

To achieve the first two – doing more with less – we will have to fundamentally change our energy behaviour and adopt new technologies. The Carbon Trust, Environment Agency – and many local sustainability programmes – are good sources of sound advice and hands-on best practice.

Putting the new hardware in place

However, being able to provide uninterrupted access to renewable energy can be a tough practical challenge that increasingly involves designing, constructing and operating new state-of-the-art infrastructure.

In fact, some technologies are so new that they are still evolving when planning permission is granted, and this is where Enzygo’s successful planning and permitting experience has been pivotal (https://www.enzygo.com/).

As explained later, we work closely with developers, government agencies, local authorities and communities to get much-needed new power generation and energy storage projects up and running as quickly as possible. To date Enzygo have gained planning permission for over a GigaWatt of Power!

A question of timing

How do these various pieces fit together? I would like to look at how unfortunate supply and logistic decisions in the past, plus more recent weather events, have brought us to the present crisis.

It is also important to be aware of the growing array of new innovative technologies that could help us to pull out of the current international crisis if we can create the infrastructure to deliver them.

At the end of this post, I have included a brief synopsis of technologies and targets set out in the Government’s October 2021 Net Zero Strategy (“UK’s path to net zero set out in landmark strategy” – https://www.gov.uk/government/news/uks-path-to-net-zero-set-out-in-landmark-strategy).

However, we also need to look quickly at why the energy emergency is hitting us so hard at this particular time.

A major problem is that the crisis coincides badly with our urgent need to move on from two centuries of fossil-fuel use to the new era of efficient no-or-low-carbon renewables that will help to keep a warming world cooler and avoid the worst impacts of traumatic climate change.

A combination of heavy energy demand, compromised energy supplies, plus the low-carbon transition, has revealed deep fault lines in our global and local energy supply, storage and distribution systems that have been festering for years.

To bridge them safely, we need infrastructure yesterday that we can’t have until tomorrow because technically and commercially we are between a rock and a hard place.

Our challenge is to minimise the time taken to design, submit planning and permitting applications, answer relevant questions to the satisfaction of all parties, and put shovels into the ground. The key is being able to provide perceptive, accurate, high-quality, totally trustworthy information.

Storm before the calm

Ironically, climate change itself has perverse tricks up its sleeve!

The goal of the UN COP process – and the COP26 global climate summit in Glasgow – is decarbonising the planet to keep future temperature rises down to at 2.0oC, and preferably 1.5oC.

The UK has pioneered in recent years the rapid development of a large-scale/low-cost offshore wind industry which could be a strong template for other emerging renewables mentioned later.

The wider implication is that we need to develop a larger energy storage capacity to cope with more erratic than expected intermittency.

A crisis a long time in coming

As mentioned above, we are being squeezed between two opposing pressures that have been described as the first shock of the new energy era.

The ‘rock’ is forcing some countries faced with gas shortages, rising prices and transport gridlocks to put sustainability ‘on the backburner’ and fall back onto high-carbon fuels like coal, diesel and oil.

Meanwhile, environmental survival is a ‘hard place’ that is forcing an increasing number of nations to make the big leap to renewables … plus new smaller ‘local’ forms of nuclear technology.

Globalisation has traditionally been seen as good. But ships waiting at anchor to unload, shipping containers stacked at key ports, and the hugely expensive blocking of the Suez Canal that may not be a one-off, show that something is badly wrong.

We rely on gas pipelines thousands of miles long, oil tankers that load and discharge at distant offshore terminals because they are too large to come into port, and LNG (liquefied natural gas) vessels that in one instance reached Milton Haven just in time to keep UK homes warm and industry running.

I was recently able to explain why I believe the crisis is affecting us all at home and at work in a Radio Sheffield interview (https://www.enzygo.com/matt-travis-sheffield-radio-11th-october-2021/).

A key problem is that between May and October 2021, the price of a basket of oil, coal and gas soared by 95% – leaving us exposed to market forces and narrowing supply options.

Unfortunately, the UK chose to close its Rough offshore natural gas storage reservoir in 2017, and recently felt it necessary to turn its coal-fired power stations back on, despite promising to phase out coal in 2024.

Circa one third of UK electricity currently comes from gas-fired stations. We don’t rely any one country for our gas supplies, although in 2020 we did import 1.4 million metric tons from Norway and 5% of our total from Russia.

However, last winter was unusually cold across the world. This drove up prices and created the supply bottlenecks we are experiencing today as the global economy tries to bounce back tentatively from Covid-19.

Even so, renewables overtook fossil-fuels in 2020 as the UK’s largest electrical power source; gas, coal and oil were narrowly beaten by solar energy, biofuel and hydropower. Wind provided 25% of the total.

Better still, on one May morning this rose to 17.7GW, or nearly two-thirds of the UK’s grid energy mix. A decade ago, coal provided some 40% of our power; wind had a 3% share.

New technologies for a new world

What are the alternative energy sources? Fortunately, a range of new technologies are emerging.

They include the hydrogen economy (https://www.enzygo.com/tiny-hydrogen-gets-set-to-knock-out-big-bad-carbon/), plus old and new nuclear technologies. Wind – despite wind droughts – and solar are in the mix.

The Government’s new Net Zero Strategy plots a path for bringing these on-stream, including resilient smart grids that can match washing machine use with late-night off-peak power periods. As another example, supermarkets are being paid to switch their freezers off for short periods to smooth our peak-power demands.

However, the private sector is pioneering technologies which if successful could be ramped up into major new industries in the same way that wind and solar power came of age in just three decades.

This includes a movement to see waste not as waste but as a potential fuel.

Enzygo’s approach to planning and permitting is well-suited to the renewables revolution. We bring together technical, landscape, ecology, hydrology, acoustic and geo- engineering experts who have jointly secured planning consent for almost all our major projects.

A point made earlier is that the UK needs a larger energy storage capacity to cope with the intermittency of weather-dependent renewable energy sources.

Since 2015, our work has includes some 1GW of landfill gas, natural gas and battery energy storage facilities, plus consent for plants designed to handle and process some 1.5 million tonnes of waste.

While providing planning, permitting and ‘end-of-waste’ advice for the early development of ‘waste-to-fuel’ plants, we have also led innovative ‘waste-to-energy’ projects.

That includes helping to prepare and submit planning applications for five niche facilities based on the combustion of refuse-derived-fuels with lower calorific values using HoST technologies.

These projects underline the evolution of energy recovered from waste in the circular economy.

Combined, they could manage a further 510,000 tonnes of waste annually and generate 175MWth of heat and power energy to support the local community of industry.

Velocys – first of its kind in the UK and Europe

The World Economic Forum believes that sustainable aviation fuel (SAF) is the airline industry’s most promising decarbonisation policy. Aviation accounts for some 3% of total EU greenhouse gas emissions (GHG), a figure that is projected to rise dramatically by 2050.

It was, therefore, important that Enzygo was able to win flexible planning consent for Velocys, the UK’s first waste-to-jet fuel plant at Immingham near the Lincolnshire coast (https://www.enzygo.com/enzygo-secures-planning-permission-waste-to-jet-fuel/).

To emphasise the significance of this point, it means that the company can now adjust the development’s design as it progresses without re-applying for additional consents.

This form of consent could be extremely useful in the development of other fledgling renewables.

Velocys’ overall goal is to convert some 600,000 tonnes of household and commercial residual waste annually into low-carbon aviation and road transport fuel.

When completed, it will have the potential to supply sufficient fuel to keep British Airways jets airborne on long-haul routes to Florida, Texas and Los Angeles – plus 100,000 road haulage vehicles.

The sustainable bonus for the world will be circa 70% lower GHG emissions per tonne than conventional fuel, a 90% cut in soot and particulates from aircraft engine exhausts, a 40% carbon monoxide drop, plus almost no sulphur dioxides.

The rigorous Climate Change Committee (CCC) says it shows how the UK will halve emissions by 2030, eliminate them by 2050, create green jobs, and source the necessary funding (https://www.theccc.org.uk/2021/10/26/governments-net-zero-strategy-is-a-major-step-forward-ccc-says/).

Specifically, the strategy aims to: –

If you would like to talk about these or similar projects – and achieving far more with less – do please contact me directly!