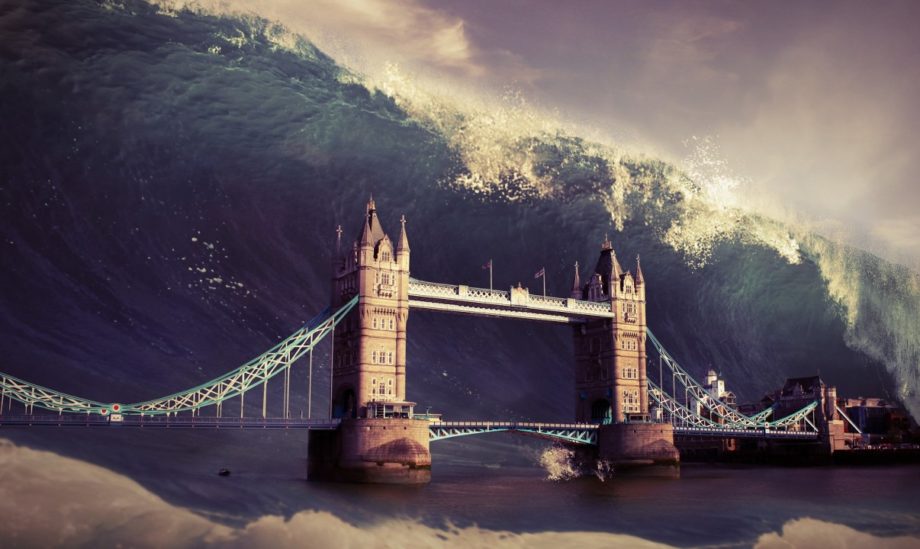 Learning how to live with floods

The UK can no longer rely on ever-larger flood defences for protection against heavy rains that can now fall almost anywhere at any time. The alternative is learning how to live temporarily, but regularly, with water. Which is why we are already planning sustainable communities on flood plain land designed to cope with deteriorating climate change conditions.

In a moment, I would like to give a couple of practical examples of how global warming is beginning to influence the way we develop solutions for clients, and whether we fight it or learn to go with the flow. But first it important to understand why our general approach is changing.

As an island nation at a point on the globe where several major weather patterns meet – including the increasingly erratic Gulf Stream – we face a four-sided problem which is probably unique.

The first is that to meet the UK’s growing housing needs we have little choice but to build on flood-prone development sites. Secondly, however, major storms that saturate the ground are increasing the volume of rainwater run-off to swollen rivers and waterways which normally go out to sea.

Thirdly, worse still, recent studies suggest that global warming will lead to mean sea level rises this century of not circa one-metre, but close to two-metres. Our fourth problem is that this will increase coastal and estuary flooding, force rivers back on to flood plains and push salty water further inland.

Fortress Britain is no answer

The answer has to be a balance between mitigation – constructing ever more expensive and expansive flood defences – and the EA’s increasingly preferred option of resilience – learning how to let water into our homes and workplaces and live fairly happily with the consequences. 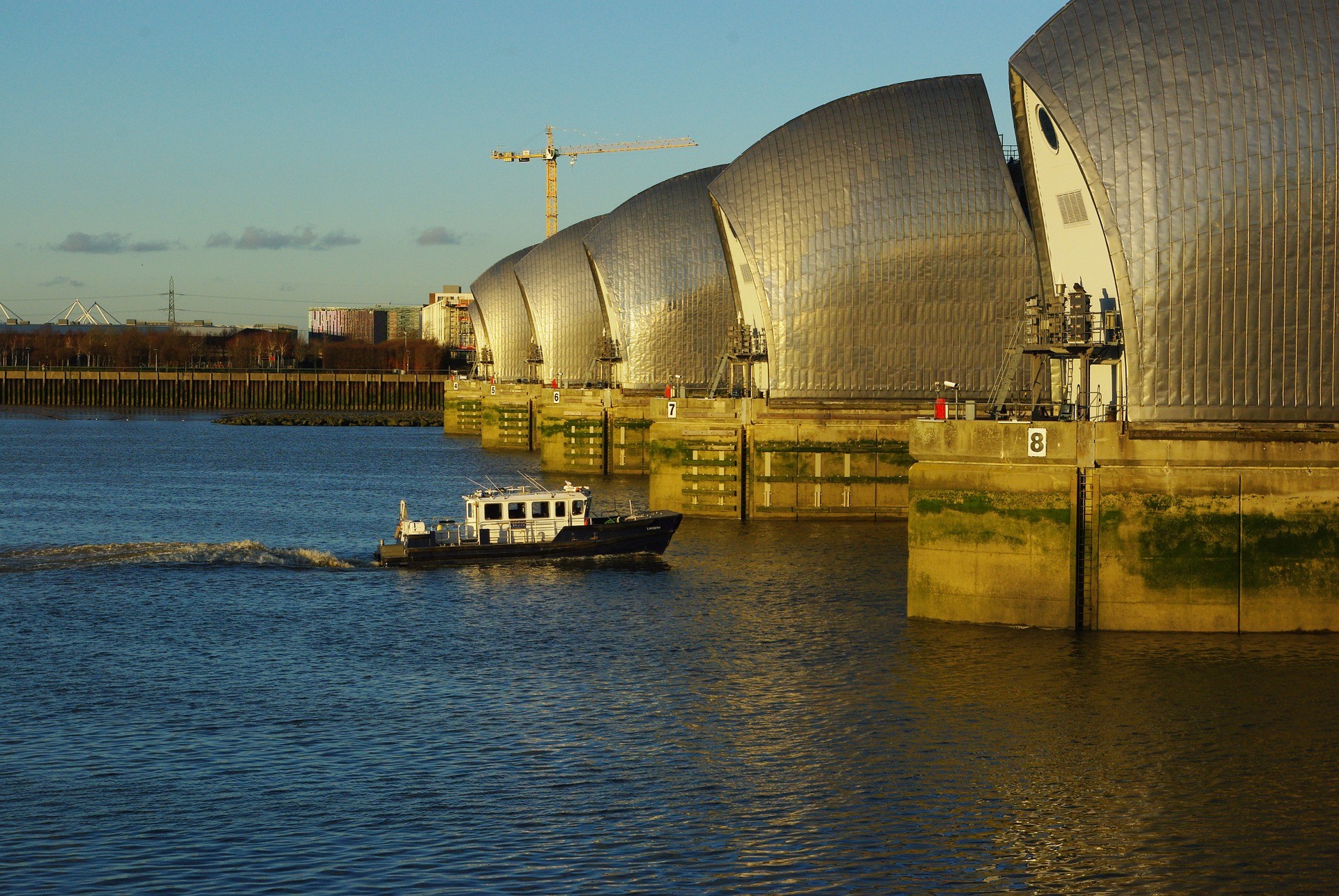 I thought one way of illustrating the mitigation v resilience concept might be to use the well-known circular symbol of Yin and Yang Chinese principles where one side represents the extent to which we can change life and the other the degree to which life inevitable influences us. 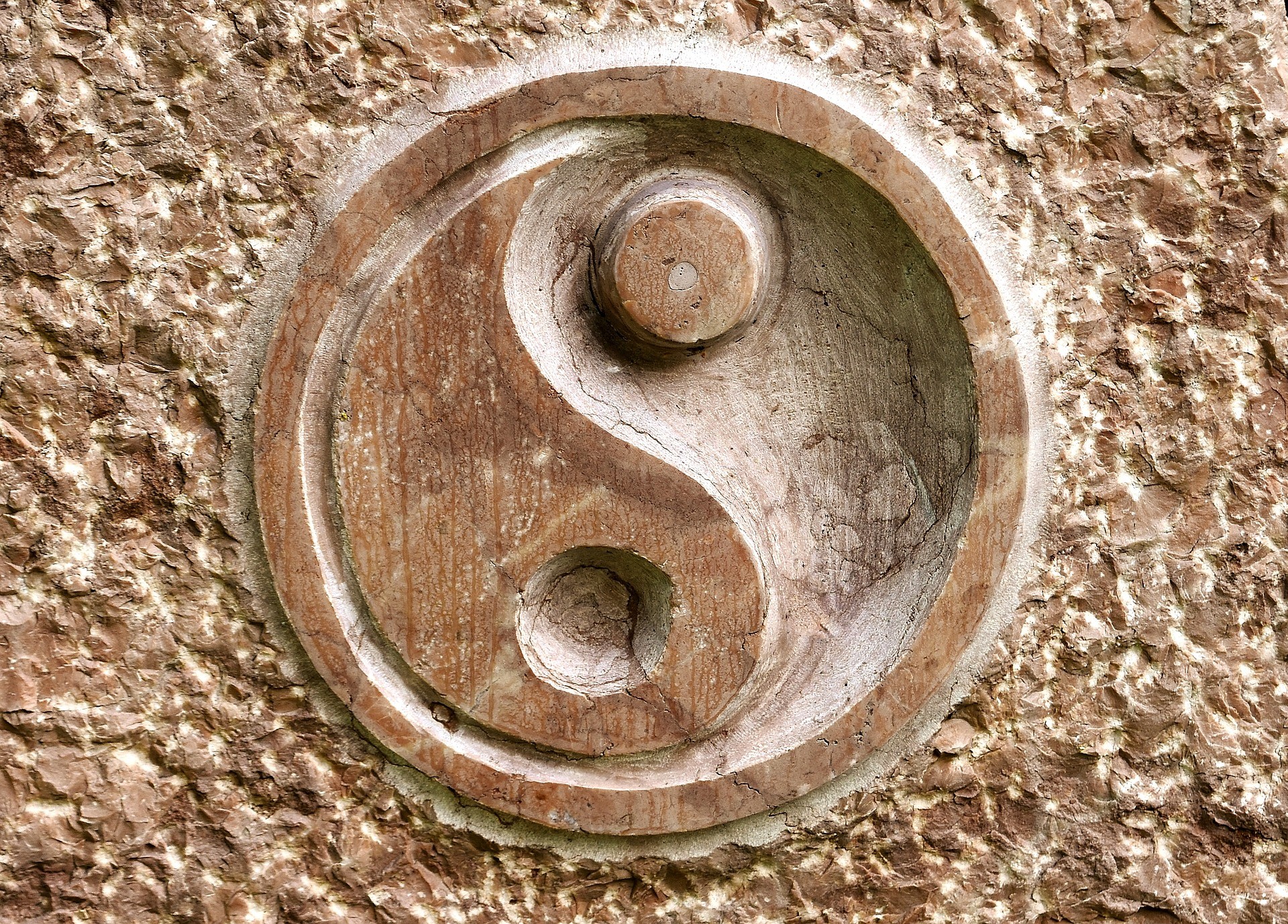 However, the relationship between mitigation and resilience is not only more subtle but also moving rapidly towards resilience at an increasing pace. This is why the EA in its new consultative National Flood and Coastal Erosion Risk Management Strategy for England, due to be laid before Parliament in winter 2019, suggests that all new developments must be resistant to flooding and coastal change by 2030, and all existing infrastructure by 2050.

Mitigation and resilience for people and businesses

A very simple example might help to show what is happening. Many companies and property-owners are already in situations where constructing, say, a one metre-high bund will cope with all their known flooding risks. But this is expensive while the probability of a high flood event actually happening is currently quite low.

So a reasonable compromise might be to build a much cheaper, say, half-metre high wall and live with the limited flood damage – which is itself a form of resilience. 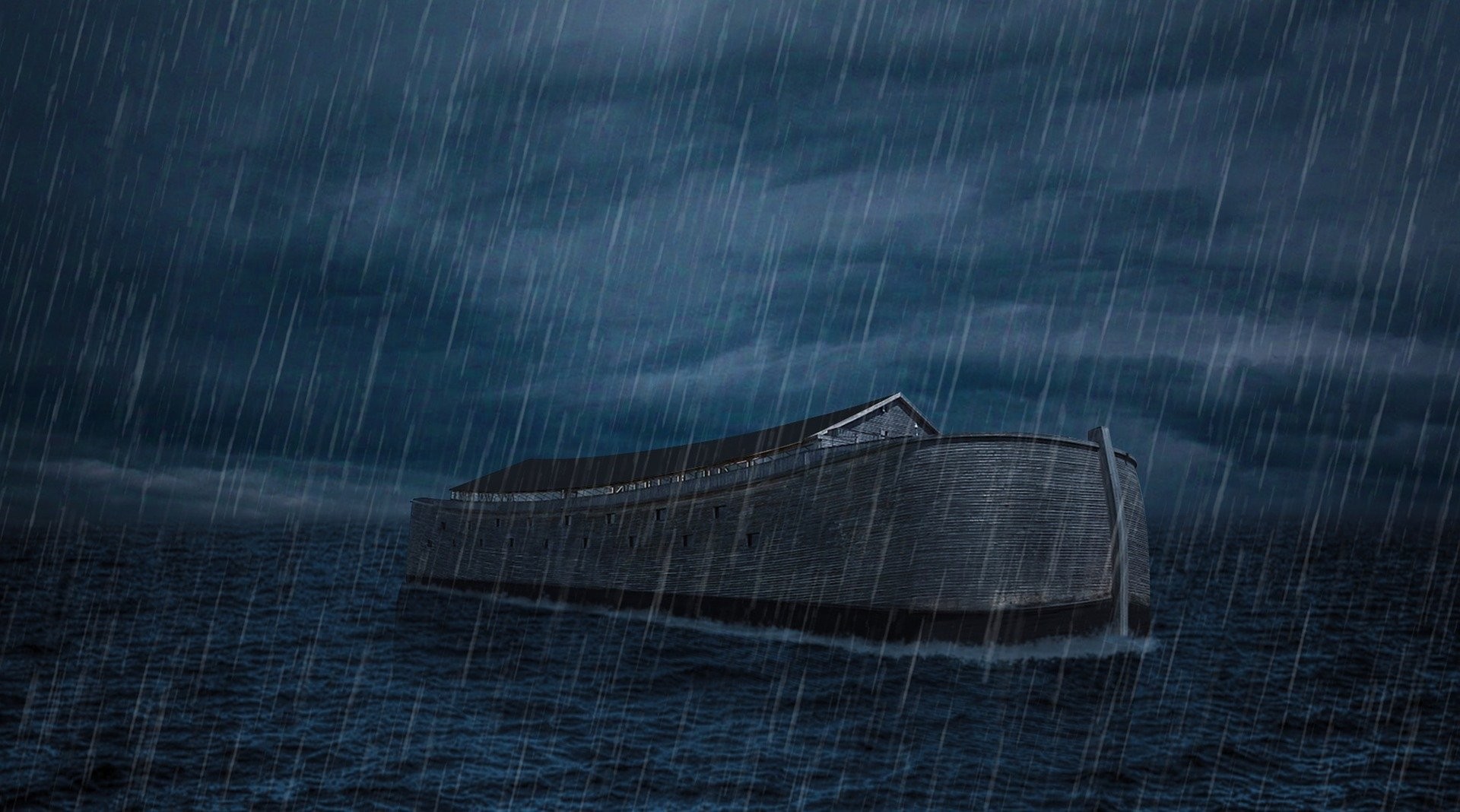 However, as more regular high flooding occurs, the damage becomes increasingly severe until a decision point is reached. One option is then to invest in a metre-high wall. The other is to build resilience into the property so that it can be cleaned and recover quickly from a temporary flood with resumed business.

The added benefit of this second approach is that resilience is a better guard against the possibility that even a one-metre-high defence will eventually be over-topped regularly by bad weather.

Strategic solutions can be more complex. Over wider urban areas, or where essential rural roads and rail links are jeopardised, SUDS (sustainable drainage systems) are an attractive option.

SUDS works well where ground can be profiled into swales, reed beds, filter trenches, retention ponds and basins that clean and store storm water until it can seep away into underground aquifers. SUDS needs no artificial energy, is intrinsically robust, but also attractive and environmentally sound.

Another building solution is to put living quarters on higher storeys, with ground floor spaces left for garages and storage – in much the same way that many river and tidal-zone communities around the world build their homes on wooden stilts above harm’s way. The Netherlands is pioneering this technology with advanced materials and technologies that can survive a muddy, unhygienic soaking.

There are limitations of course. Sustainable technologies, materials science, best practice, and our deeper understanding of extreme weather systems, will continue to improve. Our aim is to create infrastructure in the near future that will be economically-viable well into the long-term future.

I’ve chosen the following Enzygo case-study examples to show how mitigation and resilience together can both minimise costs today and take into account local factors that might be important tomorrow. 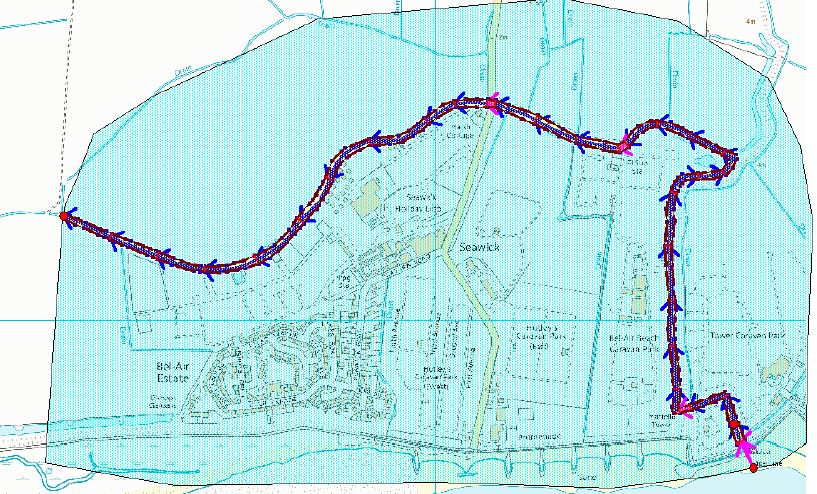 Our client requested hydraulic modelling in response to Environment Agency (EA) comments made during a planning application to place extra caravans on a popular Essex holiday site and understand the detailed implications of possible future flooding in an area dominated by tidal flooding.

The site lies in Flood Zone 2 and 3a and the EA specifically asked our client to demonstrate fluvial (river) flood risks from an area known as St Osyth Ditch abutting the site’s northern edge.

Local factors – No EA model existed. However, St Osyth Ditch has a flapped outlet to the North Sea which passes under a formal tidal defence embankment south east of the site.

Climate change – Our brief was to show the St Osyth Ditch fluvial flow outline and how this could be influenced by a combination of present and future tide level variations created by climate change.

Modelling – Enzygo created a 1D2D linked hydraulic model using Estry TuFLOW software and a bespoke in-channel topographical survey we also carried out. The resulting model, with a reach length of 2.6km across an area of 1.7km2, included 31 cross sections and 4 culverts structures. Hydrological inputs were calculated using standard techniques and tide curves taken from the Colne and Blackwater tidal model. However, we updated this with more recent tidal data.

Scenarios – Modelling considered a number of scenarios to understand fluvial flow risks if the tidal flap gates worked correctly if they failed, and when sensitivity analysis was added relating to site hydrology and culvert diameters.

Results – Mapping showed the extents and depths of flooding risk at and around the site. It also provided evidence that fluvial flow outlines were significantly reduced when compared to the tidal outline shown on the EA’s Flood Map for Planning. All scenarios modelled showed that site fluvial flow risks were minimal even if the tidal flap failed.

Implications – The EA reviewed and accepted our results. However, our goal was not to challenge the accuracy of the EA Flood Map for Planning. This was because tidal sources pose the greatest site risk and may be magnified by future marine conditions driven by global warming and climate change. Fortunately, we proved that the development site is not in Flood Zone 3a and the classification of proposed additional caravans as “highly vulnerable” was appropriate.

Continuing Enzygo involvement – Further developments have been considered for the site, and a neighbouring site; we were asked to carry out this work using the developed TuFLOW model 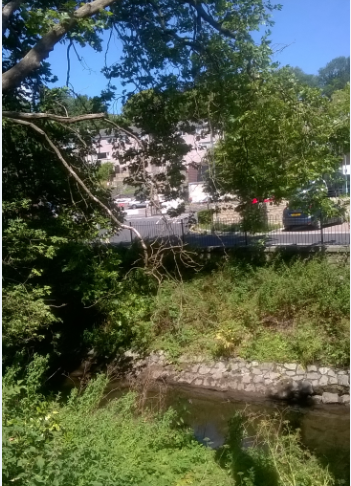 Enzygo’s Permitting Team – At Radstock in Somerset, a house builder needed to reinstate a revetment in the main river channel. Our team was asked to investigate the type of permit needed and prepare an application.

We considered applying for an exemption, but the activities involved didn’t fall within any available category. The team also looked at the full suite of Standard Rules Permits, but the location and duration of proposed work ruled these out.

Application – Instead, we prepared an application for a Bespoke Flood Risk Activities Permit based on the client’s method statement. By consulting with the local EA officer, we ensured the EA was fully aware and could input at an early stage if necessary.

Team success – We secured the Flood Risk Activity Permit for work to go ahead on our client’s timetable. Enzygo also uses its sector experience to make FRAP applications and provide associated advice for a range of similar clients.

Three bits of worrying news that have come together recently, including two from the Environment Agency’s (EA), that I think make urgent action vital.

What the EA says

The EA finds that more than 5 million people in England are at flooding and coastal erosion risk. But only a third living in flood risk areas actually know this – the subject could become part of the school curriculum.

Two-thirds of English properties also depend on infrastructure in flood risk areas; for everyone who suffers directly from flooding, circa 16 other people lose services such as power, transport and telecommunications.

On the resilience side, the EA want property owners to ‘build back better’ after flooding with measures like raised electrics, hard flooring, and flood doors. For mitigation, it says £1 billion should also be spent annually on traditional defences, temporary barriers, natural flood management, sustainable drainage systems, effective flood warnings and emergency response.

The National Audit Office adds that every £1 spent on community protection prevents property damages and wider impacts worth £9.

Well-designed and flexible resilience can also tie in well with another new legally-binding UK priority which is creating a net-zero carbon economy by 2050. A key element will be the circular economy based on low-energy use – plus the recovery, reuse and the recycling of what we currently wastefully call “waste” – as a sustainable alternative to the old ‘extract-transport-process-use-dump’ manufacturing and consumption models that are helping to drive global warming.

If you are worried that flooding could affect you, I’m happy to talk about solutions at any time. Please feel free to contact me directly.