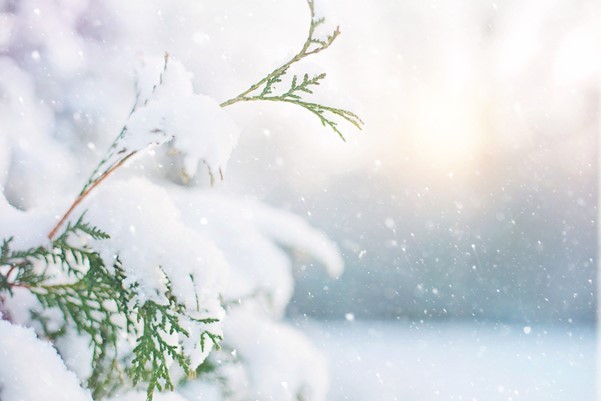 New Year weather 2022… and for many years to come

If 2021 has been unusual, will next year be the same? Or are we on the cusp of something very different? And if so, what will the best and worst outcomes be?

More importantly still, can we control what fate has in store for us? The answer to those thorny questions probably depends on some hard choices we need to make now.

But let’s be positive! This is the season of good cheer after all when I scratch my head, examine the seaweed, and try to predict our weather for Christmas, New Year and winter’s darkest days.

However, with wildfires, droughts, heat domes, and severe flooding in recent months not only in the UK and western Europe, but also Vancouver, the US, Sudan, India, Egypt and China, this time I need to look forward to 2022 and our prospects for many more years to come.

I thought the best way to put long-term change into perspective might be to consult the Spirits of Christmases Past, Present and Future.

And, following the high moral theme of Charles Dickens’ original “Christmas Carol”, our future story splits into two routes – one bleak, the other a path to redemption … if we make wise decisions now! 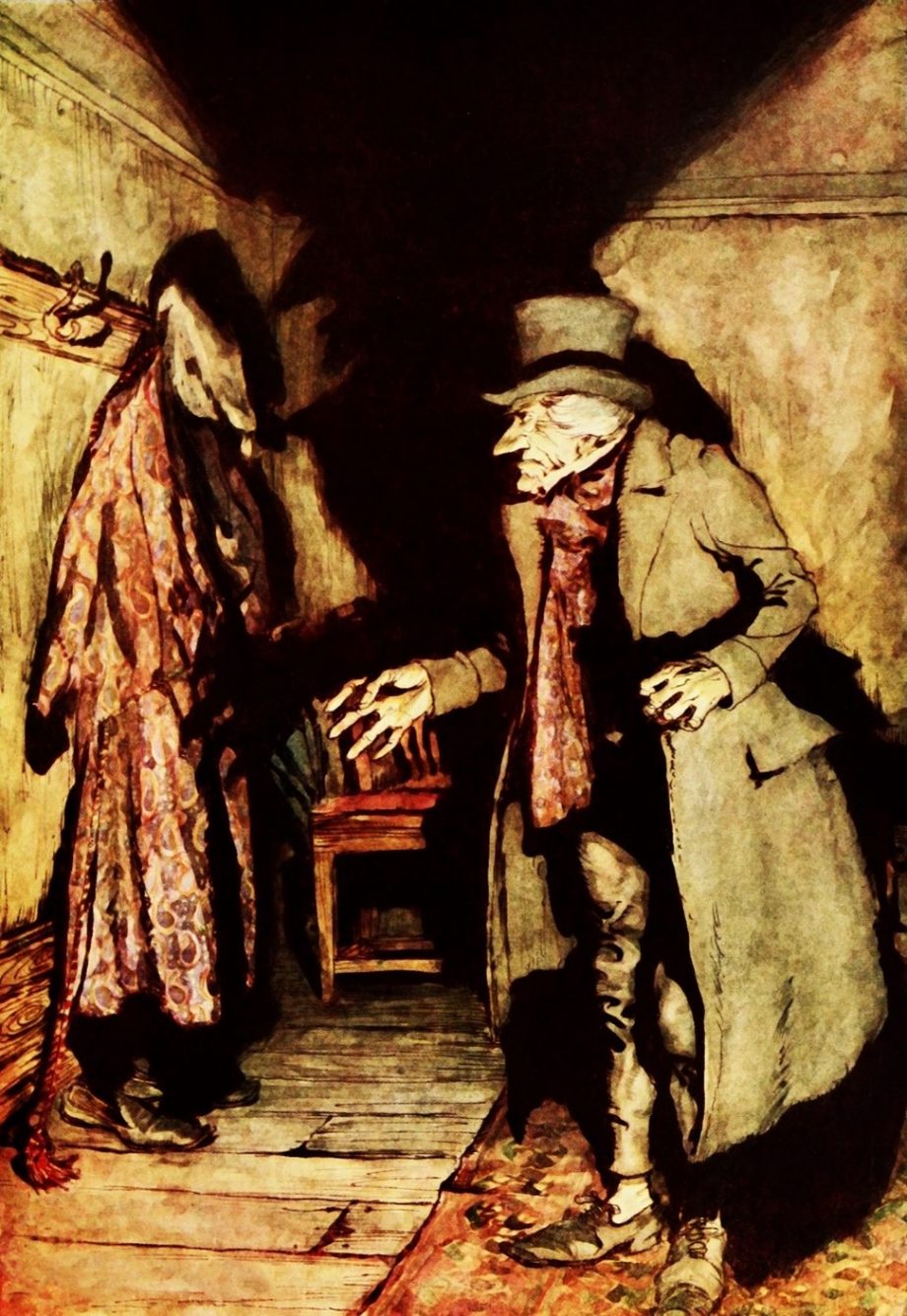 I’m no meteorologist. Therefore, I trust, the Met Office which says we face “an above average” wet and windy January and beyond; the Environment Agency wants us to be “vigilant” about flood risks. 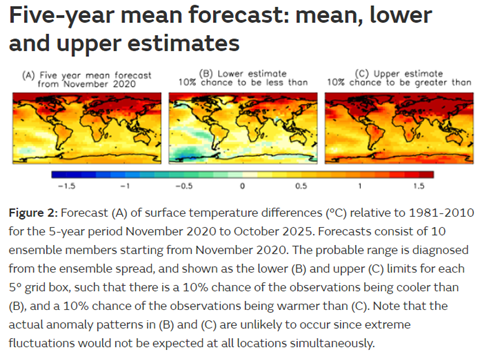 This is in line with established climate change predictions for both wetter winters and summers; 2021’s global drivers cited for 2021 include lower than average tropical Pacific sea temperatures.

Before moving on to our own seasonal story of climate Yuletides past, present and yet to come, I must make several points about 2021’s ‘present’.

It’s hard to miss the significance of November’s UN COP26 global climate summit hosted by the UK and attended by governments and international leaders (https://ukcop26.org/).

Opinions differ over whether pushing the world’s temperature rise trajectory down from 6oC before the 2015 Paris agreement (https://unfccc.int/process-and-meetings/the-paris-agreement/the-paris-agreement) to 2.4oC now, en route to a realistic 1.5oC, is slow progress or a political failure.

The first major point from COP26 however is that the net-zero emissions baton being passed from governments and politicians to big business. That means SMEs in the value chain will also have to minimise their carbon footprints.

How they do this on key infrastructure projects feeds into the ‘redemption’ route explained later and is an Enzygo specialist area (https://www.enzygo.com/).

Preventing, accepting and fighting back

The second point I would like to make is that the growing volatility of global weather means preparing for the worst in ways we haven’t had to before.

We must prepare to mitigate – taking steps, for example, to prevent flooding causing damage at all. However, as conditions deteriorate we must also prepare to adapt – learning to live with flood damage we can’t stop.

Finally, in the worst case we must increase resilience – taking unavoidable damage on the chin and bouncing back quickly. For example, designing buildings that flood on the ground floor while living accommodation is safe on upper floors. 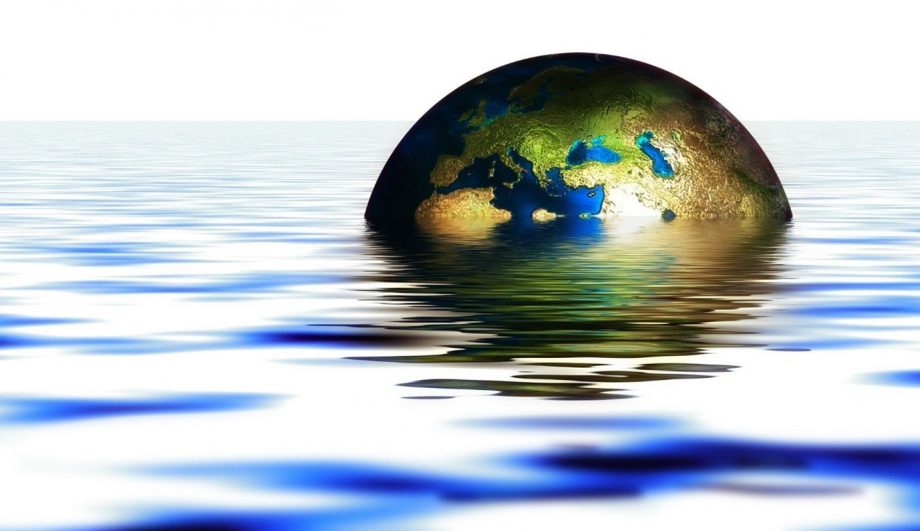 That being said, let’s look at our updated Christmas Carol.

The attraction of ‘olde world’ winters was probably simplicity when long-handled copper or brass ‘bed warmers’ filled with rocks warmed by an open fire were the apex of home heating technology.

Arctic winds made early 19th century English winters much colder than today. The Thames froze in January 1811; winter 1813/1814 was one of the coldest on record.

In 1816 – ‘the year with no summer’ – ash from Indonesia’s Tambora volcano depressed European temperatures further. Snow covered English hills until July; the Thames froze again in September. Only in 1895 did the trend change as Victorian winters become wet and snowless.

The same period also saw the height of the smoky industrial revolution, which historians believe started in 1749, and which is said to be the genesis of our modern greenhouse gas (GHG) problems. 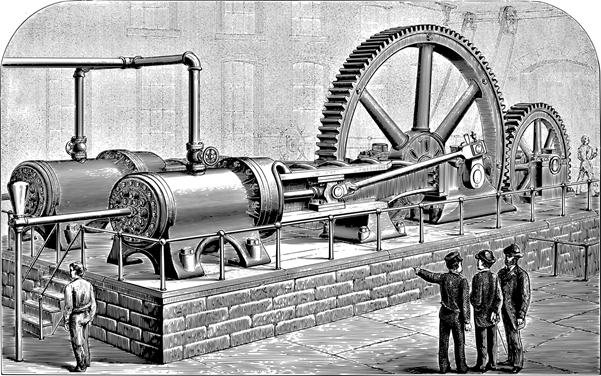 Nostalgia isn’t what it used to be … but it will be one day! The rosy past is probably a romantic construct in our imaginations!

The challenging spirits of Christmas present – 2021

However, today we face three pressing environmental problems: – soaring temperatures; rising sea levels; and whether we are close to ‘tipping points’ that once past cannot be reversed in our timeframe.

It may sound like good news that by 2100 northern hemisphere summers could be nearly six months long? Regrettably there are negative downsides in the form of extremely hot days and heavy rainfall.

The Environment Agency (EA) warns that the UK is not ready for climate change. Referring to Germany’s floods where dozens died, EA chair, Emma Howard Boyd says the same will happen here ‘sooner or later’ without resilience to ‘increasingly violent weather’. “It is adapt or die,” she adds.

Temperatures could rise by almost 30C this century. However, even with 20C, the EA foresees: –

Sea level rise (SLR) is one of climate change’s most severe impacts with an unclear future; data suggests rises are now 50% faster than in the 1940s driven by the thermal expansion of water, plus melting glaciers and ice sheets.

In the worst case, much of eastern England from King’s Lynn to Peterborough goes under the waves with the Humber, Trent, Ouse and York swamped. Parts of London, Cardiff and Swansea, the Kent coast, and Thames estuaries vanish; the M4 is submerged near the Severn Bridge.

To make matters worse, a time lag between temperature rises and sea level rises is ‘baked in’, which means the seas will continue to rise for centuries, even if all emissions end today.

This is important because some 630 million people now live on land below projected 2100 flood levels. One billion live on land less than 10 m above current high tide lines.

However, more worrying projections up to the year 2030 are presented in the Special IPCC Report on the Ocean and Cryosphere in a Changing Climate (SROCC, 2019) (https://www.ipcc.ch/srocc/).

An unlikely ‘high’ RCP8.5 ‘business as usual’ scenario with no emission cuts could see a 5m global rise by 2300; levels may then rise by 2.5m to 3m per century as warming melts the ice shields. South Florida and Barcelona vanish.

Could a dam be built under the Golden Gate Bridge to protect San Francisco Bay and California’s fertile Central Valley? Ditto the Straits of Gibraltar, a mad idea first suggested in the 1920s (https://theconversation.com/atlantropa-the-colossal-1920s-plan-to-dam-the-mediterranean-and-create-a-supercontinent-47370).

Complex systems like equilibrium. Pushed too far, they can flip suddenly into another irreversible state. Worse still, one system flipping could trigger others, even with rises of just 1.50C or 20C.

Some of Earth’s crucial environmental tipping points are showing signs of instability. The Gulf Stream could ‘flip off’ soon, taking away its warm water conveyor across the Atlantic to northern Europe. Other vulnerable systems are the Antarctic ice sheets, Amazon rainforest, and Arctic tundra.

One key sign of complex systems in trouble and preparing to flip is volatility – heat domes, droughts, fires, floods and cyclones. If this happens, the concern is that the net-zero by 2050 strategy becomes unreliable.

This is where we consider a low road and a high road, starting with a list of bad but possible impacts in a worst ‘business-as-usual’ case: –

– In a 2100 scenario with temperature rises greater than 40C, summer temperatures in many countries are persistently above 400C, with increasingly common 500C heatwaves.

– Hong Kong, Rio de Janeiro, Miami and other major cities vanish, as do the Maldives, Marshall Islands, Tuvalu and other small island nations. Mega-cyclones wind speeds are above 200 mph.

– Circa 25% of world population also faces deadly city heat. Extreme weather threatens food production. Half of all agricultural land is unusable; the capacity of the rest varies widely.

The optimistic ghosts of future Christmases

“Why show me this, if I am past all hope?” – Ebenezer Scrooge

While change is unavoidable, there are many pragmatic steps we can take on the redemption route I mentioned to keep temperature rises down to 1.5oC.

Circa 200 nations agreed mechanisms at COP26 to implement the 2015 Paris Agreement and avoid dangerous climate change, by signing the Glasgow Climate Pact (https://unfccc.int/sites/default/files/resource/cma2021_L16_adv.pdf).

They also signed off emission cuts (mitigation) – although big decisions have been pushed back to COP27 Egypt in 2022. There were agreements on coal, adaptation finance for developing countries, ending fossil-fuel subsidies, deforestation and methane leaks, funding for ‘clean’ technologies, plus an historic co-operation agreement between the US and China.

COP26 also saw a power swing from governments to big business whereby politicians in future might focus on setting policy frameworks. An example might be net-zero standards for planning and procurement. That could mean no planning consent for new-build residential, industrial or municipal developments unless carbon footprints meet strict criteria.

Similarly, new policy frameworks could promote the increased use of renewable energy, innovative green technologies, and the circular economy.

Some 50% of large UK businesses plan to reach net-zero by 2050; SMEs in their value chain are being asked to set their own zero- or science-based targets, or join the UN Race to Zero Campaign (https://unfccc.int/climate-action/race-to-zero-campaign).

Helping developers and their supply chains to minimise green footprints is home ground for Enzygo, … coupled with our track record of winning planning consent for pioneering low-carbon energy projects like Velocys (https://www.enzygo.com/enzygo-secures-planning-permission-waste-to-jet-fuel/).

The festive season may not be the time or place to think about work issues. However, I am always happy to answer questions.

With thanks and humble apologies to Charles Dickens – “A Christmas Carol. In Prose. Being a Ghost Story of Christmas” (1843).