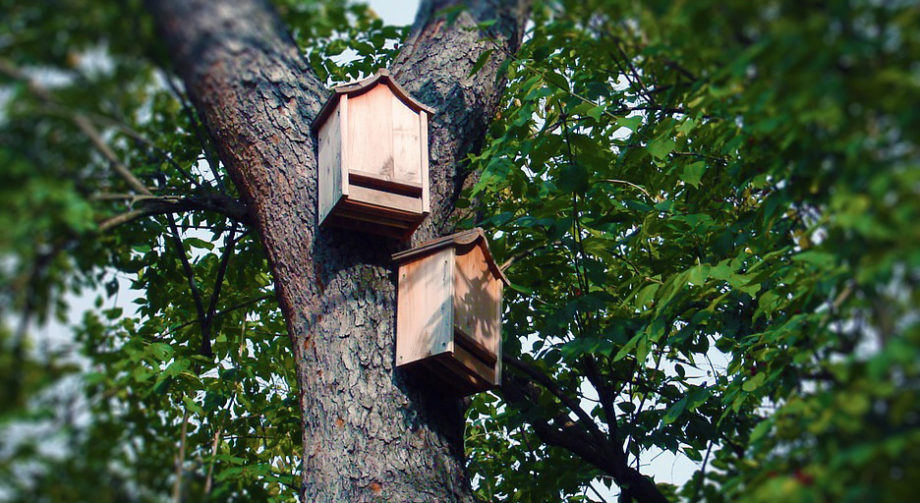 Planning for a 10% Biodiversity Net Gain

The new law which asks developers to show how biodiversity and habitat losses can be stopped, reversed, boosted, measured and maintained for up to 30 years may seem complex at first but has much-needed housing and infrastructure very much in mind.

Does this sound too good to be true? While the aims are commendable and necessary, we know that many developers are instinctively wary of any legislation that could add extra work to an already difficult task.

And when a new scoring system is involved which breaks ecological performance down into numerical ‘biodiversity units’ that must add up to a 10% improvement between pre-development planning to post-development completion, a suspicious reception is probably guaranteed.

However, as I would like to explain, although the legal requirement for Biodiversity Net Gain (BNG) does include setting up systems to monitor and compare outcomes to new benchmarks, there is no reason for this to be a burden. Quite the opposite. Everyone can potentially benefit.

For example, a major advantage for developers will be a well-documented ‘level playing field’ which recognises that sites differ and makes it possible to estimate accurate ecological costs which can then be used in bidding for development land. The planning process should also be faster.

I would also like to look closely at what the new BNG performance metric involves, how we can help with practical implementation, and later the full impact of the forthcoming Environment Bill.

BNG is, in fact, a long-promised idea within the new Environment Bill that is itself a major piece of legislation designed to integrate cross-cutting policy themes to tackle key environmental priorities – net-zero carbon, air quality, water, resource-efficiency and natural waste treatment.

Central to the bill is the Government’s 25 Year Environment Plan which in the future will incorporate the concept of Environmental Net Gain, with Biodiversity Net Gain as a sub-set.

BNG recognises that one reason why the previous policy of simply trying to eliminate biodiversity loses in England failed was because vital road-building and development projects have left many wildlife sites too small, too fragmented and too isolated.

The BNG concept is not brand new and was first introduced in 2012. Since then, it has been adopted by many local planning authorities and many more are now expected to follow suite quickly.

However, the point is made that new BNG measures must be in addition to conventional mitigation steps already being taken; the aim is to “create a net gain legacy” and not deliver something that would have happened anyway.

The decision to set a legally-binding 10% improvement target follows a detailed consultation launched in December 2018 which ended in April 2019, with responses published in July 2019.

Although the practical steps can be relatively simple, there is wider concern about the methodology and implementation of modern metrics. My team and I can help here, as I would like to explain in a moment.

But before that, some clarification on the future of the Environment Bill might be useful in the context of December 2019’s UK general election and Brexit.

In October, at the tail end of the last Parliament, the draft Environment Bill passed its second Commons reading unopposed and with broad support.

The consensus view is that all parties now see its content and aims as being so important that they will almost certainly be transposed to the new 2020 Parliament, no matter who forms the next Government. There will then be a transition period of two years after the Bill receives Royal Assent.

When BNG does become law, it will be deeply-embedded within the planning system for England, to the extent that Defra’s existing biodiversity metric is being upgraded.

A two-part British Standard on BNG is also being developed. The National Planning Policy Framework (NPPF) additionally states that “planning policy and decisions should … identify and process opportunities for scoping measureable net gain for biodiversity”.

BHG will not apply to existing conservation sites such as nature reserves and SSSIs. Nor will there be any relaxation of legislative safeguards protecting species of bats and newts.

As already mentioned, the conventional approach to protecting biodiversity is based on a hierarchy of: – avoiding any harm to biodiversity; followed by minimising any impacts that cannot be avoided; with a last resort option of paying compensation to make biodiversity gains elsewhere.

This approach remains in place and BNG should be seen as additional improvements over and above the status quo.

The new regime will calculate and assign a numerical value to each habitat which will be expressed as “biodiversity units” with an emphasis on: – distinctiveness – whether the habitat is of high, medium or low wildlife value; condition: whether it is a good example of its type; and extent – its area in hectares or km2.

The first step is feasibility and scoping to determine existing conditions, what needs to be done, what can actually be done, and to plan a route ahead. This is followed by a detailed impact assessment that verifies what the actual outcomes will be for the designated environmental area, and in some cases beyond.

The design phase provides creative solutions that generally optimise the available budget to maximise benefit and value. Construction follows where keeping tabs on quality and site development is critical.

The final step which is particularly important with BNG is continuous maintenance and monitoring to ensure that intended values do not tail off for either natural or managerial reasons.

This is an area where clients often welcome support and where we can assist. A central component of BNG will be that improvements or gains can be measured, compared, analysed and upgraded where possible or necessary.

A number of points need emphasising here. The first is that it will be important to justify the method used to measure BNG. The same method must be used consistently.

Because BNG is an outcome compared to a reference scenario, this needs to be explained clearly and can be based for example on an EcIA (Ecological Impact Assessment). Full workings behind BNG measurements also need to be shown.

Because biodiversity measurements are approximate and not absolute, qualitative and quantitative assessments are needed to capture all aspects as far as possible to show that there are no negative effects, and that biodiversity losses are not being replaced by features with lower values.

Net gains for individual features should also be shown clearly rather than being amalgamated into a single summed number for the project. It is also suggested that a contingency factor is added. Rather than creating overwhelming net gains early on, the point is also made that long-term consistent gains over a project lifetime are important.

One other set of concepts that are linked closely to strong biodiversity are ecosystem services. These fall into the four main categories of provisioning for food, natural materials, fuel and water, regulating for soil formation, flood and disease control, pollination and waste purification, supporting for nutrient cycles and oxygen production, plus cultural for recreation, education and aesthetic value.

CIEEM has produced a “Biodiversity net gain. Good practice principle for Development” practical guide which can be seen on https://cieem.net/wp-content/uploads/2019/02/C776a-Biodiversity-net-gain.-Good-practice-principles-for-development.-A-practical-guide-web.pdf.

Reference case studies can be seen at https://cieem.net/wp-content/uploads/2019/02/C776b-Case-studies.pdf. More than 30 examples include enhancing biodiversity at Gatwick airport, the Medmerry ecosystem services evaluation scheme, the Kingsbrook 2,500 homes development at Aylesbury and a major road improvement programme on the A338.

Clearly, complex issues can be involved here and I am happy to discuss specific cases and challenges at any time. Full details of Enzygo’s ecology services are available at https://www.enzygo.com/services/ecology/.

What the new Environment Bill will mean

On 15 October 2019, Theresa Villiers as Secretary of State for the Environment (Defra) explained the far-reaching changes the Environment Bill is a meant to introduce in a speech entitle “Leading the charge for the environment” at the Wildfowl & Wetlands Trust in London (https://www.gov.uk/government/speeches/leading-the-charge-for-the-environment?utm_source=GDPR+CIEEM+List&utm_campaign=1c4748c9c5-CIEEM+Sector+News+eBriefing+-+October+201931%2F10%2F1&utm_medium=email&utm_term=0_6b23f028b5-1c4748c9c5-148739637).

She pointed out that the world has already lost 87% of its wetlands and now faces “two immense threats: climate change and biodiversity loss”, adding that a million species face extinction with the number of species at risk doubling in the last 15 years. The Environment Bill is “the UK’s first major environment legislation for thirty years”.

The key principles enshrined in the Bill are that: – firstly the polluter should pay, secondly harm should be prevented or rectified at source, thirdly the environment should be taken into consideration across government policy, and fourthly that a precautionary approach should be taken.

Ms Villiers said that the UK should be able to respond more quickly to changing scientific advice and circumstances after leaving the EU. Future governments must renew their evidence-based targets every five years to ensure they are tough enough. They must also report annually on progress.

The new Office for Environmental Protection (OEP) as an independent watchdog will advise government in much the same way that the Committee on Climate Change offers guidance on environmental issues. The OEP’s remit will include climate change and the Climate Change Act.

The second half of the Bill is designed to “empower environmental improvement across the board” by encouraging businesses to innovate and allowing local authorities and local communities to “shape” the places where they live and their own local natural environment.

Please contact me directly to discuss any of the issues above.