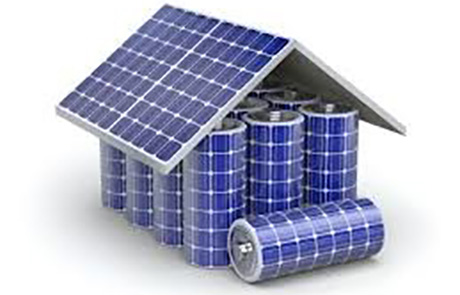 Time to Switch to Batteries?

Learning how to plan and provide for both ends of this rapidly emerging new market is I believe one of our most pressing sustainable challenges.

Two years ago, modern battery technology scarcely existed. Our next urgent priority must be to work out how battery innovations can be introduced successfully to households, streets, neighbourhoods, schools, hospitals and other civic amenities, plus large power stations moving towards clean and cleaner no-fossil fuels. This involves many layers of complexity, including some that change continuously.

Why now? Energy security in a turbulent world is one factor. However, climate change, plus the UK’s legally-binding commitment to carbon emission levels between 2008 and 2050 by at least 80%, are fundamental drivers behind the rise and rise of ultra-modern battery technology. 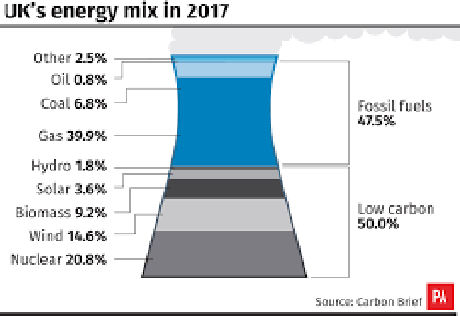 Learning to use energy more efficiently, and therefore less of it, is a key part of the solution. However, replacing high-carbon fossil-fuels with low-carbon renewable energy is another. Scientific evidence suggests that we may be losing the overall greenhouse gas war to keep the earth sustainably cool. But we are winning the renewables battle.

Both solar and offshore wind energy costs have fallen much faster than government and industry expected. The renewable industry’s aim is to store excess low-cost energy generated on sunny and/or windy days for dull calm days. But with two caveats. The first grid capacity bottlenecks during peak load times. The second is the need for a wide geographic spread, i.e. local storage.

Smart grids, or microgrids, offer neighbourhood solutions to both of these caveats. Intelligent technology means appliances like smart washing machines can switch themselves on and off when energy demand is low and cheap, often at night. But smart grids coupled to roof-top solar panels and micro-wind-turbines can also use batteries to store energy generated by homes and businesses for their own use, or to smooth out local peaks and troughs when demand and prices begin to rise.

Innovative battery technology is also at the core of the long-range, fast-charging electric vehicle (EV) revolution – the combined capacity of millions of EVs to store off-peak power, either for long journeys, or again to feed back into local grids, has been described as a potential “national battery”.

To reinforce this point, Transport Secretary Chris Grayling has announced plans for all new English suburban homes to have EV charging-points, plus charging points in new street lights wherever there is on-street parking. 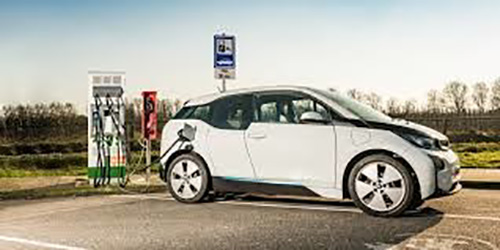 A little on the large size

For outmoded planning reasons, really big battery developments are currently seen as being restricted to large assets such as coal-fired and oil-fired power stations as they convert to natural gas. The Government has indicated that it wants to remove this anomaly whereby proposals such as battery storage developments larger than 50MW automatically become Nationally Significant Infrastructure Project (NSIP) with complex planning requirements. 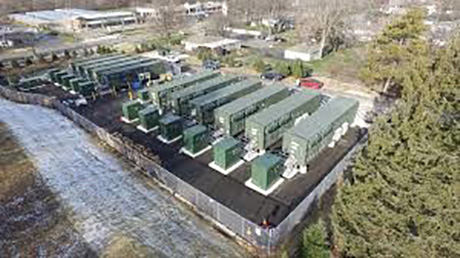 Below this high-level market, an explosion in battery technology over the last 18-months has encouraged many specialist companies to assemble sites, grid connections and planning permission in 10MW to 20MW packages. These are typically taken up by large energy companies and institutional investors, plus solar sites and landfill operators, with the capability to compete for national grid capacity market contracts. The result in January 2018’s capacity auction was a price too low for most participants to operate with.

There must be a better way forward.

Local and small is beautiful

I believe the priority for specialist companies must be to move away from speculative ‘packages’ and switch part of their focus instead to either meeting the needs of large established utility power users or utilising the existing assets of major landowners – so-called ‘behind-the-metre’.

However, the other sustainable route is to pioneer embedding battery technology in residential areas and town centres where the UK’s grassroots low-carbon transition is based on the changing behaviour of individual people.

This isn’t going to be easy. Most neighbourhoods are not yet equipped for a significant increase in battery storage. The current situation is a lottery that depends on the capacity of local sub-stations and changes again and again over time. A further important trend is the move towards providing new capacity in countryside and greenbelt areas – suburban towns from Wigan to Sevenoaks, rather than over-utilised city centres.

However, battery technology itself could remove another barrier. Large scale batteries presently depend on lithium-ion technology similar to mobile phone batteries with a limited lifespan. As I explain later, the days of lithium could soon be superseded.

When we move to really big batteries applicable to established utility providers, there is a huge jump both in scale and the required technology, plus the timeframes involved and type of stakeholder engagement. Tilbury B power station in Essex could opt to build a 100MW battery on site as part of its conversion from ‘dirty’ coal to a gas-firing and transition into the Tilbury Energy Centre. Meanwhile, Yorkshire’s Drax, which generates some 6% of Britain’s electricity, is planning a 200MW battery to add operational value and flexibility as it adjusts its bio-mass burning strategy. Both Tilbury and Drax are NSIPs.

Except for Elon Musk! Tensions in the middle-ground are building up between entrepreneur and local residents over his proposal to build the world’s largest battery to date on north Kent marshland equivalent to 15 football pitches. Capable of storing 350MWhr with 7,660 individual battery units, the development would be linked to the Cleve Hill Solar Park plan involving 989,000 solar panels over the equivalent to 600 football pitches! Business and Energy Secretary Greg Clark must decide whether to approve this as a NSIP. Interesting precedents could be broken and set.

At present, battery storage plants are seen as power plants, the logic being that their energy will be released to generate electricity. As such, they fall under the electricity generating licence system rather than Town and Country Planning Act. This in turn means that a 50MW power plant coupled to a 50MW battery facility can be regarded as a combined 100MW, so breaking the current planning limit.

The Government has signalled in its Industrial Strategy that it wants to resolve this. In the interim, an odd compromise can exist whereby planning for the two halves of a project to be geographically separated often means they are seen as two individual facilities. Bizarre!

At a community level, these restrictions don’t apply. Here, the challenge is to understand how towns and homes, streets, large housing development, plus factories, industrial plants and whole communities will react to battery innovations.

The Royal Town Planning Institute is one of the UK’s leading planning bodies and recognises the importance of storage and smart management systems as a way of not adding “big ticket infrastructure” to the national grid.

It is commissioning detailed research to help “us understand the potential issues that smart energy systems could bring with them before they collide with planning constraints”. The Institute explains that the UK “electricity system must become significantly more flexible by 2030” to manage “a more variable supply” of renewables “as conventional thermal plant retires”. Equally, it says it is important to have a better early understanding of “the scope for proactive planning to support the smart energy revolution”.

However, it also appreciates that the cost of new and adaptive technologies could affect the viability of some developments. Conversely, it notes that “most of the places where people live and energy is used are already in existence” and delivering this new storage technology to new development “should be relatively straightforward”.

The Institute also comments that many locations are rural or small urban areas with heritage constraints. Therefore, the interface with smart energy needs to be thought through carefully. For example, the provision of neighbourhood storage facilities, larger plant for larger areas, and even individual home systems, will probably go through a process similar to electricity substation planning. How do people feel about on-street charging in conservation areas? Will communities accept infrastructure with a social value that is not immediately obvious? We have to answer these questions.

Enzygo is fortunate in being able to provide the integrated environmental assessment, design and planning resources needed to support both smaller and large-scale strategic battery storage schemes on a regionally and nationally scale.

At the same time, I think we are ahead of the curve in recognising the importance of installing energy storage technology not only on remote industrial sites and development land packages but increasingly to the heart of local communities. We have worked at different levels in winning planning permission for 20 to 30 key projects which I am happy to discuss in detail where appropriate.

This ranges from battery facilities located in industrial/employment areas, motorway services area and within the Green Belt countryside with the driver always being proximity and availability of a viable grid connection.

An end to lithium dependency

However, Professor Clare Grey, a rechargeable battery chemistry specialist at the University of Cambridge, makes the point that lithium-ion technology can’t provide the weeks and months of storage an all-renewable energy scenario would need.

Sodium-ion is an alternative, as is lithium-sulphur. However, the long-term answer could be battery types known as redox flow cells and vanadium flow cells which are more fuel-cell than traditional electrochemical batteries and work on a much larger-scale with tanks and pumps.

Meanwhile, Rolls Royce and Superdielectrics working with Universities of Bristol and Surrey researchers are developing hydrophilic materials, polymers similar to those in soft contact lenses, that could increase the storage capabilities of fast-charging capacitors which hold electricity in electrostatic fields. The goal is to produce supercapacitors that charge and discharge very quickly and could form buffers between the grid and many EVs trying to recharge simultaneously.

Battery energy storage is an arena we can’t afford to ignore.