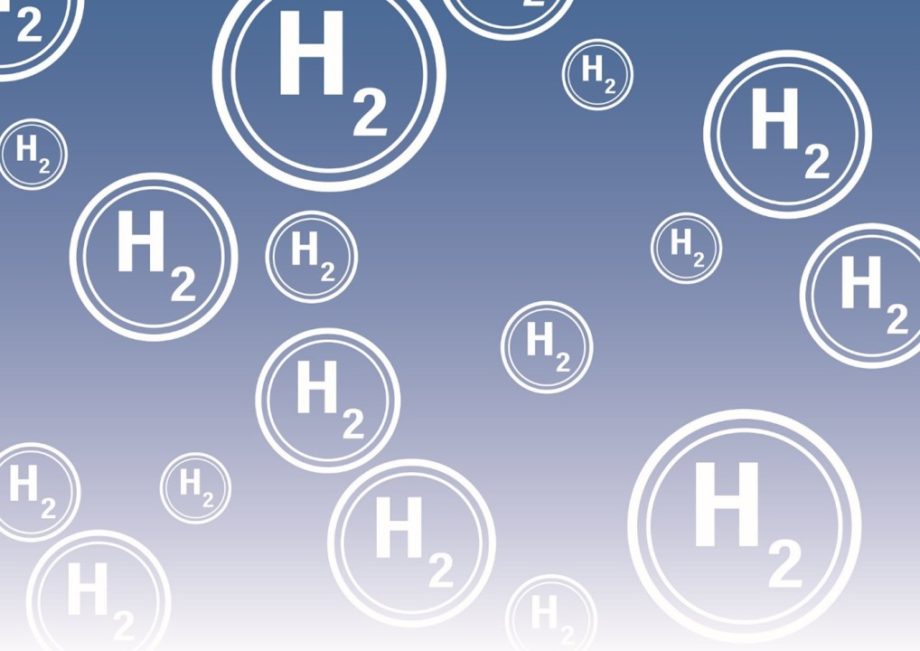 Tiny hydrogen gets set to knock out big bad carbon

The universe’s smallest atom will soon enter the battle against global warming and climate change.

Although its high potential is also controversial, I would like to explain why pragmatic environmentalists must help to introduce hydrogen into the UK’s growing mix of low-carbon energy technologies.

Hydrogen has long been marked out as an important sustainable energy resource. But it faces short-term teething troubles that the Government hopes to turn into long-term virtues.

Opinions are divided on this, though ministers with the backing of their independent environmental advisor, the Climate Change Committee (https://www.theccc.org.uk/), stress that their strategy is the most sustainable way forward.

I thought it might be helpful to examine the modern story of hydrogen to see why its development is now so important.

In particular, I want to look at the Government’s decision to support ‘blue’ and ‘green’ routes. This is also an opportunity to show how I think we can help to harness an exciting new power resource.

I’ll do this by focussing on the Government’s new hydrogen strategy, how the sector will grow, new hydrogen-based industrial clusters, opportunities for small firms, plus future ‘hydrogen towns’.

First however, three other aspects of hydrogen are important.

The first is that plentiful cheap UK renewable energy could make it a game-changer. The second is that hydrogen is not a primary energy source but an energy carrier … it has to be manufactured. More on that in a moment. 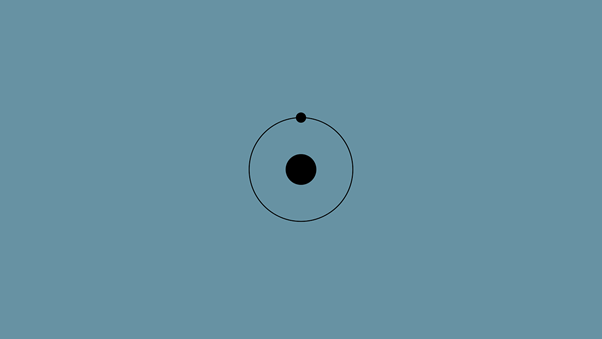 Thirdly, the hydrogen molecule’s size also makes it a notorious industrial escapologist from storage vessels. And when it does leak out into the atmosphere, it is a greenhouse gas in its own right!

The Government’s strategy is to ‘make’ clean hydrogen by splitting water into oxygen and hydrogen with electrolysis.

However, while a new ‘green’ hydrogen infrastructure is being built, industry will be asked to learn to use ‘blue’ hydrogen made from natural gas – with CO2 as an unwanted by-product. 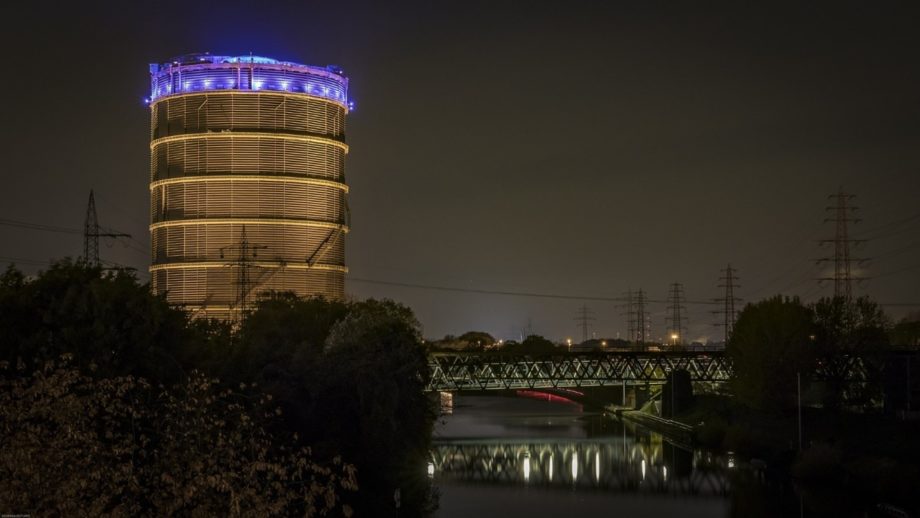 Both routes – blue and green – will need planning and permitting permission to create new supply chains that will include a new generation of large-scale low-carbon industrial hubs, thousands of service companies and manufacturers, future all-hydrogen communities, plus individual consumers.

This is where I think our extensive renewable energy and storage facility experience can provide important support and I would like to quickly outline this first as it is very relevant to hydrogen.

We have led pioneering ‘energy from waste’ and ‘waste-to-fuel’ projects, plus the UK’s first ‘waste-to-jet-fuel’ plant for Velocys in Lincolnshire which has the potential to convert some 600,000 tonnes of household and commercial residual waste annually into low-carbon aviation and road transport fuel (https://www.enzygo.com/enzygo-secures-planning-permission-waste-to-jet-fuel/).

Importantly, Enzygo’s success in winning flexible planning consent means that Velocys can now adjust its development design without having to re-apply for additional consents.

This transferable expertise, plus our strategic approach and multi-disciplined team can help a new generation of hydrogen-based projects to put down strong local roots and win new markets.

Why starting small and growing rapidly is beautiful

Bringing pros and cons together, the Government recently released the UK’s first hydrogen strategy for consultation (https://www.gov.uk/government/publications/uk-hydrogen-strategy) to replace fossil-fuel use and help the UK meet its tough Sixth Carbon Budget target by 2035.

The Government expects hydrogen demand from business to reach 38 terawatt-hours (TWh) by 2030 – not including hydrogen blended into the gas grid – and rise again to 55-165TWh by 2035. It also thinks 45TWh of clean hydrogen could be used for domestic heating by 2035.

These are large numbers.

However, its premise is that only green hydrogen is truly sustainable; perhaps surprisingly then its strategy involves the interim the development of both blue and green hydrogen supply routes.

If successful, this dual-approach will see the emergence of a new sustainable industrial energy sector with an extremely low carbon footprint that could be critical in keeping the earth cool.

Hard to reach and ‘heavy’ transport

The twin-track goal is to reach hard-to-electrify applications, plus homes, heavy industry and transport – trains, trucks, ships and buses – as quickly as possible, while improving the balance of an increasingly renewables-based smart power grid.

The strategy document shows how government and industry working together can create the capacity to produce 5GW of low-carbon hydrogen by 2030 – equivalent to the ‘dirty’ natural gas consumed annually by more than 3 million homes – and 15GW in the future.

It also gives early details of government support for, firstly innovation, and secondly investments to stimulate the development of supply chains, new skills, jobs and export opportunities in the 2020s.

The Government’s logic is that while the UK’s ‘green’ capacity is limited, industry, business, suppliers and consumers need opportunities to make the transition over to hydrogen.

Its chosen expansion model is the innovative offshore wind sector which, with initial Government subsidies, has cut electricity generation costs rapidly in the last decade and now stands firmly on its own commercial feet.

In fact, the ultimate goal is for the large-scale production of low-cost “green” hydrogen by electrolysis powered by the UK’s vigorous renewable energy sector, and offshore windfarms in particular.

It might be useful here to colour-code how hydrogen is ‘made’. 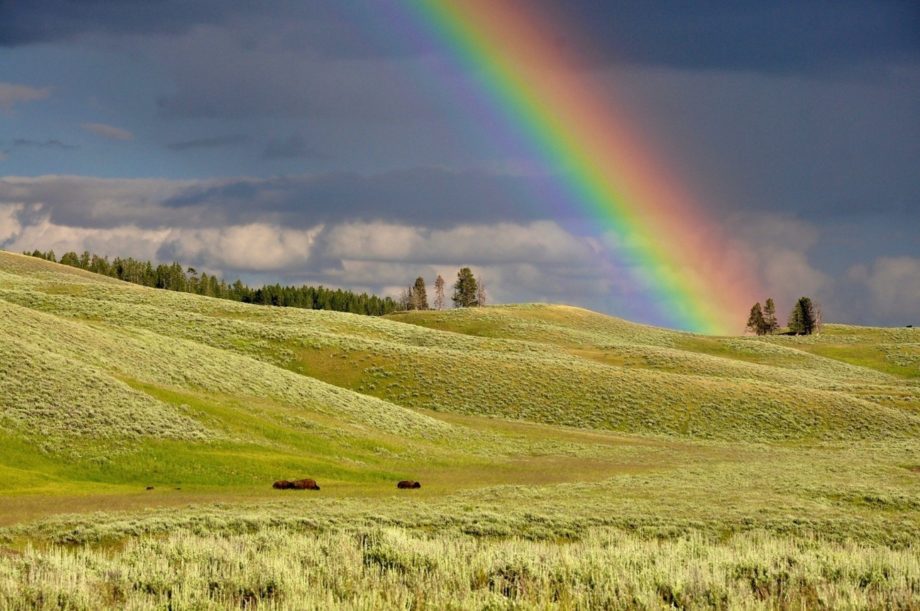 CCUS plants can create their own planning issues that pivot on a good environmental case being made; existing gas pipeline networks are often used to take CO2 out for long-term sub-sea storage.

Production is one side of the equation where the mischievous molecule must also be distributed and stored widely as a combustible replacement for fossil-fuels. But burning it is not the only option.

Hydrogen fuel-cells are another key R&D focus area that create electricity from the energy of molecular bonds with only clean oxygen as a by-product. Stationary fuel-cells are an established back-up power option for public buildings such as hospitals.

The potential size and scale of a hydrogen supply chain is huge.

It will involve many small firms and individual suppliers – many as first-adopters and innovators in their sectors.

An example of innovation is Pilkington’s use of pure hydrogen to float sheet glass demonstrated recently at St Helens as part of the HyNet North West portfolio of industrial fuel-switching projects (https://hynet.co.uk/wp-content/uploads/2020/10/HyNet_NW-Vision-Document-2020_FINAL.pdf).

However, it will also include a major series of low-carbon hydrogen clusters discussed in a moment which are being developed with government support.

By 2040, the goal is to share trans-regional low-carbon hydrogen pipelines and CCUS technology in the world’s first net-zero industrial cluster – protecting 55,000 existing and creating 49,000 new jobs while supporting the development of skills, apprenticeships and educational opportunities.

A collaboration between Zero Carbon Humber, Net Zero Teesside and Northern Endurance Partnership (https://www.netzeroteesside.co.uk/news/the-humber-and-teesside-join-forces-to-form-the-east-coast-cluster-and-decarbonise-almost-half-of-uk-industrial-cluster-emissions/) as the East Coast Cluster could go further and remove 50% of the hub’s industrial CO2 emissions

Meanwhile, England’s northwest is also pressing ahead with a Net Zero NW Cluster Plan (https://netzeronw.co.uk/net-zero-nw-cluster-plan/) in a united ‘business, political and academic leaders’ plan to make real a cohesive and deliverable vision for industrial decarbonisation.

The Merseyside and Cheshire goal is to create a ‘deliverable investment, technology and infrastructure blueprint’ for a regional net-zero transition by 2040 and low-carbon post-Covid-19 recovery.

This should unlock huge supply chain opportunities across the region for businesses to tap into, including: – engineering support; construction; parts provision; logistics and distribution; third party maintenance; contracts and many other supporting work streams’.

From a consumer perspective, the UK’s four gas distribution networks have also been given a vision of future hydrogen villages in plans published by the Energy Networks Association. During a year-long trial some 2,000 homes, offices and other buildings will use the gas for cooking, hot water and heating.

The four principles of: – safety; maintaining supply security; meeting customer needs; and creating a supply chain – will be examined in the four-phase project. The location has not been finalised.

In phase one up to 2025, preparatory work will cover converting and repurposing gas mains with hydrogen ready piping – 40,000 miles are already in place – plus trialling 100% hydrogen in homes.

From 2023, a 20% hydrogen blend will be fed into the gas distribution grid; a 100% hydrogen ‘neighbourhood trial’ will follow. Costs and factors like seasonal or weather impacts will be assessed.

Between 2025 and 2030, the trial will ramp up to a large village and then a large town level. The first hydrogen ready appliances will be installed and the first hydrogen blends will be used for power generation. Consumer acceptability and experiences will also be assessed.

By 2030, hydrogen production should rise from 1GW in 2025 to 5GW. During the 2030s, new pipelines will connect industrial clusters, storage facilities and production facilities, replacing the existing iron gas mains and enabling a 100% hydrogen roll out to homes, industry and transport.

This conceptual technology has always been described as “30 years into the future”. However, a number of new developments could be bringing the reality much closer.

However, the Government also wants a regional UK home for the UKAEA’s prototype fusion energy plant as part of its world low-carbon energy leadership initiative (https://www.gov.uk/government/news/uks-prototype-fusion-energy-plant-is-one-step-closer-to-finding-a-home).

If you would like to discuss the topics above, or specific innovative green energy supply chain issues, please contact me directly.