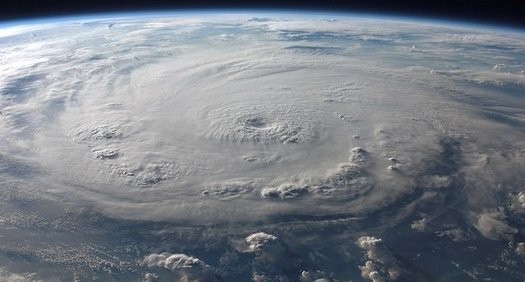 We would all like to know what 2018’s weather is going to be. But we also recognise that what fell out of Britain’s skies yesterday doesn’t tell us much about whether we’ll see the sun tomorrow.

Even so, a review of 2017 can help us to prepare for whatever downpours, floods, rising sea levels, overflowing rivers, droughts and, yes, even hosepipe bans, the rest of 2018 could bring.

Where do we begin? A good starting point is probably our collective experience that the UK’s weather is becoming more extreme and unpredictable. There are some inferences that we can draw from this, and others that we can’t.

For example, we suspect but still can’t prove absolutely that reducing emissions caused by human activity will slow down the current pace of climate change. However, we do know for sure that we are living in an increasingly energised atmosphere – with warm turbulent air carrying more energy and water. The only real certainty we have is greater uncertainty and variation.

This makes long-term forecasting even less reliable. But we can consider scenarios – a range of possibilities which, should they happen, we will almost certainly be extremely pleased we prepared for carefully.

Getting better at guessing

And that is the main point I would like to make. Even as weather patterns change, there are many practical things that we can do to protect individual properties, neighbourhoods and infrastructure.

I noticed when looking back over 2017 that there were factors which varied across the regions and throughout the year that we can learn from.

As examples here, flooding impacts from rising sea levels and torrential rain were quite different in eastern England compared to western England. Northern Ireland’s transport system was recently dislocated by Atlantic storms. And summer 2018 water restrictions could affect hundreds of thousands of homes in Kent and East Sussex because a vital reservoir is less than 43 per cent full – although that is becoming a political issue. London is also on a world list of 11 cities that could run short of drinking water! Drought brings its own problems.

But before looking at the different 2017 conditions in Lincolnshire and Lancashire, the wider picture has even more surprises.

The UK Met Office predicted last year that wet weather records will be broken every year for the next decade by up to 30%. There is new evidence that industrial activity has overtaken natural sources as a cause of global warming. 2017 was also the US’s most expensive bad weather year to date.

But even more fundamental environmental factors could have global impacts. Super-heatwaves causing thousands of deaths could become common in Europe. Perhaps even more worrying, one billion people could face a major earthquake risk in 2018.

Seismic damage in the UK tends to be moderate, but can compromise flood defences. However, US research at the University of Colorado and University of Montana predicts a rise in 2018 powerful earthquakes around the world caused by cyclical fluctuations of just a millisecond in the earth’s rotational speed. A 6.4-magnitude earthquake that shook Taiwan on 6 February fits this profile.

Records over the last century identify five similar periods followed by increased earthquake activity. The current slowdown began four years ago and could peak this year.

Coincidentally, the UK also experienced a 4.4-magnitude event with an epicentre north of Swansea on 17 February.

With no greenhouse effect, the Earth’s average temperature would be an icy -18 °C, making life as we know it on this planet impossible. But you can have too much of a good thing. “Lucifer” heatwaves, with very high summer temperatures for days on end and no prospect of cool relief at night, could kill large numbers of people, including in southern Europe.

I would like to look at that later, plus a number of other scientific reports that mark the importance of 2017 as a pivotal for extreme heat and very wet weather.

But first, I think it would be helpful to look at how water affected different parts of the UK last year.

Two different sides of flooding were seen across England in 2017, one due to rising sea levels, the other when large volumes of rain fell quickly on residents who had no time to evacuate or safeguard their properties.

England’s wet fens stretched from Cambridge to North Yorkshire before they were drained for farmland between 1750 and 1850. A post at Holme Fen Nature Reserve marked the ground zero in 1851; today it shows the present land surface to be four metres lower.

The present strategy is a managed retreat system that surrenders exposed beaches back to the sea incrementally. This was particularly relevant in early 2017 because the IPCC (Intergovernmental Panel on Climate Change under the UN) warned governments that without far more drastic action to reduce emissions, a full-scale ‘rout’ is possible if global temperatures rise by 3°C. The current absolute maximum target is 1.5°C.

The North Sea is warming twice as fast as the world’s oceans, according to Germany’s Environment Ministry – 1.67°C over 45 years compared to 0.74°C. Thermal expansion was the largest cause of sea level rise over the last century says the US National Oceanic and Atmospheric Administration (Noaa). That could be boosted by the massive melting of glaciers and ice sheets. The IPCC foresees a 3.2mm average annual rise in global sea levels.

What can be done?

Losing circa 40% of prime UK agricultural areas with Peterborough, 35-miles inland in Cambridgeshire, becoming a coastal city is still some way off. However, the most recent national flood assessment designated Lincolnshire a higher-risk area with some 30,000 vulnerable properties.

Meanwhile, local authorities are replacing some 350,000 m3 of sand annually on eroded beaches such as Skegness; 2017 also saw two new flood-alleviation reservoirs opened at Louth and Horncastle. Boston could get a flood barrier.

The Environment Agency (EA) says climate change is happening faster than expected – risks can’t be stopped but can be reduced. It advises property-holders to check their flood threat because the sea can reach far inland along rivers and waterways. Harder decisions may be needed in 50 years.

Enzygo has been recently working with clients whose sites are at risk of coastal erosion or tidal flooding to look at how flooding would impact on their land holdings, whilst looking at different climate change scenarios.

Coastal erosion assessments for rollback provision are also becoming increasingly prevalent among our leisure clients, with new and existing development being reviewed against coastal erosion rates and longevity of the development.

The western side of the country faced a different problem in November 2017 when flash floods overwhelmed inadequate drainage systems. With practical preparation, this is often avoidable.
Torrential rain over a very short period from an extreme Atlantic storm the Met Office thought too weak to name generated some 500 flood-related emergency calls in Lancashire. Residents were evacuated after 43mm of rain fell in 24-hours on Galgate; the adjacent A6 was flooded as the River Conder rose. Waist-deep water submerged the village. Residents said water “came in faster and faster,” and in the battle of “buckets versus river, the river won”. Many white goods were all lost. Nearby southbound stretches of the M6 were down to one lane.

Over a similar 36-hour period half a month’s rain (89mm) fall on Shap in Cumbria. The EA protected 6,000 Cumbrian and Lancashire properties overnight; some 500 houses lost power.

Enzygo recently modelled a site which was subject to flash flooding, as part of our assessment we specified a series of flood defence measures in order to provide protection to the revised climate change allowances of 50% and 70% above the 1 in 100yr flood event.

Hot and getting hotter

Two more contributory factors need to be added to the 2017 weather and climate mix. The first is a January 2018 report by Noaa that 2017 produced record extreme US weather-related losses; the total of $306 billion was some $90 billion higher than the previous 2005 peak.

To prove that devastation does not only come from heavy rain, Noaa notes that the cost of wildfires following long-term drought, particularly in California, tripled to $18 billion. To make living conditions worse, 2017 still included intense cold spells when extreme cold arctic weather was pulled down from the polar regions.

2017 also saw a focus on financial factors. The London School of Economics’ Grantham Institute reported Association of British Insurers (ABI) 2016 figures that economic losses from flood and storm damage were rising above the wettest winter on record and could be far higher than projections.

It also noted that according to research published in the journal “Hydrology and Earth System Sciences” that heavy rain in late December 2015 was made 40% more likely by climate change.

Please feel free to contact me if you feel more information would be useful. All discussions are, of course, confidential.