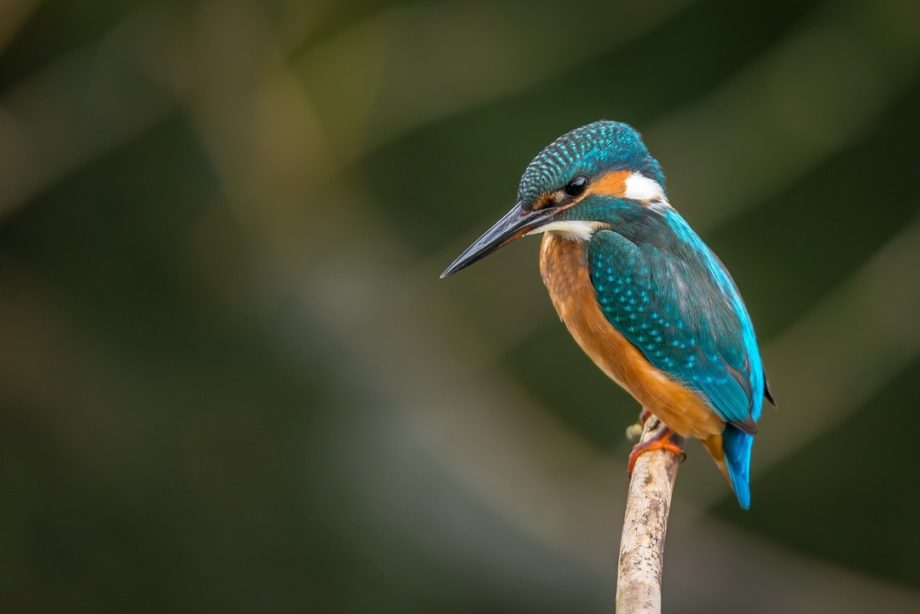 Why wildlife licence fees are good news for developers

Everyone likes saving money, the Government included. Paying for wildlife licences may not sound like good news. However, to help build a million homes by 2022-23, Natural England is introducing fees to fund a more streamlined service and new policies designed to create a better wildlife habitat.

I think this is extremely good news for most of us. The recent rapid rise in applications is straining the present free but over-worked licencing system. When changes are rolled out gradually in 2019, all parties should benefit – people, wildlife and expensive-to-run government agencies!

Several new principles are being introduced. Until now, licence applicants have been encouraged to keep wildlife out of brownfield land with fencing or by destroying habitat. The new regime allows developers to make use of this valuable type of land if they have a management plan in place and there are overall benefits for European Protected Species (EPS). 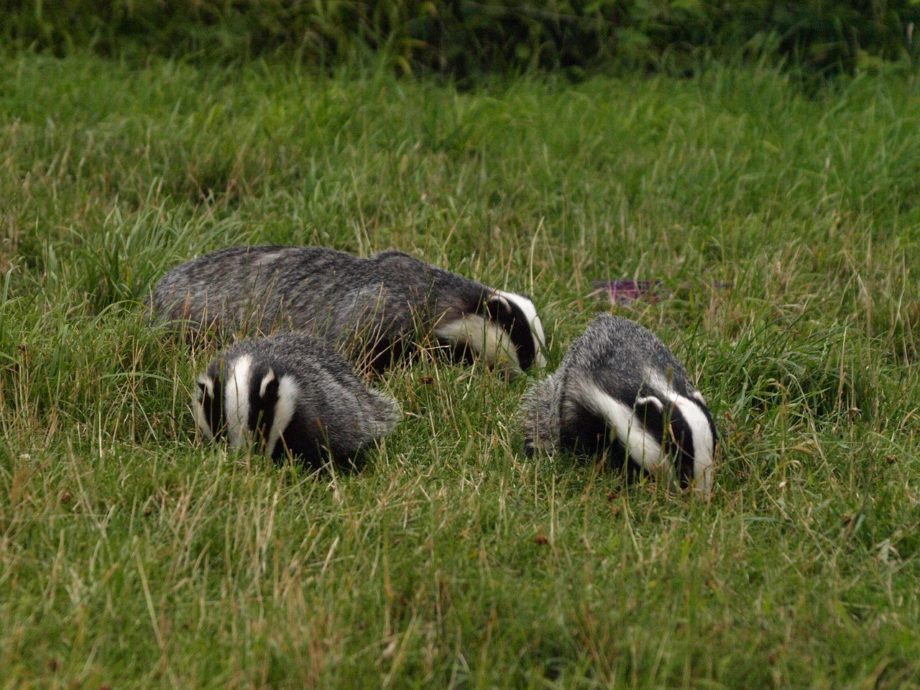 A second strand to the changes allows developers to create off-site habitats if these provide greater EPS protection.

Natural England also recognises as a third priority that surveys can create expensive delays when EPS are discovered unexpectedly. Fourthly, it will also allow greater flexibility in selecting the right level of survey needed where a development’s impacts on EPS can be predicted with sufficient certainty.

How will this fundamental shift in balance work? The aim is that fees will fund an expanded, swifter and more reliable licensing service that delivers results within 30-days – saving applicants valuable time and, therefore, money that they can then invest in habitat rather than bureaucracy.

However, the four new policies will also encourage planners to think on a much broader “landscape”-scale and channel investments into much bigger, better and more joined-up habitats.

In other words, the law is being re-focused to help businesses target their mitigation funding into providing the greater security that EPS such as Dormouse, bats and Great Crested Newt (GCN) populations now need urgently.

In practical terms, for GCN as an example this can mean less fencing and a reduced need for translocation when impacts are not significant and only a few individuals are encountered – essentially no longer using a site-management sledgehammer to crack a delicate ecological nut.

Natural England is not issuing implementation guidance on the new policies; however, when they have bedded in, it may publish some case studies as pointers.

It is also important to mention that a new type of GCN, Bat & Badger Class licence gives ecological consultants like Enzygo authority to conduct, or supervise, certain activities that infringe on EPS protection providing the development activity, or similar work, involved has a low impact on specific populations.

We have run several successful projects recently for clients which I am able to discuss in confidence.

A gradual phase-in, plus a low-cost online application service

Natural England appreciates that everyone needs an opportunity to understand what the changes mean and how they will work. Therefore, it is phasing in fees and policies slowly. The agency that works on behalf of Defra is also keen to promote online licensing applications as an even lower-cost option.

None of the changes has been made lightly. In-depth consultations were carried out a year ago backed by the promise that all fee-revenue will be ploughed back into a more streamlined service. There is also a comprehensive list of exemptions that again I would like to look at later.

The obvious connection has been made that it is sensible in the interests of efficient government for departments and agencies to coordinate and synchronise their priorities, in this case, to support the building of circa a million new homes by the early 2020s.

The present system has its critics, including the Federation of Master Builders which described the planning system in August as being too “complex, difficult and costly to navigate”. Only 217,000 new homes were built in 2016-17, it says, compared to the Government’s target of some 300,000 annually over the next three to four years. The federation’s recommendations are to simplify the planning process, build in cities, attract developers and end nimbyism.

Since then, the Government has geared up its housing strategy. To underline the homebuilding priority, its national housing agency, Homes England, released detailed plans in early November 2018 to open up 1,250 hectares of development land on 221 sites over the next 12 months as part of a five-year plan to provide more affordable and accessible homes.

At the end of October, the National Infrastructure Commission also proposed a super-development of residential sites, offices and roads in a new Oxford-Milton Keynes-Northampton-Cambridge arc.

However, even with these major residential and infrastructure developments in the pipeline, Natural England’s ambition is to be able to assess all new licence applications within 30-days of receipt.

The need for change

The agency processes more than 30 different types of wildlife licences for Defra and the changes will primarily affect those issued under the Conservation of Habitats and Species Regulations 2017, Wildlife and Countryside Act 1981 (as amended) and the Protection of Badgers Act 1992.

Currently, species under threat have legal protection to ensure their survival. This often tends to focus on individual species and locations where EPS populations have little chance of thriving in the long-term. The downside for applicants is that they frequently have to spend considerable time and money surveying and moving small numbers of animals with marginal conservation benefit.

To change this, the new policies pave the way for: –

The specific final wording of the four new policies approved by Defra is available at https://www.gov.uk/government/consultations/wildlife-licensing-comment-on-new-policies-for-european-protected-species-licences. In summary, they say that: –

Compensation for EPS impacts no longer has to include relocating or excluding populations where this is not needed to maintain the conservation status of a local population because the avoid-mitigate-compensate hierarchy provides greater protection.

Where developments such as mineral extraction create temporary habitat attractive to EPS, proposals are preferred that allow work to go ahead with no EPS exclusions if the local conservation status is not affected detrimentally. Completed sites must make a contribution to local conservation equal to or greater than that of the original site – with a management plan and legal agreement.

Natural England must ensure licensing decisions are supported by survey information in line with industry standards and guidelines. Lower than standard surveys may be accepted where costs are considered disproportionate and ecological impacts can be predicted with sufficient certainty. Another exception is where mitigation or compensation ensures no negative effect on conservation.

Consultation on the changes

When Natural England consulted widely on its mitigation licencing proposals it was challenged on the principle of charging, charging rates, the cost of some licences and the potential impact on wildlife from unlicensed activities. However, the agency concluded that there is overall support for mitigations licence changes for developers and operational activities on the strict proviso that service delivery does actually improve.

On this point, charges will only be introduced after upfront investments have been made to guarantee new service delivery standards.

To help smaller businesses, the self-employed, new entrants to the sector, multiple-species licence-holders and people involved with voluntary work, online registration is being promoted directly into Natural England’s Casework Manager system. Online costs have been revised down by approximately 50% and online charges are being deferred by at least 12 months to allow users time to become familiar with the system.

Exemptions and other licence types

I mentioned earlier charging exemptions. These are designed to support wider policy aims.

Specifically, they will cover licences issued for health and safety reasons, to prevent serious damage to property and the potential spread of diseases. They will also apply to household extensions and home improvement projects, plus conservation projects and research for protected species and habitats. Certain historic and culturally valuable properties are also included.

Clearly, licencing is a potentially complicated subject and Enzygo’s full range of ecological services are explained at https://www.enzygo.com/services/ecology/.

Meanwhile, if you would like more information about how Natural England and Defra changes and fees might affect you, and how the new policies can work to your advantage, do please contact me directly.