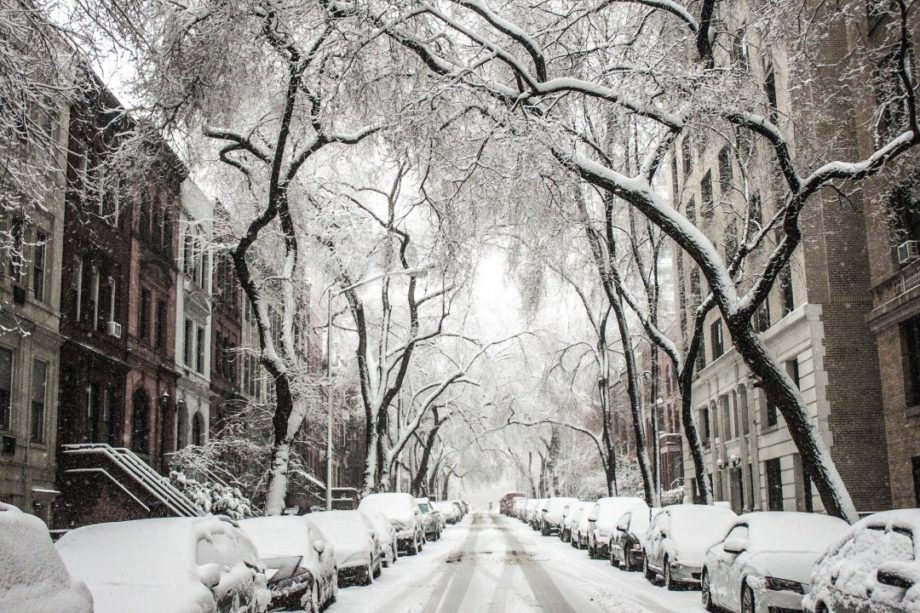 We all deserve a happy, relaxed and worry-free festive season to help us recover from an incredibly hard year … and far be it for me to be a party-pooper.

Something peaceful – with snow, holly, robins, sledges, plus rosy-cheeked children and cheery postmen – built on the ghosts of Christmases past to sustain us through short days and cold nights.

It might be important to hold on to those thoughts. Yes … as you have probably guessed, there is unfortunately a big “but” coming! And I would like to look at what that “but” might mean.

Nostalgia and the weather are not what they used to be …

But … when we try to forecast the weather for Christmas 2020, New Year 2021 and beyond, it is clear that major meteorological change is coming which will be swift, erratic and much more extreme than the four stable seasons we are used to.

That in turn will bring technical, commercial, economic and even cultural changes. However, I believe we now know how to mitigate many of these challenges – and still have merry Christmases!

The 2020 Christmas Day forecast for most of the UK is “overcast”. Things could then go downhill. The Met Office says January and February could be unusually wet with a high flood risk – not a certainty, but certainly a very strong possibility.

The Met Office has also predicted that by 2040 most of southern England may no longer see days with freezing temperatures; lying snow will only be found on the highest ground by the end of the century.

That is not necessarily as positive as it might sound. What we can actually expect is warmer and wetter winters, plus hotter and drier summers. Why? It’s that pesky climate change thing again.

As the earth’s surface temperatures rise – and the scientific evidence shows that this is happening – a hotter atmosphere holding more water will produce more rain and violent storms.

But this won’t be consistent. Huge and complex mid-ocean climatic systems, that oscillate year-by-year and affect high altitude global airflow patterns, seem to be one reason.

The actual 2021 forecast is for a La Niña phenomenon in the Pacific which could mean bad weather again for the UK.

Events like this can cause floods of the type we saw recently in South Yorkshire’s Don Valley, near Enzygo’s northern HQ, and the Somerset Levels, near our Bristol office.

Elsewhere they can lead to droughts in East Anglia, for example, and devastating winds along Irish Sea coasts – plus wildfires in Australia, California and the Arctic tundra, and devastating typhoons in Asia.

Learning to live with a changing rate of change

Where does this take us? Until some new form of stable balance is hopefully reached we will have to learn to live with an accelerating rate of change. I think we can and must for at least three good reasons.

The first is preparation. In fact, preparation, preparation and more preparation to minimise potential damage. I’ll give a case example of what this may mean in practice in a moment.

The second is that the Government is committed to reaching a net-zero emissions target by 2050. This will mean everybody cutting back drastically on their greenhouse gas releases.

Thirdly, new green infrastructure projects are needed to support the Government’s goals that have their own environmental footprints and must go through the planning process. We can help here.

But before looking at these and other government and Environment Agency plans in more detail, it is Christmas so let’s be more festive for a moment.

Reasons to be cheerful

I was wondering how our children, and future generations, will remember the type of Christmas I started this article with, given that some traditions are surprisingly modern.

Red-coated Santa Claus, rather than the historic tan and green clothed figure, is often ascribed to Coca-Cola’s 1931 advertising – which is of course a silly idea because we all know Santa is immortal!

Christmas cards are an important media too. Stage coaches ploughing through the snow are still a popular theme in English-speaking southern-hemisphere countries as the summer sun blazes down!

The card-sending custom we know today was started in 1843 by senior civil servant Sir Henry Cole when the railway boom made cheap “Penny Post” services possible for ordinary people.

What the Met Office and Environment Agency (EA) say

It might be helpful to add more detail to the official forecast. EA head of civil contingencies, Dr Will Lang, says plans are in place to deal with potential flood risks “in a Covid-safe way”.

But he also urges people to be as well-prepared as possible, a point I want to cover too.

Details about winter rainfall severity, and parts of the country most likely to be affected, will be released “a week or two in advance”. In other words, we have to plan for greater uncertainty.

What makes the situation worse is that Saturday 3rd October 2020 was actually the wettest day since records began. This has been “forgotten”, the EA says, because it didn’t lead to extreme flooding.

Because Britain’s soils were particularly dry, they were able to soak up the excess water. However, soils that are now wetter than average make New Year preparations especially important.

This is perhaps a good point to explain how Enzygo can help as an independent multi-disciplined planning and environmental consultancy with strong general hydrology expertise and experience (https://www.enzygo.com/services/hydrology/).

What makes us different is that we integrate this with emerging factors that will be increasingly important in the future.

We start with flood resistance methods – building cost-effective booms and barriers to keep flood waters at bay. But then focus strongly on creating resilience for individual buildings – the ability of properly-designed properties on flood plains to bounce back quickly from physical flooding.

Our team also identifies the importance of underrated factors – such as surface water flooding risks and obligatory riparian maintenance of watercourse and culvert responsibilities.

I can best explain this by referring to our recent “Stockport Flood Risk and Riparian Ownership Analysis for Stockport Homes Group (SHG) (https://www.enzygo.com/projects/stockport-flood-risk-and-riparian-ownership-analysis/)

Too complicated perhaps before Christmas! But I am happy to discuss this and similar cases confidentially, if you would like to contact me directly (matt.travis@enzygo.com).

There are two other things I should mention quickly.

The first is the 26th UN Climate Change Conference of the Parties (COP26) which the UK will co-host in Glasgow in November 2021. This is charged with building on the Paris climate agreement of 2015.

The other – which feeds into COP26 – is a raft of new low-carbon legislation to help the UK “build back greener” and meet its tough goal of net-zero emissions by 2050, post-Covid-19 and post-Brexit.

The UK has a strong international environmental record – its pathfinding Climate Change Act 2008 has been copied by other countries. But it wants COP26 to be a major success as pro-environment President Biden enters the White House.

COP26, delayed from 2020 by Covid-19, is where countries must make National Determined Contributions to cut emissions and keep temperature rises this century below a relatively safe 1.5C.

Prime Minister Johnson sees this as a commercial and political opportunity to build on the UK’s existing environmental credentials.

The Government has also published a series of interconnected strategic initiatives which will affect how we all live, work and do business.

The PM set the ball rolling early in December with a swingeing 68% UK greenhouse gas (GHG) emission cut by 2030 – a target and date that can’t be missed if the 2050 net-zero goal is to be met.

However, this was quickly superseded by the Climate Change Committee which in its 9th December Sixth Carbon Budget called for a 78% reduction by 2035 over 1990 levels.

The Government’s Ten Point Plan was then released which shows how we will reach these targets (https://www.gov.uk/government/publications/the-ten-point-plan-for-a-green-industrial-revolution and https://www.gov.uk/government/publications/the-ten-point-plan-for-a-green-industrial-revolution).

On a macro-level, it includes a 40% increase in UK offshore wind power – plus onshore wind – a new nuclear fission power station, and new technologies to harness the energy of the stars – nuclear fusion.

It will also involve large companies and industries perfecting new workable solutions on a huge commercial scale – such as energy delivered by green hydrogen, plus carbon capture technologies.

Energy – cleaning up our act

The latest announcement, the long-awaited ‘Energy White paper: Powering our net-zero future’, describes how the clean energy transition will be achieved (https://www.gov.uk/government/publications/energy-white-paper-powering-our-net-zero-future).

Why are Government’s policies and COP26 so important?

All of the above are important in two ways. The first is that they will require small but important actions from us all.

Secondly, they will involve many infrastructure and investment decisions that will in turn will need well-informed environmental impact and planning support. This is where Enzygo can help.

Back to a very different kind of future

If we think we have it tough now, it is probably worth remembering winter 1963; a month of snow followed by a two months deep freeze almost brought Britain to a halt. The sea froze in places.

At -20C, this was colder than the infamous 1947 winter which threatened the post-war economy. But 1407 was worse still when icebergs clogged up the Channel!

With the variations of climate change, the same could happen again. If it does, we’ll be ready.

Happy Christmas. Please contact me at any time to talk directly.