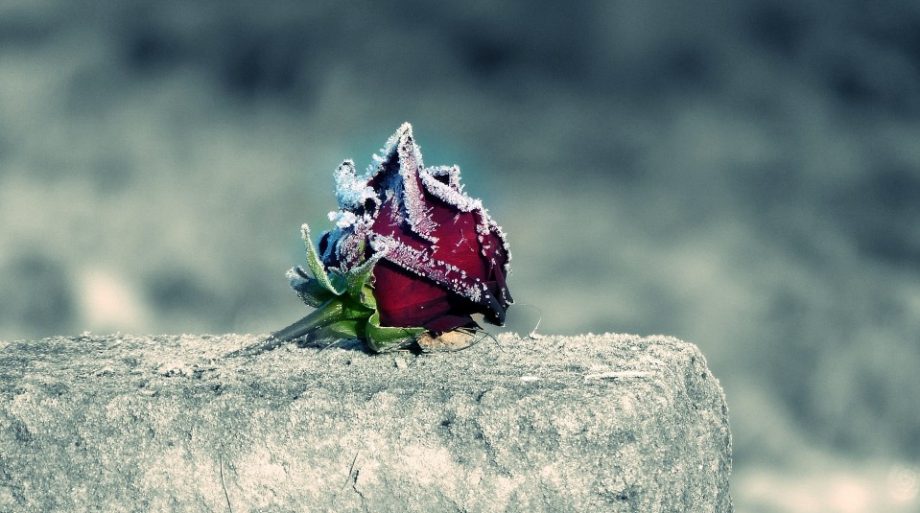 The final rite most of us perhaps expect from life is a small plot of land where our mortal remains or ashes can lie in peace. Sadly, this is now not always available. Graves are becoming a luxury in short supply. As a result, the world is looking urgently at other options. And I thought we should take a quick look too.

American Founding Father, Benjamin Franklin, homed in on the problem in 1769 while commenting on the durability of the new US constitution by pointing out that life’s only certainties are death and taxes.

In 2020, he might have added that finding a plot for a simple grave is now a great uncertainty. Land is the problem, and Britain is fast running out of traditional burial spaces.

Some 72% of us now chose cremation. For some faiths, interring the physical body is a religious requirement. Many people believe cemeteries are social places, while others think they should be private and sacred. Multiple solutions are needed.

I would like to examine these complex problems to show how we can help to identify land for environmentally-friendly developments, and gain swift planning consent for both new cemeteries and old site extensions.

As environmental consultants and planning consultants one of Enzygo’s (www.enzygo.com) primary focusses is land management, and we work closely with private organisations and local authorities to evaluate the potential for different types of development within local plans.

Modern cemeteries clearly have to compete for land against other important residential and business uses, and convincing cases have to be made for planning permission to be granted.

Fortunately, we have a strong track record for understanding local circumstances, working with communities, anticipating and answering key questions, assisting planning officials, and, as a result, keeping to strict timeframes.

I will explain later what our input can be by referring to two projects where we resolved specific problems and created an overarching strategy.

The first is the Muslim Gardens of Peace, Hainault, Essex; the second was Harborough District Council (HDC) in southeast Leicestershire which brought us a prestigious planning award.

But not everything is technical, and I have listed later some of Britain’s oldest, most quirky, but also beautiful churchyards, mausoleums, and burial sites. Plus very bizarre ways of storing the dead …!

Britain’s oldest recorded cemetery is a narrow cave in a Somerset gorge used by people in the Mendip Hills as the last ice age ended 10,000 years ago.

But compiling a comprehensive history of our cemeteries, churchyards and burial places is not easy. Many have been deconsecrated and abandoned. By one estimate, circa 3,500 pre-1914 sites remain.

However, what we know that the Victorians employed the same architect and landscape professionals who laid out their great green parks to design cemeteries as open morally-uplifting spaces where death could be regarded with dignity.

The Victorian answer was to build large brand- new cemeteries at the edge of towns where relatives and families could gather in pleasant green environments to visit the graves of their dearly departed. Today, many still hold listed buildings.

Muslim and Jewish communities tend to have cemeteries dedicated to their faiths, although many cemeteries have different areas for different religions.

Two centuries later other problems have emerged. Despite Covid-19, the population is growing again. The great diseases have been defeated. Employment conditions – and the nature of jobs – have improved. Longevity has been extended. The result is new pressures for burial spaces.

But the grand Victorian vision has largely gone, with many cemeteries now neglected apart from individual graves. There are also no over-arching regulations of burial and cemetery practices.

Instead, there is evidence of cemetery managers ‘squeezing in’ extra graves wherever they can.

However, more controversial solution is the widespread re-use and sharing of graves. This is actually less traumatic than expected since very little physical presence of former occupants’ remains. 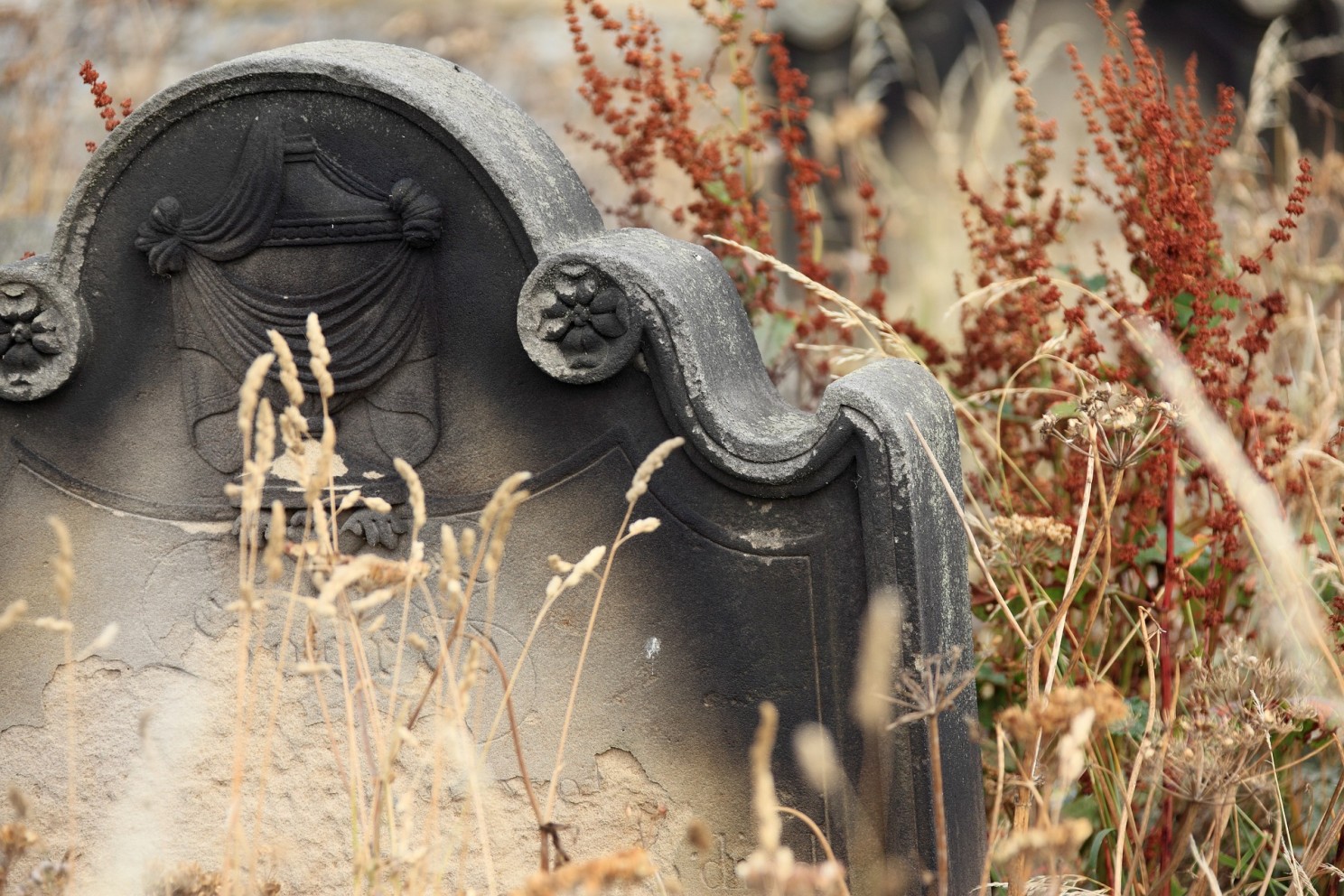 How long is forever?

Ancient graves were forever; ‘in perpetuity’ today generally means 100 years and certainly no less than 75. That could be shortened to 10 to 30 years under The Greater London Council Act 1974.

But there is a process in the UK. Attempts must be made to contact family members, with notices posted on gravestones for six months. Relatives can deny permission and take over ownership themselves. But increasingly relatives, often of different generations, are being co-buried together.

Perhaps more controversial is the idea that strangers may be buried together, albeit with shared faiths with rites.

Exotic solutions where land is scarce

I will pause for a moment. Other countries face similar land availability problems and some of the innovative solutions they have come up with are ingenious: –

– Hong Kong’s ‘Floating Eternity’ columbarium (basically a floating cemetery) has 37,000 niches for storing ashes in a rotating wall. If built, it will sail from port to port, spend most of the year at sea, but come inshore for important festivals (https://archello.com/project/floating-eternity-offshore-cemetery).

– In Brazil, tens of thousands of bodies are held in vertical vaults. The world’s tallest vertical cemetery in Santos is 32 storeys high (108m) with 25,000 storage units or tombs.

– Taiwan’s True Dragon Tower columbarium goes one better as a 20-storey ‘hotel for the dead’ designed to hold the ashes of 400,000 people (https://archinect.com/news/article/150140478/the-world-s-tallest-columbarium-is-a-glitzy-hotel-for-the-dead).

Life expectancy at birth was estimated in 2018/20 as 79.3 years for males and 83.1 years for females in England, 76.8 and 81.0 in Scotland, 78.3 and 82.1 in Wales, and 78.7 and 82.4 in Northern Ireland (https://www.ons.gov.uk/peoplepopulationandcommunity/birthsdeathsandmarriages/lifeexpectancies/bulletins/nationallifetablesunitedkingdom/2018to2020).

In 1900, the average for men was 47 years, and 50 for women, with figures skewed by a high childhood death rate (https://localhistories.org/a-history-of-life-expectancy/).

So clearly, as the baby-boomers come to the end of their long lives, there will be more bodies to dispose of.

There is currently no clear legal statute and most guidance is taken from the ‘Burial Law and Policy in the 12st Century – The Way Forward’ – https://www.iccm-uk.com/iccm/wp-content/uploads/2020/09/iccm_burial-law-policy-MoJ-2.pdf).

As such, the development of new burial grounds is largely unregulated.

In practice, the Environment Agency now provides one of the most active forms of regulation because of concerns about pollution to water sources.

Fortunately, some 6,000 churchyards closed to burials in England and Wales are also maintained as sacred eco-systems where no pesticides are used and mowing takes place only once a year.

As such, while other urban and sometimes rural environments retreat, birds, reptiles, insects, and bats, but also badgers, foxes, deer, plants and wildflowers, can find local safe havens. 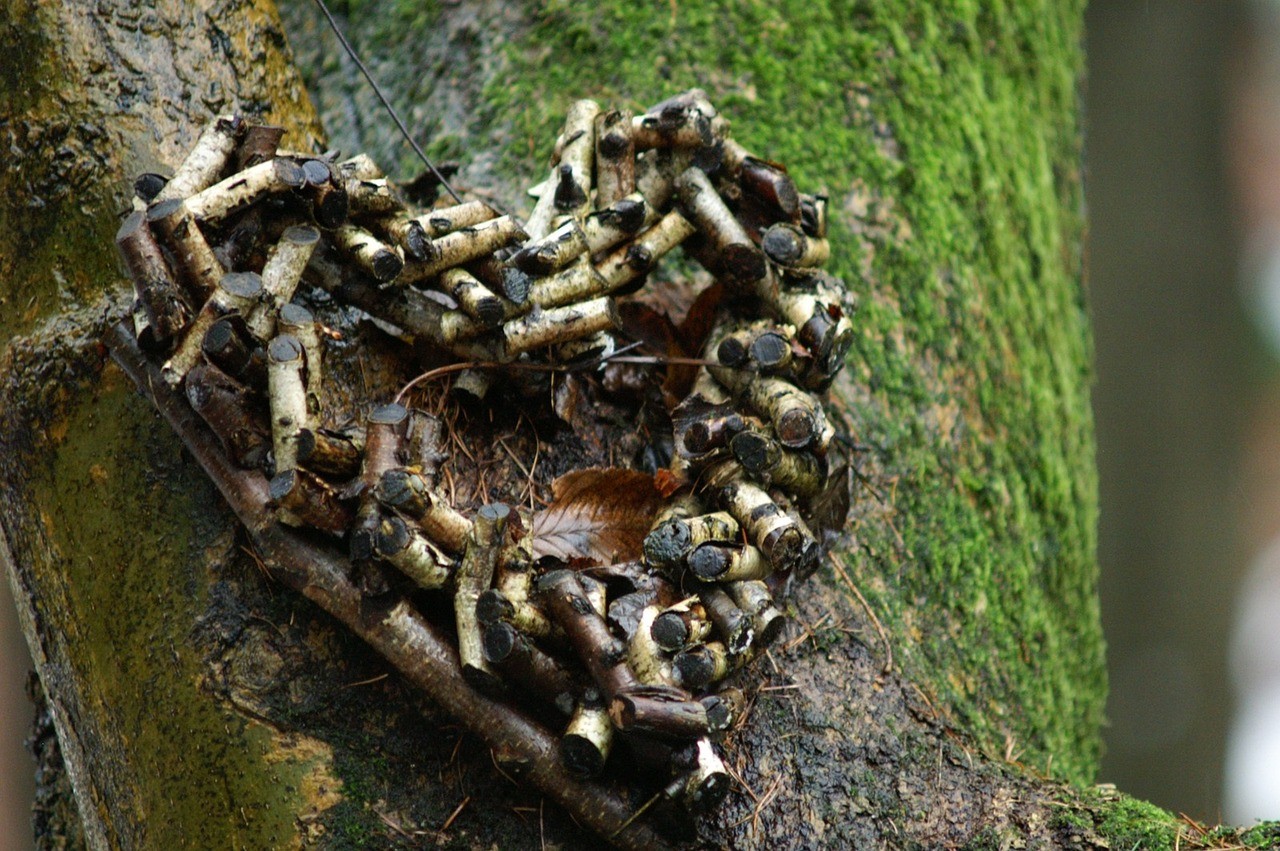 Since 1993 in the UK, natural burials – often known as woodland burials – can help too and there are more than 270 sites privately owned and run by charities, or maintained by local authorities on land adjacent to traditional cemeteries (http://www.naturaldeath.org.uk/index.php?page=find-a-natural-burial-site).

Part of this modern reconnection with burial sites comes from a growing fascination with family histories; information found in old burial records is rekindling interest too.

However, another driver is cemetery-friends groups like the ‘Living Churchyards’ project which emphasises the value of biodiversity and a low carbon future. Churchyards in South West England are an example (https://ecochurchsouthwest.org.uk/actions/living-churchyards/).

Many local authorities have green space strategies but few have separate cemetery strategies. Whatever the situation, we can normally help as the following examples show.

– Muslim Gardens of Peace – Enzygo helped resolve planning issues that resulted in permission being granted to develop the 10,000 burial plot Maylands Cemetery Muslim Garden of Peace that will preserve the tranquillity of green belt land at Romford in the London Borough of Havering.

The Muslim community believes exclusively in burials. But finding space for its expanding UK population is a big concern. It is urging local planning authorities to relax the rules for new burial cemeteries in the same way they have for new crematoria.

Most funeral services are currently provided by local mosques which ensure rituals conform to religious requirements. However, more private funeral directors are now offering their services.

Methodology – Enzygo addressed flood risk and drainage issues on a river bank site to ensure burial plot areas and associated built infrastructure had a minimal flood risk. We demonstrated the proposed development would not result in a loss of floodplain storage, and that sustainable surface water drainage arrangements would not increase flood risk downstream and in the surrounding area. We then designed and obtained approval for a detailed surface water drainage scheme. The site is under development and the cemetery should open in December 2023.

– Harborough District Council (HDC) – Enzygo was asked to provide a comprehensive analysis and planning strategy for HDC … and as a result we were successful at the 2018 Planning Awards run by Planning magazine in conjunction with PlanningResource and PlacemakingResource.

HDC is a modern mainly rural local authority. To meet its land use commitments, and responded to local growth needs, HDC asked Enzygo to create the Harborough District Cemetery and Burial Strategy within the Council’s Local Development Framework, Local Plan.

– Methodology – We surveyed the burial capacity of individual HDC parishes by talking to parish councils, vicars, church wardens, and through desk studies. We also considered the unparished town of Market Harborough. The result was a series of local micro solutions that also revealed and closed macro-level shortfalls in the existing comprehensive planning strategy.

I promised that I would point to some of Britain’s oldest, often eerie, but also most beautiful cemeteries said to be well worth a modern visit. They include: – 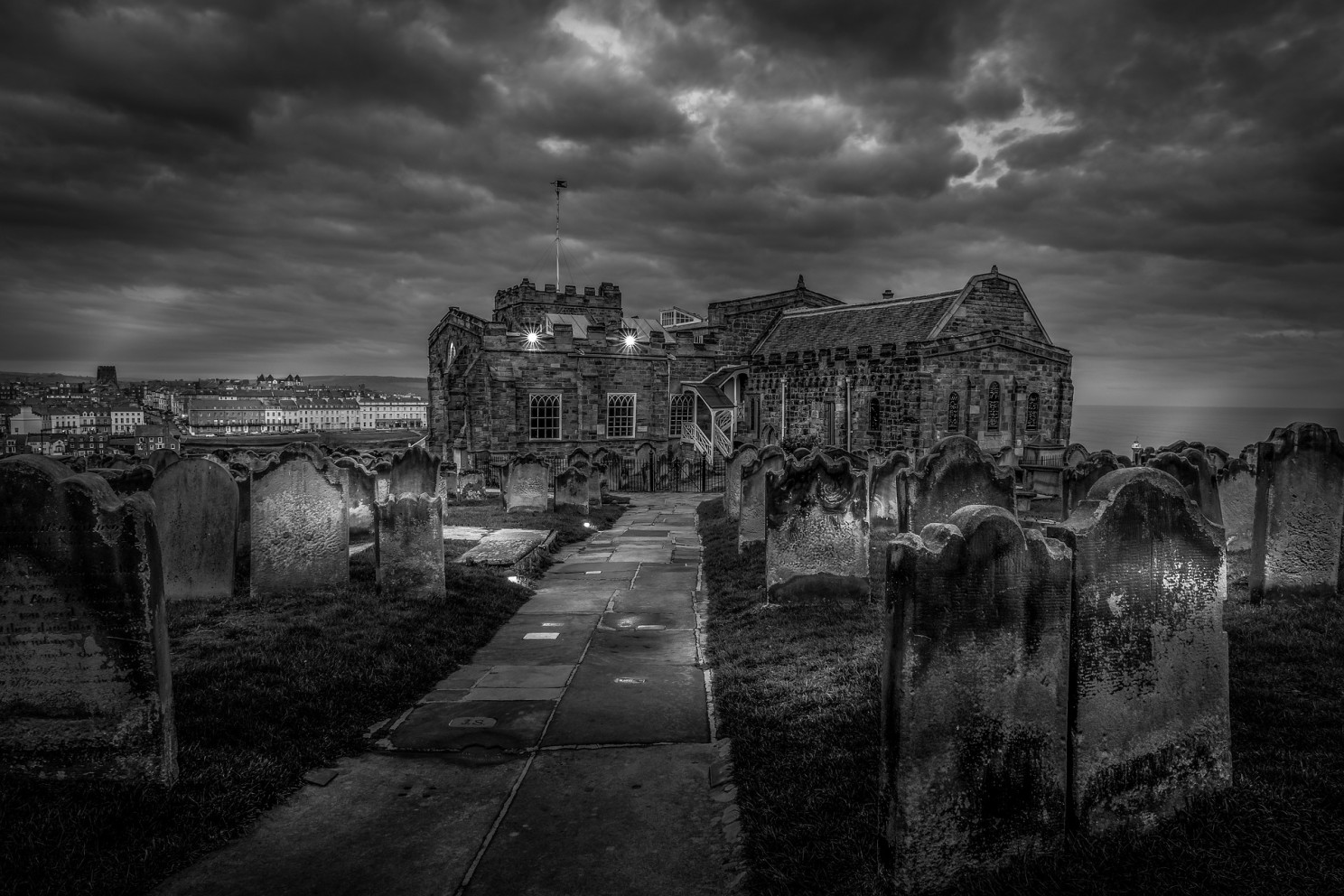 Whitby Cemetery, North Yorkshire (https://www.findagrave.com/cemetery-browse/England/North-Yorkshire/Scarborough-Borough/Whitby?id=city_405948) – a clifftop graveyard at the top of a 199 step climb which figures in Bram Stoker’s Dracula legend and overlooks the town and sea beyond.

Crossbones Garden, London (https://crossbones.org.uk/) – thought to have been a medieval burial ground for sex workers, and later many of the area’s poor now, it is now overlooked by The Shard. 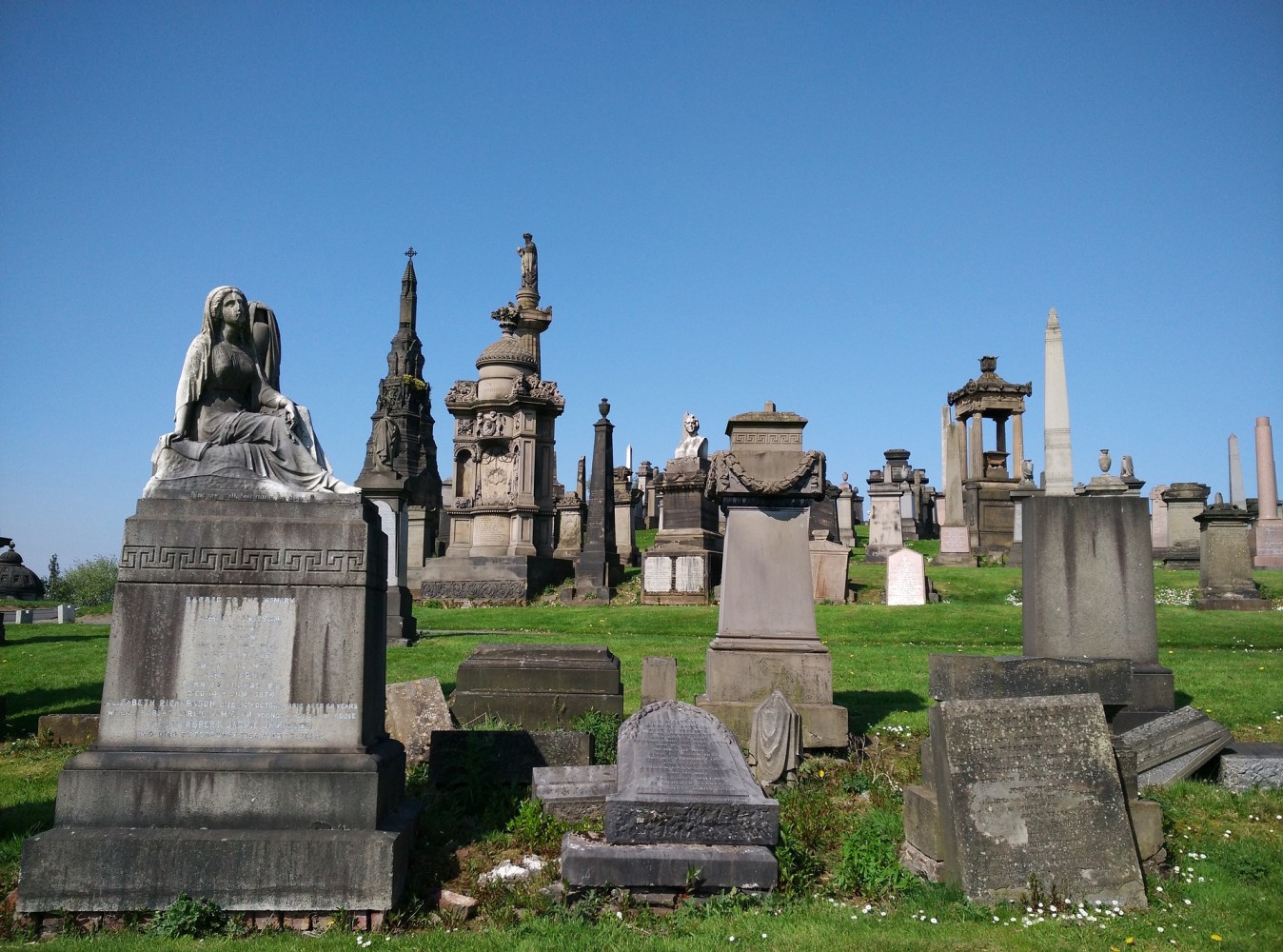 Arnos Vale Cemetery, Bristol (https://arnosvale.org.uk/) – arguably the most attractive Victorian cemetery outside London that shows how “great gardens of death” work in the twenty-first century. 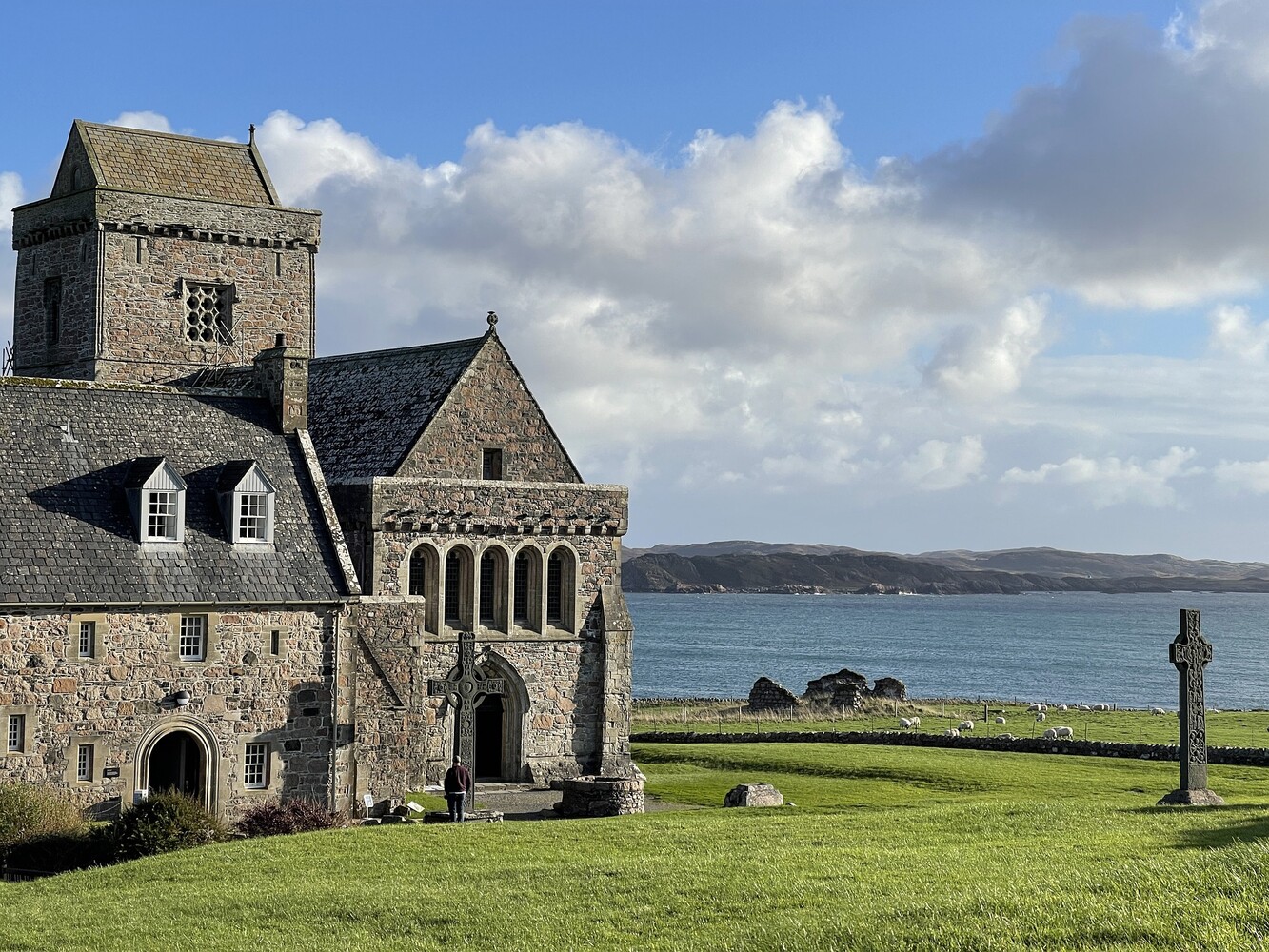 Iona Abbey, Isle of Iona (https://www.historicenvironment.scot/visit-a-place/places/iona-abbey-and-nunnery/) – home of ancient tomb stones with intricate Celtic designs, and by legend the Scottish king murdered by Macbeth in 1140 plus 47 other monarchs and saints.

If you would like to discuss any of the issues above, or need more information, please contact me directly.