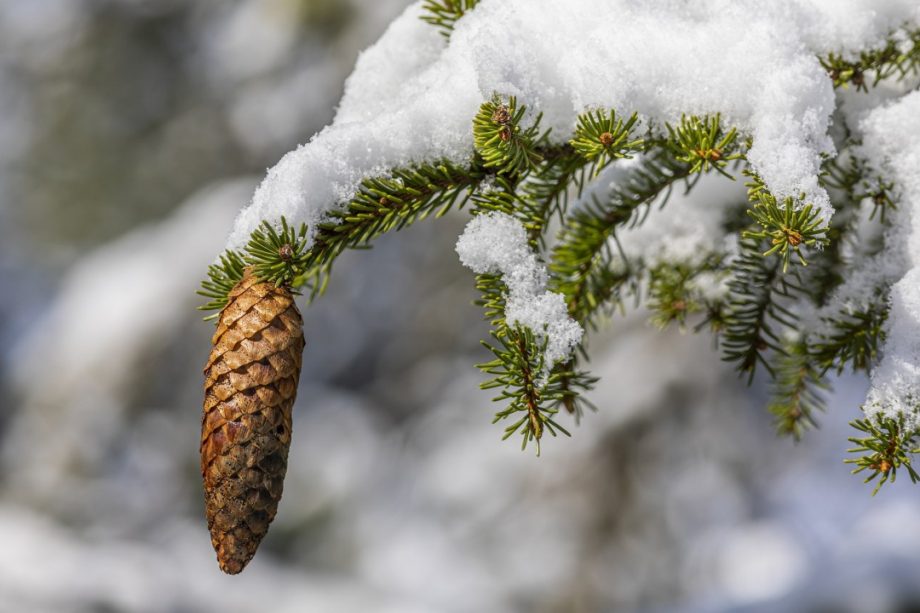 Merry Christmas! With luck, a kind chilly season that pushed the mercury unusually high in a wet November will help us through this year’s expensive energy crisis so that we can celebrate with both warmer temperatures and spirits. That is probably overly optimistic, but here’s hoping!

However, for a complete seasonal weather round up we cannot ignore the uncomfortable possibility that Christmas 2022-2023 will be sandwiched between two environmentally very strange years! This is currently an anomaly. But could it become a trend?

But before putting my reputation on the line as a very amateur forecaster by trying to read the winter weather Runes again, I feel duty-bound to begin with a professional call-to-action. At the same time, I hope to generate at least a little bit of seasonal good cheer and fun.

The serious note is that, as the COP27 climate conference in Egypt has shown, we have much to do as a united planet if we want to minimise future global warming and live with what is now an unavoidable level of climate change.

Are there any practical steps we can take to help as individuals and businesses? Yes, there are.

The first is that with good design and planning, we can dial back the release of more greenhouse gases. The second is that with carefully preparation, we can minimise damage already waiting for us in the pipeline. To explain how, I would like to refer back to some of the posts we published in 2022.

Reasons to be cheerful?

Is this a real solution? Again, yes. The window of opportunity is tight, and some changes are now clearly embedded. But the science says even small cuts in warming will significantly reduce the severity of future impacts.

But first, we deserve a festive break! To start the ball rolling – bearing in mind that the Runes come from old Norse mythology – I have focused in some quaint, odd, and downright bizarre ways in which good folk around the world celebrate … starting with a quick wintery quiz!

I thought we might then amuse ourselves a tad further by looking at some slightly sinister folklore figures in old winter festivals, unusual foods and traditions, plus Christmas ‘facts’ that are wrong.

But before any of that, here is this year’s winter weather forecast.

A 10C temperature variation can change daily winter national gas demand by an average of 100 GWh over a full season. Based on the UK October gas price cap (10.3p a kWh), this equates to £1 billion for each 10C variation in temperature – big numbers!

Moving through December, a cold snap could bring snow and ice to the north before milder but wet and windy conditions returning in 2023. The chances of a very cold winter like 2009-2010, are said to be low this winter – fingers crossed!

But local conditions in Yorkshire may vary – so please check your own pinecones or seaweed!

Now the quiz. The answers are given later, but the only prize for correct answers is self-satisfaction!

Number one – which country includes in its traditional festive food raw whale skin – complete with blubber, of course – and dead fermented auk birds stuffed into a seal skin? Surely, there cannot be too many candidates! 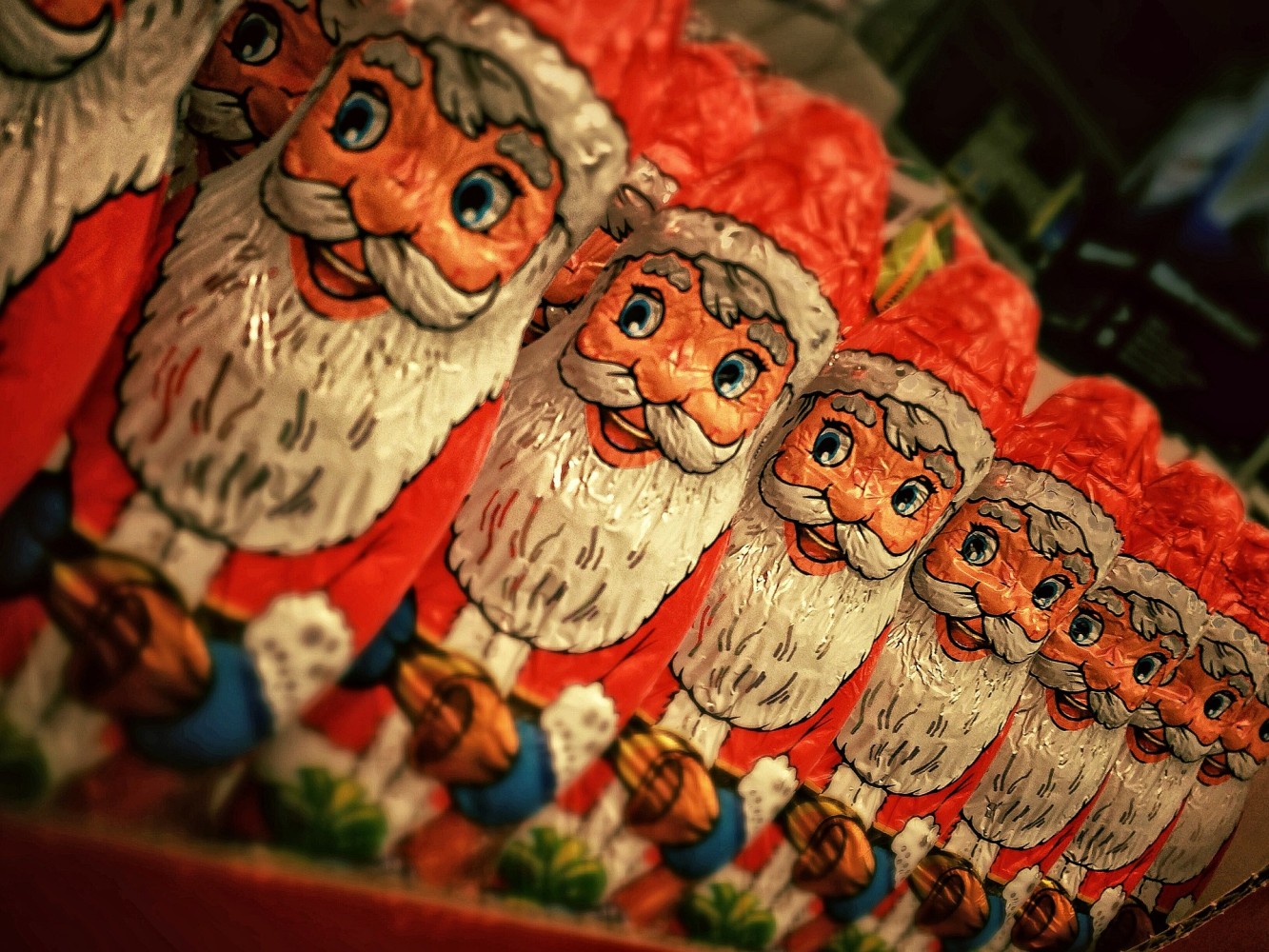 Number two – which country claims Santa as one of its citizens, and has even given him the special post code of HOH OHO? Be careful … it may not be the obvious candidate. 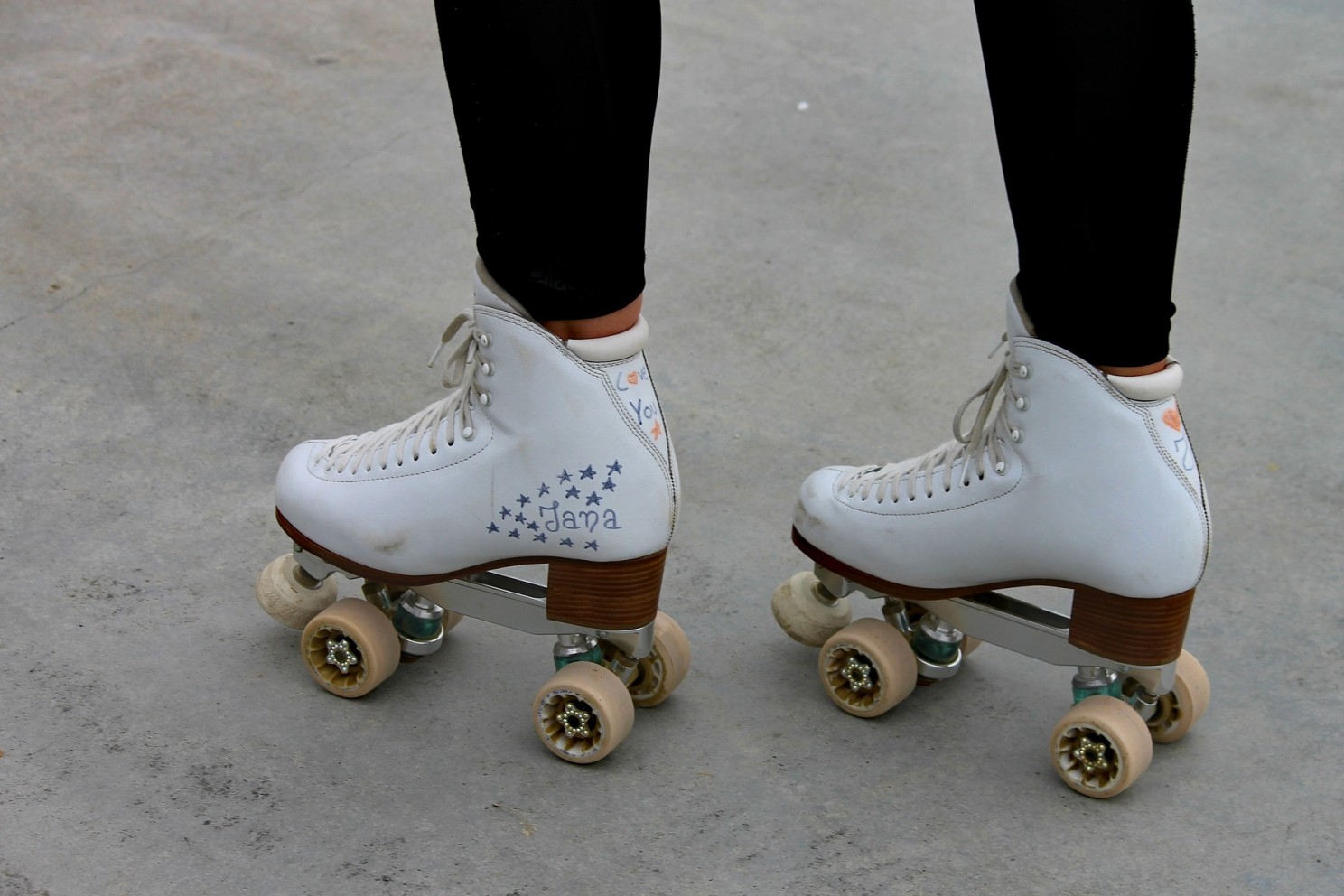 Number three – in which country’s capital city is it traditional for church-goers to roller-skate to mass on Christmas Eve? This is probably a harder one if you don’t happen to know the answer.

Understanding the year we are leaving

While everyone cheats and Googles the right answers, I want to look at why the last 12 months have been different in two ways that could carry over to 2023. The first, of course, is the unprecedented combination of war, inflation, energy shortages, and ‘politics’. 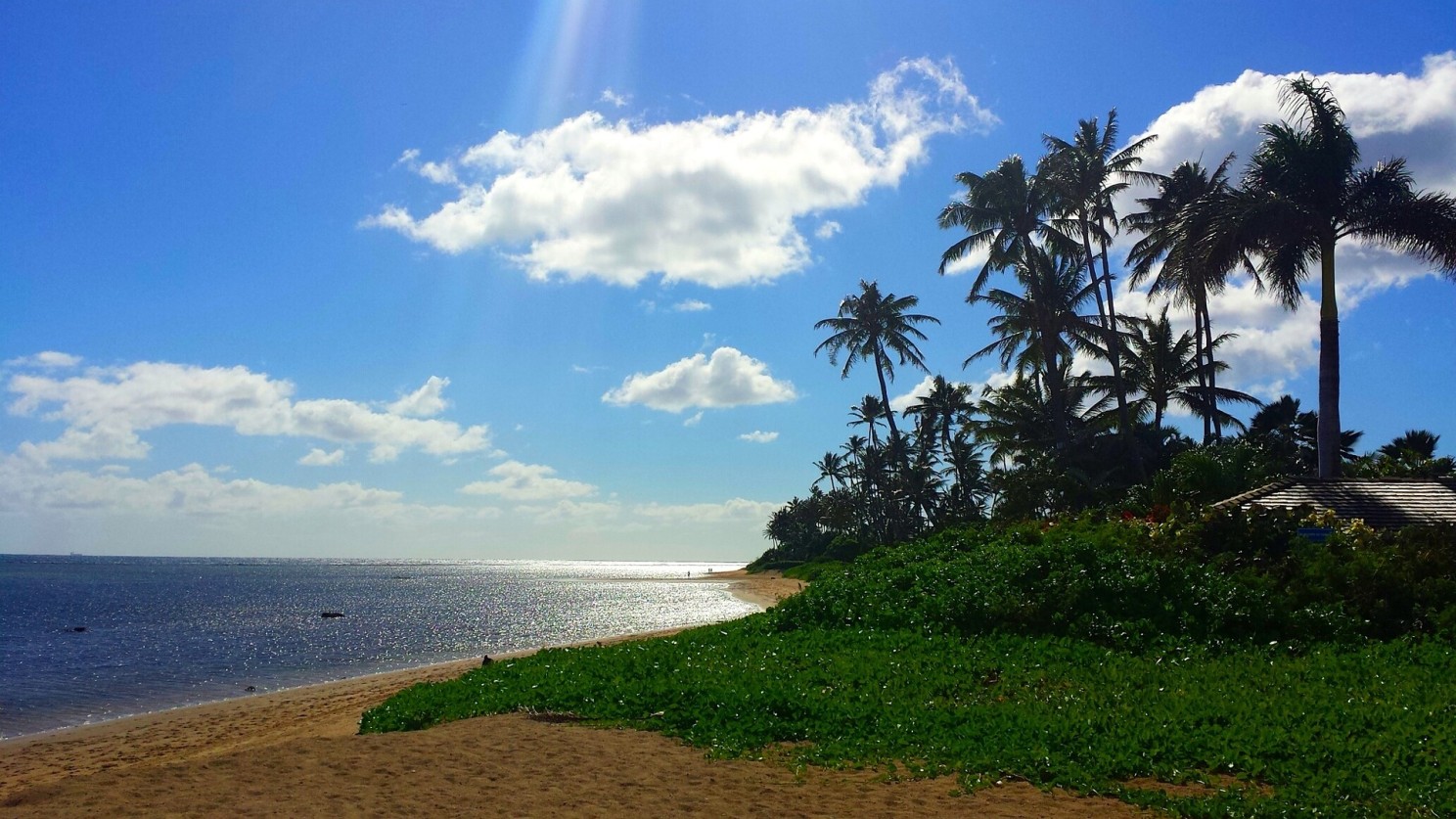 However, the main climatic influence on Europe is the North Atlantic Oscillation between the Icelandic Low and the Azores High. The La Niña phenomena, a cooling of the tropical Pacific Ocean, can create high pressure in the Atlantic in early winter with potential cold snaps.

A rare 2022 ‘triple-dip’ in La Niña caused a chain reaction in world weather patterns in late 2022 that produced droughts in some places, and severe flooding and hurricanes in others. This could happen more often with higher temperatures. 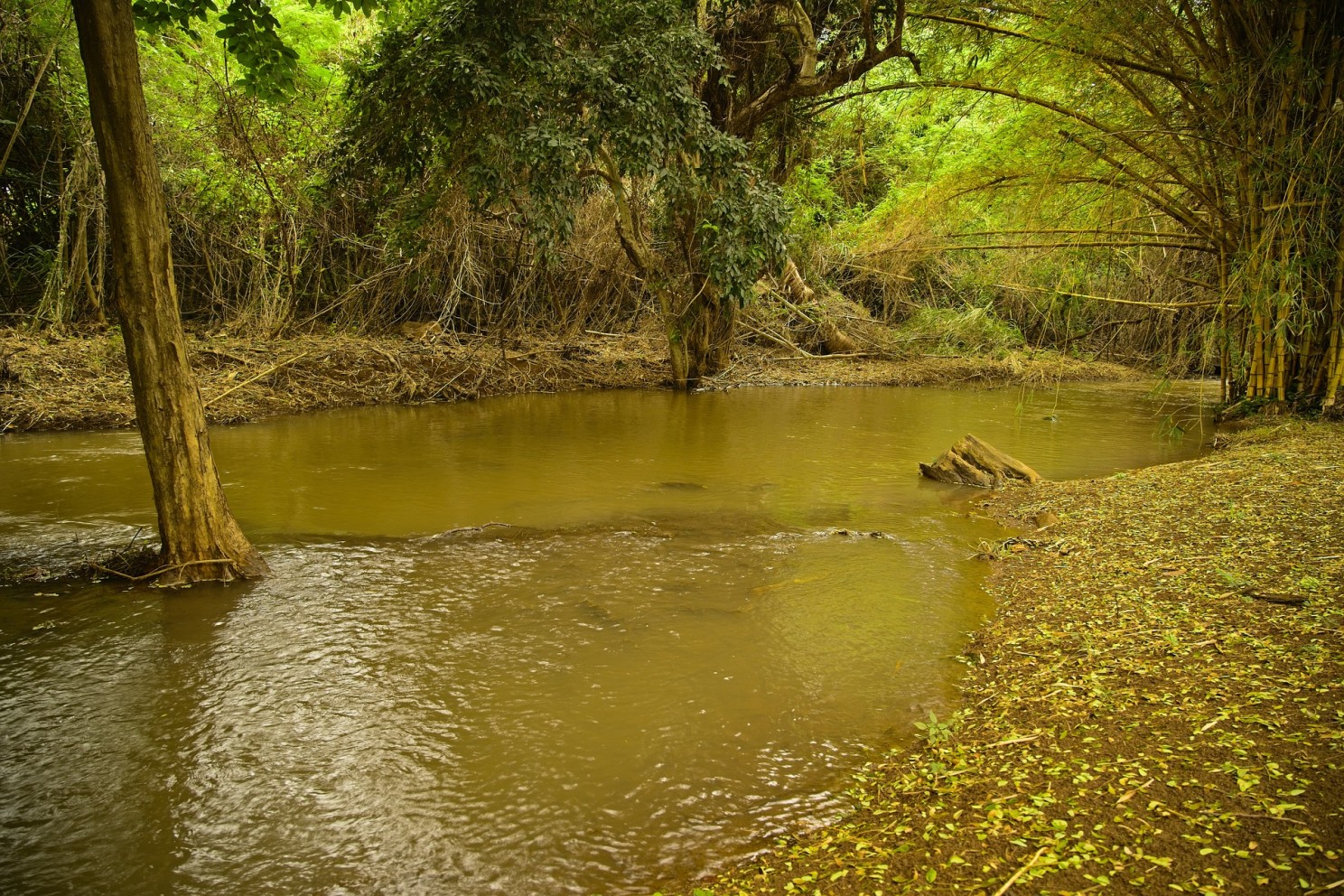 Though they are complex, the effects this year have been severe drought, but also flash floods in the US, plus destructive flooding in Pakistan, Nigeria, China, Vietnam, Venezuela, Thailand, Australia, India, and of course Sri Lanka.

To raise our spirits again, it might be a good point to give the quiz answers.

Canada has given Santa his own alphanumeric postal code because his Arctic home falls within its territory. Letters to ‘The North Pole’ and ‘Santa’s workshop’ go undelivered.

Caracas in Venezuela is the city where church-goers roller-skate to mass on Christmas Eve. No-one really knows why, but it probably began as tropical alternative to sledding.

In most film versions, Scrooge dines with the poor Cratchit family. In Charles Dickens original 1843 ‘A Christmas Carol’ novel, it was with his middle-class nephew Fred’s family and friends.

According to a new study and analysis, the climate crisis may have already pushed the world to the edge of multiple ‘disastrous’ tipping points that could trigger each other in a relatively rapid domino effect (https://www.science.org/doi/10.1126/science.abn7950).

Parallel research shows that just 1.1C of global warming may have already taken five tipping points past the point of no return: – a melting Greenland’s ice cap, big sea level rises, collapsing critical north Atlantic currents, disrupted rainfall that billions of people depend on for food, plus a sudden melting of carbon-rich permafrost.

However, if the world’s 1.5C maximum temperature rise target is missed, four of the five will move from possible to likely; at 1.5C another five become possible, including the destruction of vast northern forests and loss of most mountain glaciers.

The researchers, who say that the whole of human civilisation developed in temperatures lower than we see today, add that there is evidence for a total of 16 tipping points. The final six are likely to be triggered at 2C. But their timescales vary from a few years to centuries. 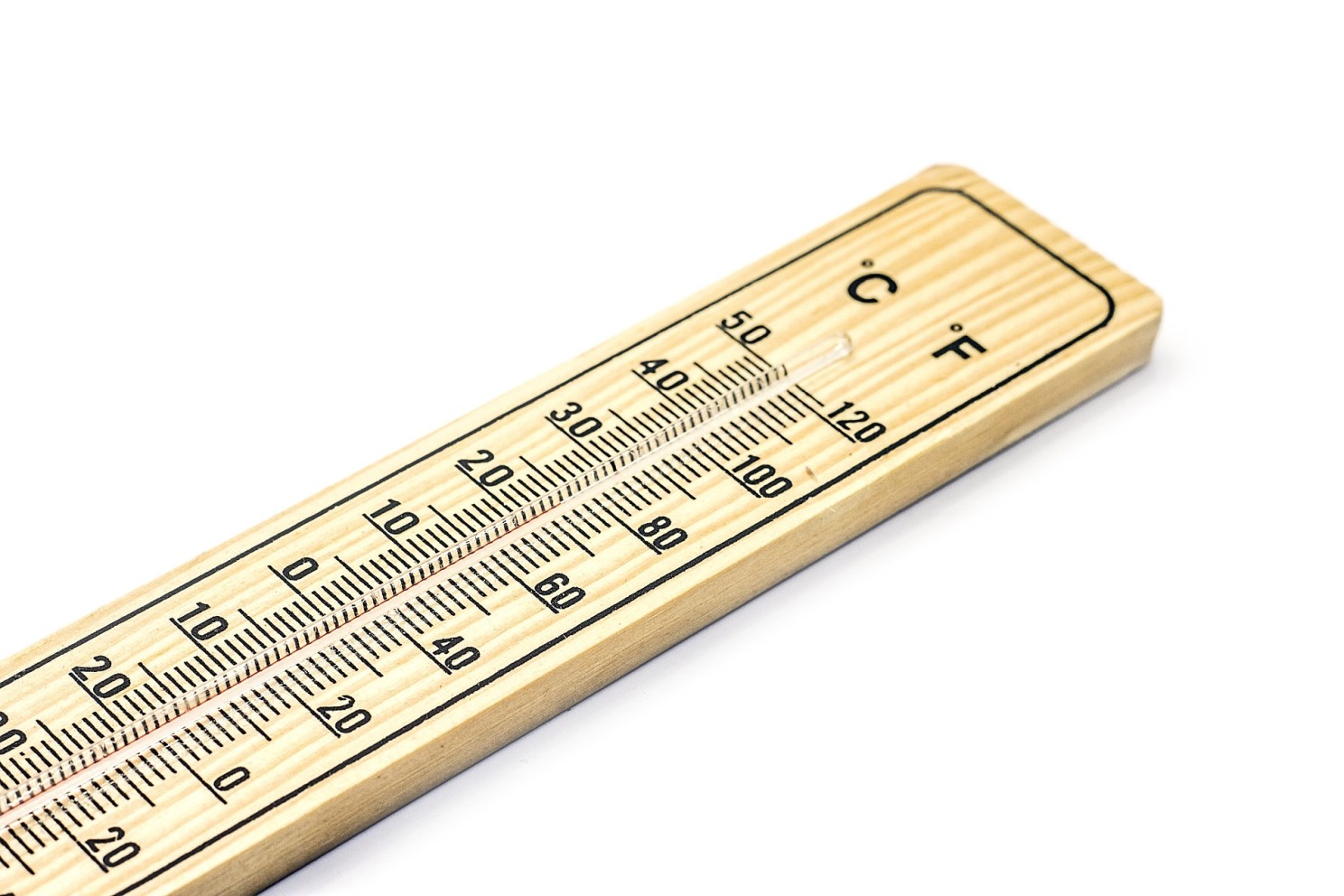 However, we are not powerless!

Research also shows that every tenth of a degree C of global warming we can prevent minimises the potential damage. Enzygo, as a planning consultant and environmental consultant, specialises in the design and planning of projects that cut carbon emissions and turn waste into sustainable energy.

There is also much we can do to reduce unavoidable damage – mitigation – particularly from flooding. What we cannot stop, we can learn to live with – adaptation. And that includes preparing our lives and property to bounce back quickly from adverse events – resilience.

Time perhaps to look at three examples of the many traditional winter and yuletide phantom figures and myths that are perhaps less scary than modern climate change!

A Norse yule goat called the Julebukk is celebrated in Norway as a spiritual link between Christmas and New Year. People dressed as a Julebukk, sing carols, and hang goat decorations from trees.

Mari Lwyd is a Celtic wassailing tradition in South Wales where locals hang a white sheet over a pole, attach a horse skull, and sing to residents who must sing back and proffer food or drink.

Guatemalans believe the devil lurks in dark, dirty houses and spend the week before Christmas piling rubbish in heaps topped by devil effigies that are burned to symbolise a new clean year.

Slightly more serious for a moment, rather than detailing how our environmental services work in the global warming ‘war’, I thought a better ‘Christmas present’ would be to link back to a mix of recent posts we shared. They include: –

– ‘Unusual places our future energy could … and may … come from’ – https://www.enzygo.com/news/unusual-places-our-future-energy-could-and-may-come-from/)

– ‘Energy crisis! What crisis … and what solutions?’ – https://www.enzygo.com/news/energy-crisis-what-crisis-and-what-solutions/

… and finally, some festive foods for thought …

The highlight of Slovakian Christmas Eve meals is carp; live fish are kept in the bath in fresh water to improve their taste. Loksa bread pudding is also thrown at the ceiling. If it sticks, good luck follows!

A 1974 Japanese KFC’s ad campaign was so successful that many families now eat fried chicken on Christmas Eve. Christmas is not traditional, but Japan has many spectacular Christmas traditions.

US president John F Kennedy first publicly pardoned a live turkey in 1963. George H.W. Bush made it an Oval Office tradition in 1989 where one lucky bird each year escapes festive tables.

The Ukrainian spider helped a poor widow who grew her own Christmas tree but could not afford decorations by covered the tree with cobwebs that turned gold and silver in the Christmas Day sun.

Christmas in China known as Sheng Dan Jieh is celebrated by Christian communities with a Christmas tree – or ‘tree of light’ – decorated with flowers, red paper chains and lanterns for good luck.

Most countries celebrate with a green deciduous Christmas. New Zealanders use the Pohutukawa tree, an 1857 tradition also known as “The Settlers Christmas Tree” or “Antipodean Holly”.

… that 25th December was a pagan celebration, mistletoe kissing a fertility rite, modern Santa Claus began as a newspaper ad, and the Christmas Tree was a Victoria attempt to move away from raucous drinking?

Until 2023, I hope your Merry Christmas – the traditional greeting until midnight on the 24th – becomes a Happy green Christmas on the 25th.